Enualios or Enyalius (Ἐνυάλιος) is, in Homer and other Greek authors, either an epithet of the war god Ares or else the name of a separate god, the son of Ares and brother or partner of Enyo (whose name seems to come from his). The name appears as early as Mycenaean, where it seems to refer to a separate god. What is the source of his name?

Chantraine says "no etymology, probably pre-Greek", but the name looks like a well-formed Greek prepositional compound: en-ualios would be "the one in the hualos". This word ὕαλος has several meanings: it later comes to mean "glass", but earlier on seems to have referred to some kind of crystalline stone, possibly alabaster, but also possibly to amber; and Hesychius gives an additional gloss equating it with βόρβορος "mire, mud, filth". None of these gives a clear meaning for the name, though: "the one in the crystal/stone/amber/mire" are not particularly obvious names for a war god.

Are there any good theories out there about the etymology of this name?

You should also consider the PIE preposition

which could be contracted to e̯nu- if used as a prefix.

and then in PIE we have

And this can be supported by the tradition:

(...) one tradition derived it from a Thracian Enyalius, who received into his house those only who conquered him in single combat, and for the same reason refused to receive Ares, but the latter slew him. (Eustath. ad Hom. p. 673.)

This text is from: A dictionary of Greek and Roman biography and mythology, 1873 (ed. William Smith).

So here is the account by Eustathius (although it seems he in turn refers to Arianos): 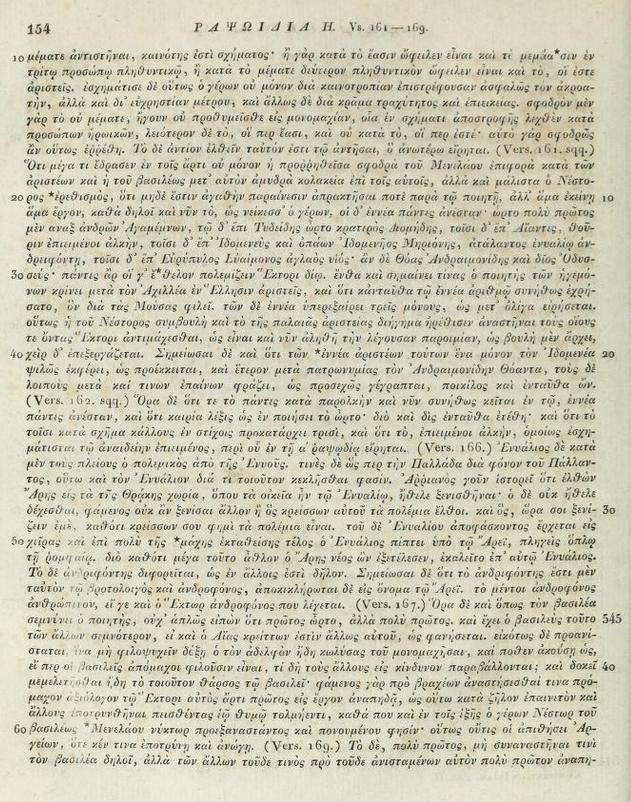 Not the answer you're looking for? Browse other questions tagged etymology historical-linguistics indo-european greek names or ask your own question.