Was the change in spelling from "cw" to "qu" in English associated with any difference in pronunciation? 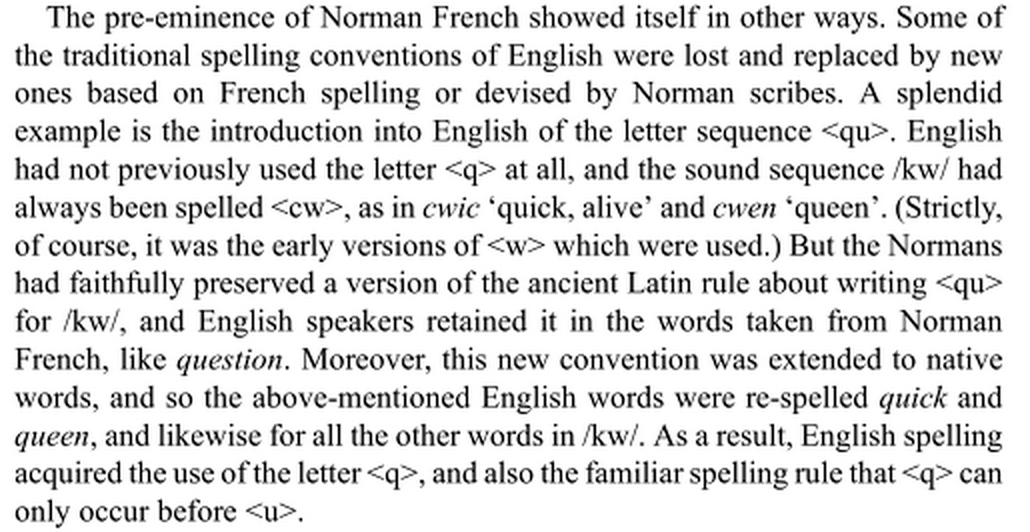 78
Why did Old English lose both thorn and eth?

7
Is explanation part of Historical Linguistics?
6
How did one pronounce an 'r' in Old English?
7
Are there any words that have merged in pronunciation and spelling and then separated again?
14
Do dialects without the meet-meat merger neutralize the distinction in some contexts?
6
Historical development of English pronunciation(s) of "hygiene"
0
How does the pronunciation of r change from "art" to "arth"
5
What is 'OE Gloss.'?
3
Why does English have words from Latin and none from Celtic?
5
Words in English which elided medial 'g' or 'v' (or initial 'h' before 'l', 'n', or 'r')