How to measure phonetic voicing during a stop closure? 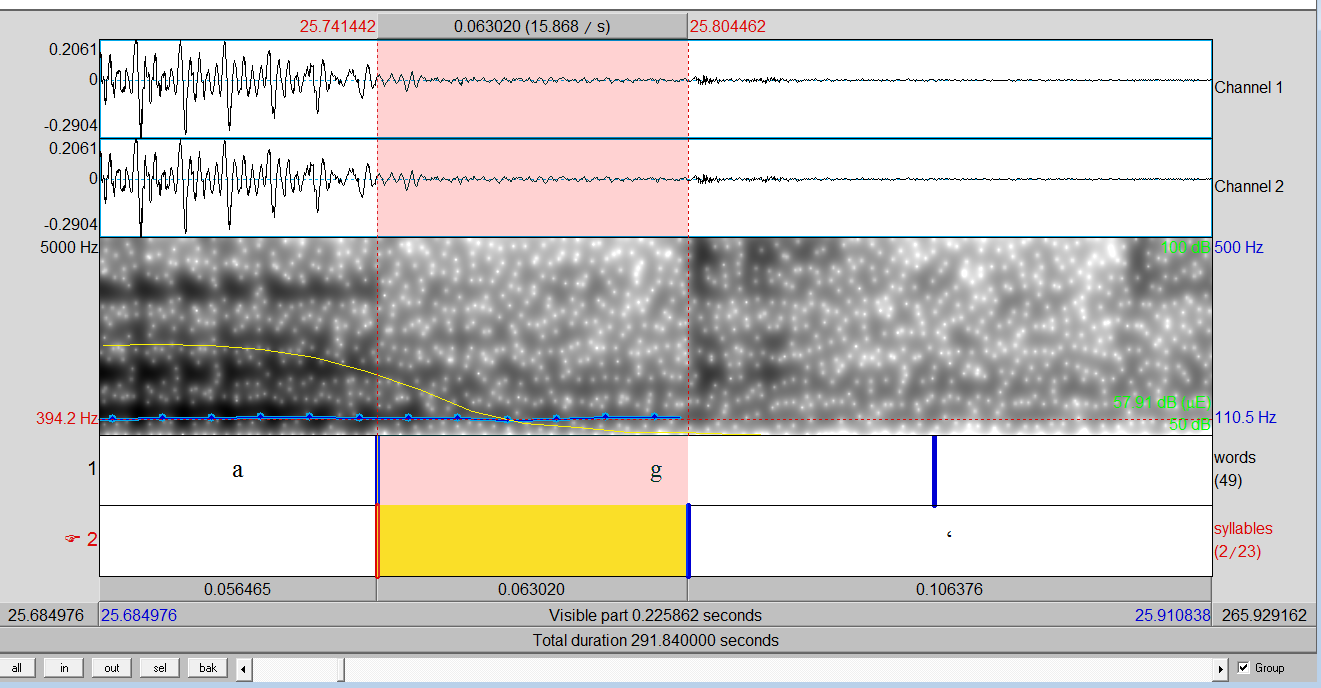 concerning Praat. I am not entirely sure on how to measure the voicing during a stop closure. I marked the consonant closure duration. (You can see part of the vowel.) However, I cannot see where the voice bar ends. Could you give me a few tips? 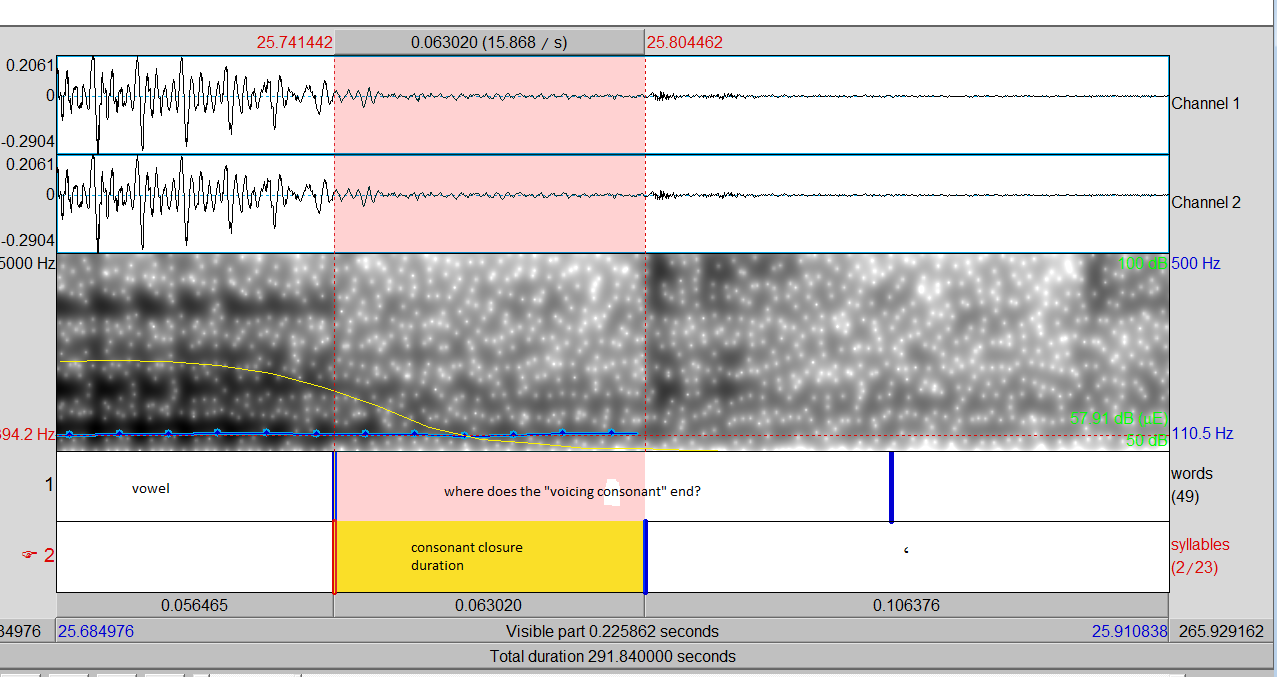 It appears that you're asking when voicing ceases during the closure period of "g" in "bag", where the closure is the selected piece. Since you don't have physiological data on vocal fold vibration, you would estimate it from the acoustic waveform, looking for quasi-periodic variations in the waveform. Notice to the right that the waveform is fairly flat, but not totally flat, because there's usually some noise.

At the left edge of the closure for about 10 msc there is relatively clear voicing. There is still a low-amplitude of peaks and valleys for most of the closure, using the section after the release as your point of reference. If you could compare "bag" and "back", you could more clearly see whether this is present in /k/ as well. If it is, you should disregard that variation as not reflecting "voicing", since /k/ isn't voiced. Otherwise, if you have low amplitude quasi-periodic variation during consonant closure, then I would say that it counts as "voicing" -- unless you've been told otherwise by your instructor. It is difficult to locate the end of that amplitude variation by visual inspection, and does require a measure of background noise. (60 cycle AC noise would persist through the recording and not just be present during production of certain phonemes).

Not the answer you're looking for? Browse other questions tagged phonology phonetics or ask your own question.

1
What is the term for how close a phonetic expression is to its meaning?
4
How is an archiphoneme represented on the phonetic level?
0
How many phonetic symbols are in total languages?
3
How do you determine phonetic similarity between sets of words?
2
Voicing Into Closure? [segmentation, waveform and spectrogram form Praat]
4
How to measure auditory distances between vowels
0
What is the maximum possible number of formants?