Some writing systems go right to left, such as Arabic: 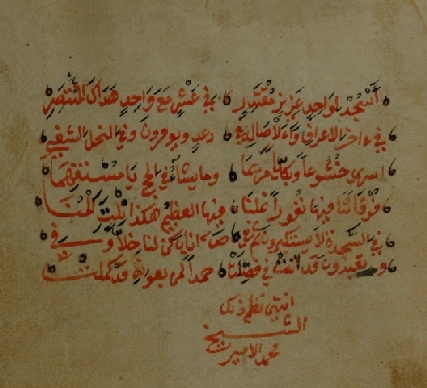 Others left to right, for example modern romance languages: 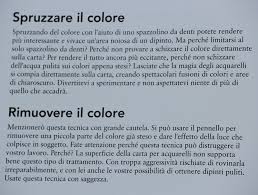 Languages like Japanese traditionally used vertical writing systems where the columns proceed from right to left: 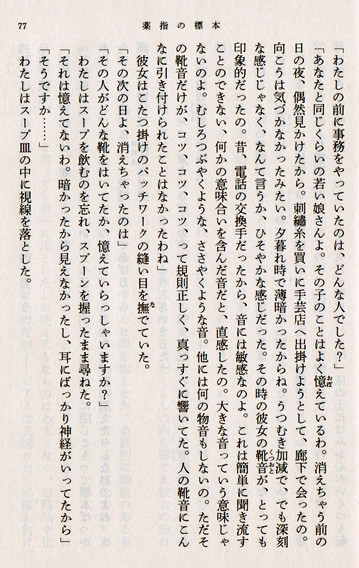 Are there known reasons why these writing systems developed in this way? Does it perhaps have to do with the mediums in which the languages were written or read (for example, on scrolls, tablets, clay)?

Also, are there languages which go from bottom to top, for example, or in a different format altogether?

Actually there are scripts which go top to bottom as well. This is the traditional writing direction in East Asia. I have seen it claimed that when a right-handed person draws a face in profile they spontaneously draw it facing left, and that was the reason right-to-left was the usual writing direction for Egyptian script: the figures faced forwards in the writing direction, and the first, Semitic, alphabets inherited that convention. When the Greeks adopted the alphabet from the Phoenicians they also initially wrote right-to-left but after a while they started writing every second line left-to-right so that each line started just below where the previous line ended, and the letters on left-to-right lines were mirror images of those on right-to-left lines. This zig-zag writing direction was called boustrophedon, roughly 'plow-wise', and may have been helpful for unskilled readers. Some generations later the Greeks gradually shifted to write all lines left-to-right. The probable reason is that if you are right-handed writing left-to-right will allow you to hold your wrist in a more relaxed position without the hand covering or smudging what you have already written. Later western skripts like the Latin adopted the writing direction along with the alphabet itself. Similar developments took place in south Asia, unless people there actually switched writing direction due to Greek influence.

Studies suggest that 70-90% of world population is right-handed. Assuming that this percentage would have been more or less the same when the writing systems were evolving.

The letters immediately on the left, to the right hand are visible as they are being written. This keeps giving a visual feedback to the writer who in most cases will be right-handed.

Writing from right to left keeps the letter formation on the left of the hand (right hand) giving the above advantage.

For vertical writing hence the direction is from top to bottom; note a left-handed person has the same advantage here.

The other advantage which accrues in similar context is that the writing does not get rubbed off as stated by @yellowsky.

The reason for East Asian languages (top to bottom, and right to left) was because the writing was recorded on the bamboo scrolls. The Right hand is responsible for writing, the left hand is responsible for unfolding the Bombay scrolls. The reasons for ancient languages, Hebrew, Aramaiac (RTL) is also the same. The ancient writing was recorded on parchments (animal skins), which has a tendency to roll up. Thus, right hand is for writing and left hand is to keep the animal skin flat. In either cases, the writing direction is primarily influenced by the writing medium and that the majority of people are right handed.

Not the answer you're looking for? Browse other questions tagged historical-linguistics writing-systems or ask your own question.

1
Are there any other examples of words being borrowed via their written forms only (or written forms causing reevaluations of spoken forms)?
0
Why some languages have developed so difficult compared to others?
4
Calculating writing system efficiency with respect to reading ambiguity?
11
How are English spellings determined for words from eastern languages
7
Musical notation in languages with right-to-left writing
10
Why is Greek alphabet left-to-right?
8
Why are mixed languages so rare?
0
Why are meaning, sound, and writing "part of the outside world, not part of language"?