What are these circle-like things on my spectrogram? 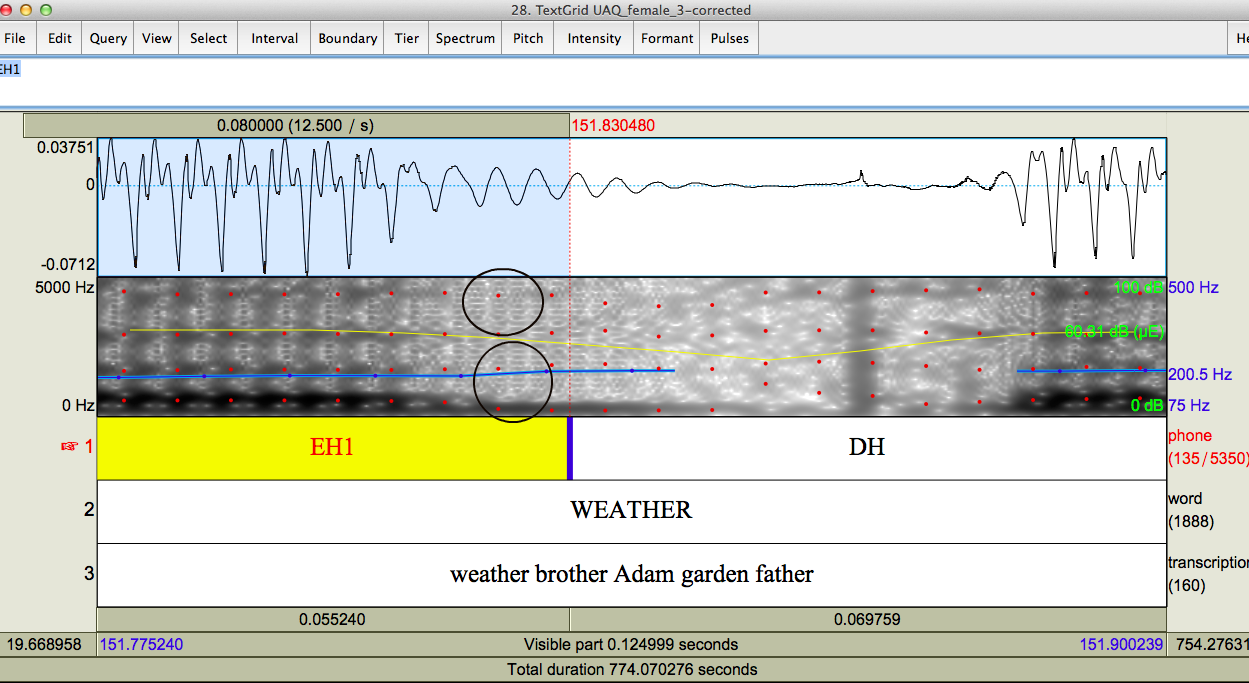 Hello. I know that it is probably hard to see because it's a small picture. If you zoom in a little on your internet browser you should be able to seem them better. At the end of the selected interval (EH1), underneath the semi-sinusoidal wave form, on the spectrogram, you can see two rows of ripples. In fact, you can see them throughout the entire window, but they are more visible where I have indicated.

Does anyone know what these are?

This recording was done on an H4n and 44100Hz in a attenuated booth. The H4n was plugged into the AC wall charger.

It's difficult to tell what exactly you're talking about -- not the semi-sinusoidal part in the waveform at the end of EH1, and not the pattern of 4 dots throughout the spectrogram (the formants). If you could use a drawing program to circle the stuff in question, that would be useful. The roundest thing at the end of the selection (EH1) is in the waveform, and that is basically the last few flops of the vocal folds vibrating during /ð/, but with most of the energy at the fundamental.

If you mean rows and not columns, then I assume that is the small red dots, which are marks (formant tracking is on). If you meant columns, and there are about 7 of them visible near the circles you drew, those are individual harmonics. You also see them at regular intervals in the light areas before the circled part. I put in vertical lines separating the things I think you're talking about. 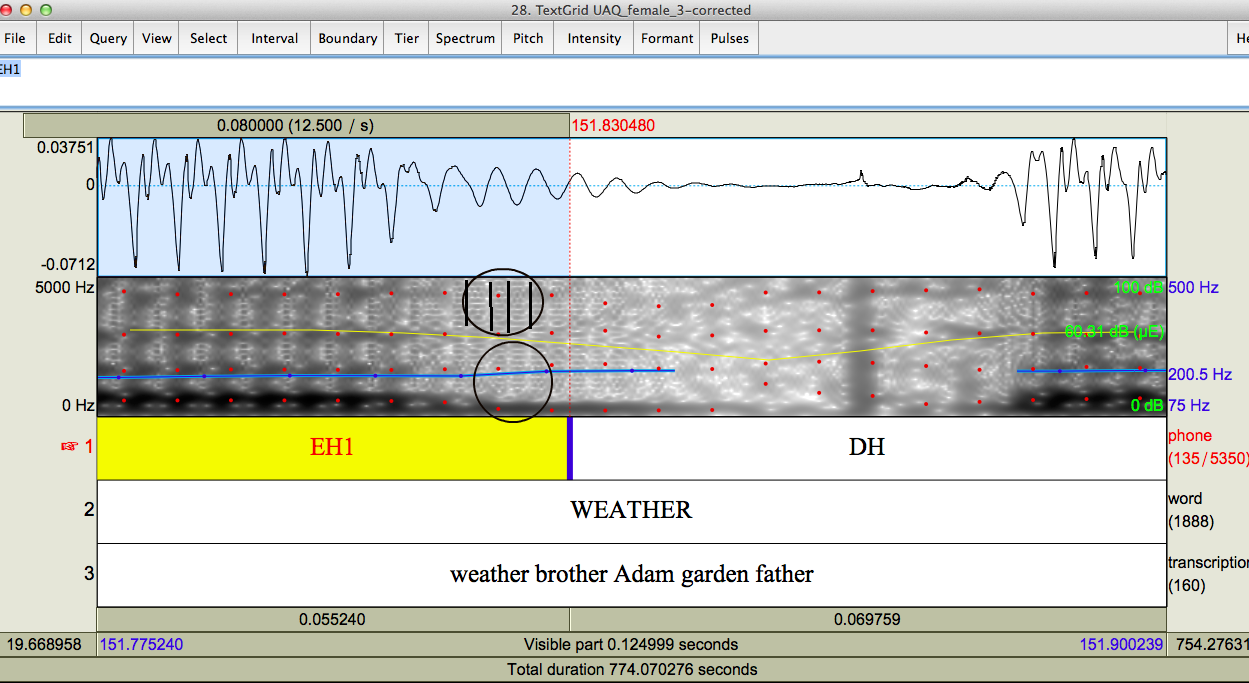 So, I figured out what the ripple-like things are. It's just the image rendering on my 2009 mac. When I use a better computer you can't see them.

0
What is the IPA classification for these sounds?
0
What are LPC coefficients?
6
What are the features that distinguish a velar /k/ from an uvular /q/ in a spectrogram?
3
How these close sounds are distinguished in native language
1
What does a long mid-high unrounded back vowel sound like?
9
Are there languages that can speak of continous things without discretizing them?
3
What do these subscripts/superscripts mean in IPA?
2
What is the difference between these two nasalization constructs in Telugu, ఁ ం?
1
What do these diagrams of vowels actually represent?