What were the westernmost and easternmost Indo-European languages in c. 1350 CE?

More specifically, what are the most historically entrenched westernmost and easternmost Indo-European languages? For my purposes, this excludes the spread of English, Spanish etc. through relatively modern colonization efforts.

If the context helps, it's for part of a talk I'm planning on doing where I want to give a sense of scale of how exactly large the Indo-European language family is.

My initial guess would be Icelandic or Danish in the West (depending on how long ago lasting Norse settlement began in earnest in Greenland) and possibly Assamese or Bengali in the East.

Is this approximately correct?

The easternmost Indo-European language is Assamese, spoken in the extreme east of India.

The now extinct Tocharian language (sc. Turfanian) was spoken around Turfan on the north-east side of the Tarim Basin, at around 89º E, as can be seen in this map from WP which shows the major linguistic groupings in the 3rd Century CE: 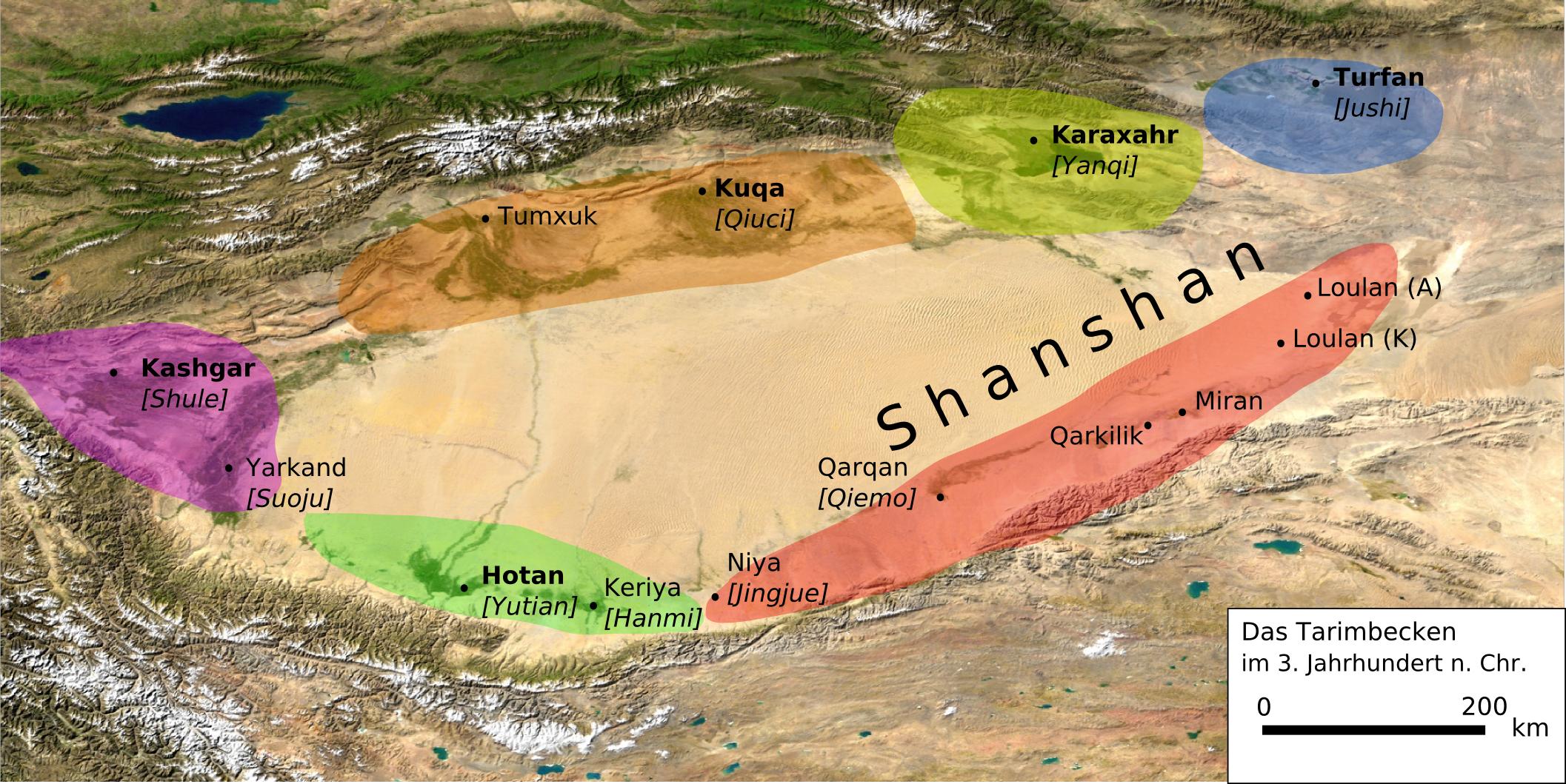 Assamese however extends as far east as the Indian town of Tinsukia, around 95º E, placing it to the east of Turfanian. The locations of the major easternmost Indo-Aryan languages, including Assamese, are shown in this map from WP (the languages in yellow): 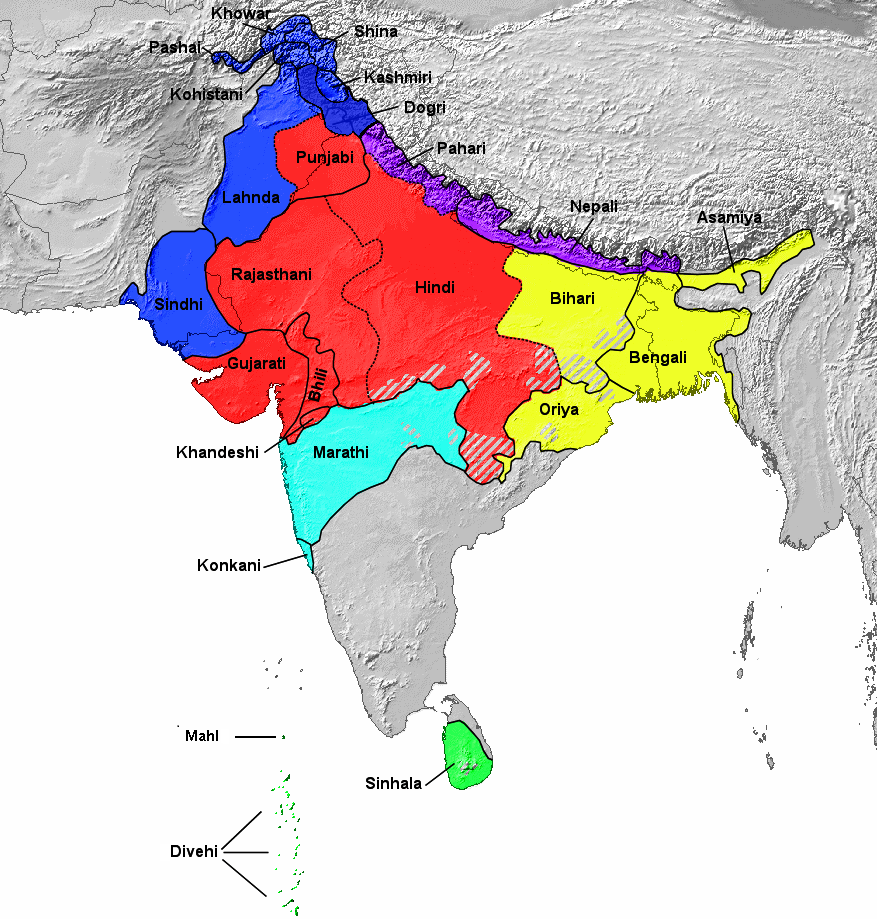 Although not shown in the graphic there are two IE languages spoken in Burma's Rakine State, Chakma and Rohingya, but these do not extend as far east as Assamese.

Xinjiang region of NW China is farthest eastern Indo-European Language according to "The History of English Podcast" http://historyofenglishpodcast.com/2013/08/04/episode-3-the-indo-european-family-tree-4/

I think the westernmost language is Old Norse, due to their colonies in Canada (Vinland) around the year 1000 CE

Not the answer you're looking for? Browse other questions tagged historical-linguistics indo-european or ask your own question.