What does kon- in “konfix” mean?

As usual with terminology, what the term confix means depends on your theory of morphology. Some linguists used it in the sense of what we now call "circumfix." However, Igor Mel'cuk uses it in the sense of "an affix which neither divides the root not it is divided." In his theory of morphology, there are four types: confix, circumfix, infix, and transfix, see the screenshot below from Mugdan 1990: 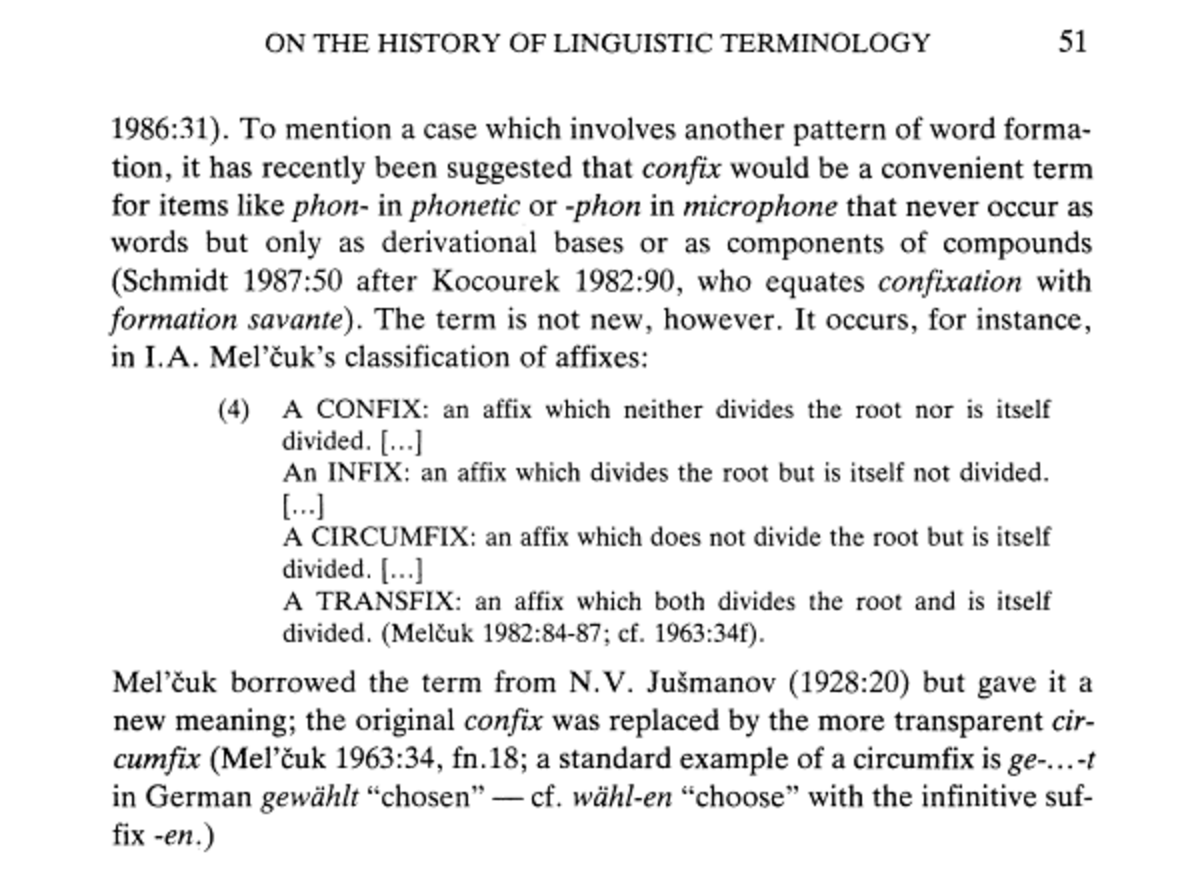 It seems that the term itself was coined by a soviet Arabist N.V. Yushmanov in his 1928 grammar of Arabic. He used it the sense of a circumfix, from Latin confixum "fastened together."

Eins 2015 writes that in French linguistics confixe means a bound root (referring to Martinet) and then it was introduced to German linguistics (Konfix) in the same sense. This article in Glottopedia confirms this,

The word (which I have never heard before, and appears to be used only by German linguists, not in English), is said in Wiktionary to be derived from Latin 'confingere' " zusammenfügen, zugrunde".

Not the answer you're looking for? Browse other questions tagged word-formation or ask your own question.

4
Can words be formed by deriving from just prefix(es) and suffix(es) with no actual root morpheme between?
5
Do languages still invent absolutely new single words, or is coining done around pre existing words?
3
Morphology vs Etymology
4
What determines how a language creates new words? For example, is it likely for English to continue to create new words from Latin in future?