Is there a solution for the ToBI's weakness in showing speech variance?

I'm currently doing a research on the ToBI system (a system for transcribing prosody). The ToBI system is a phonological based system and does not show the variance in speech. for instance an L+H% transcribing two sentences in ToBI system, may be dramatically different since in one sentence the frequency change might be higher than the other. Having said that, I would like to know if there has been any solutions or any endeavors for solving the weakness of ToBI in showing the frequency variance in speech.

PS2. I want to know why don't we show frequency variance in speech in ToBI system? 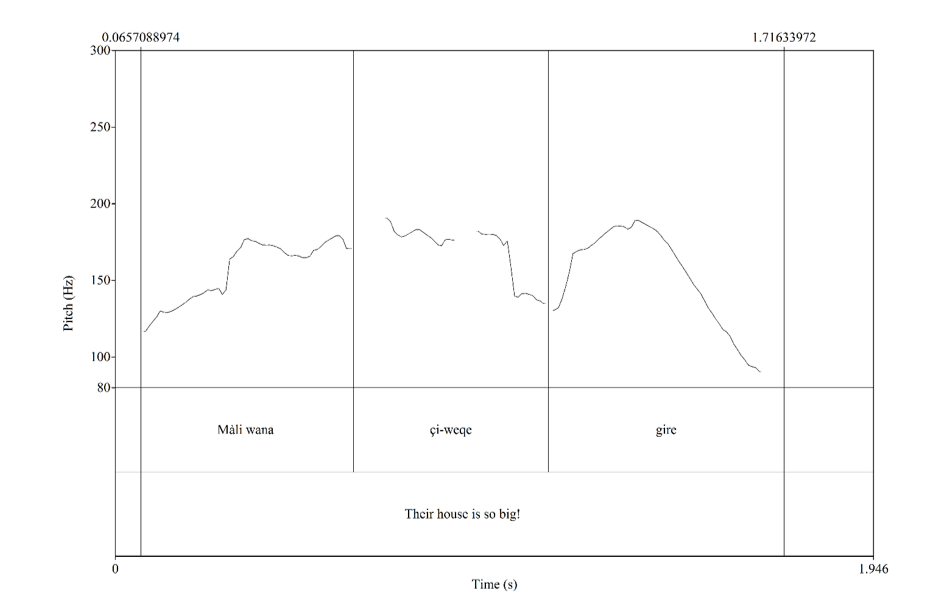 pitch track number 1 shows an utterance. the boundary tone is an H+L% 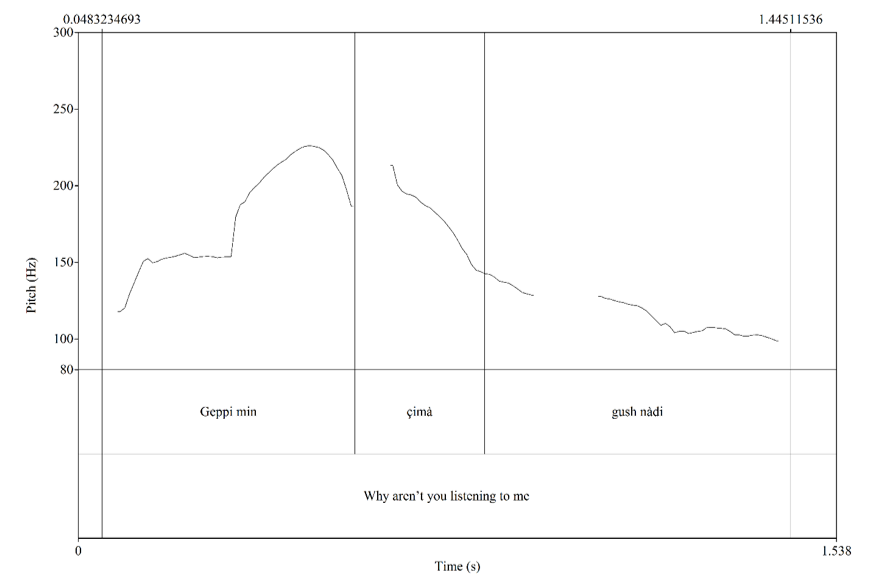 pitch track number 2 shows an utterance. the boundary tone is an H+L%

Now this two pitch tracks are for giving intuition only they may not be exactly the same but I hope you get the point.

Here is an outline of what one would need to do to set up a ToBI system for some Kurdish language. I will make up somewhat hypothetical examples to make the point clearer. You first have to establish what the lexical contrasts are. You might find that there are two distinct words like [hɑɫo] "eagle" and [haɫu] "plum", which show that the vowels [o] and [u] "contrast" in the language. These are systematically different words, and this feature of pronunciation is how the difference is signalled. You may also find differences in pronunciation which are the result of a rule, for example there are different vowel qualities in [kæʃ] "mountain" and [bɑ:ʃ] "good": looking at many examples you discover that [æ] is always short, so there is a rule that allows you to predict when you get [ɑ] versus [æ] – these particular vowels do not contrast in the language, even though both are used in speech.

ToBI being about intonation, you would move on to determining what the lexical contrasts are, if any, for word stress. You may find words like [raˈma] "he ran" versus [ˈbramæj] "run!", or [ˈgo:ʃe] "ears" versus [sɛˈre] "heads", which suggest the possibility that stress position is also contrastive, and isn't just the result of a general rule of pronunciation. This is like the English difference between the noun ˈpermit and the verb perˈmit. For the sake of discussion, I will assume that the position of stress in the word can't be predicted by a general rule.

If you record many words and separate them into groups according to which syllable has the stress, you will find that even within a group with the same stress position, even looking at two different recordings of the same word, there will be differences in the pitch profile. These would be non-contrastive differences, and they don't go into a system of phonological transcription. Instead, you would describe the differences quantitatively, by saying for instance that the pitch peak is delayed by 30% of the syllable duration, or the pitch reaches only 50% of its target value, or something like that -- a difference in amount. However, the kind of difference difference reflected in [raˈma] vs. [ˈbramæj] is one of category: which syllable has the stress?

Now turning to what ToBI is for... The implicit claim of that kind of analysis is that there are meaning-type distinctions (pragmatically distinct classes of utterances) where different pragmatic categories are signalled by picking different intonational patterns. Although it's usual to give longer utterances, you can find different pragmatic categories just looking at the pronunciation of a single word. A common place to find such a difference is pairing statements and questions, especially if the language doesn't change word order in questions. Then you might find a systematic difference between declarative [maħa:sɨl e:ne] "they are students" and interrogative [maħa:sɨl e:ne] "are they students?", where the difference is that in the question, the final pitch is higher (which I indicated with bold versus italic). You might even get differences like [ʒæne:] "women" and [ʒæne:] "women?", with a difference in pitch in the question form. In this case, we have a systematic difference, but it doesn't signal different words as in the case of "eagle" and "plum". It's a difference in pragmatic category. The analysis could be (I emphasize, could be, you would have to work out a system) that the interrogative function is marked by a H boundary tone and the declarative function is marked by a L boundary tone.

This would be an example of the kind of contrastive categories that ToBI is designed to capture. If you find that a dozen interrogative utterances have a dozen different pitch profiles, that is beyond what ToBI is designed to capture. You can use a ToBI analysis to group together a set of utterances that have the same analysis (e.g. H boundary tone) and pragmatic function (interrogatives), but if there are still phonetic differences within your corpus, you would have to find a different way to describe the difference, other than with discrete ToBI transcriptional differences.

Addressing your specific pitch traces (and assuming you're looking at the difference at the very end), I would not assume that those two utterances have the same boundary tones. I might say, for example, that your first exclamative example has HL boundary tones and the interrogative has just L. But the explanation could also be something more lexical, which is why you have to work out a system of rules to predict where word stress is. A better example would be something like "How big the man is!" vs. "The man is big", assuming you can convey that difference just with intonation.

Not the answer you're looking for? Browse other questions tagged phonology prosody intonation or ask your own question.

3
Why don't we use frequency change in ToBI?

26
Is it common to use the minor third for calling someone?
4
Are there languages in which lexical pitch accent and phonemic vowel length vary independently?
3
Why don't we use frequency change in ToBI?
4
How is IPrA going to change the way we transcribe prosody?
3
What are the advantages of using ToBI for prosodic analysis?
4
What is the difference between formant frequencies and pitch frequency?
4
Why Did Koiné Greek Still Write Double Letters?
1
Understanding 5-tone register systems
1
Is there a dataset/list of rules mapping words in sentences to prosodic features?
3
What is known about the voicing of Hittite consonants?