Is there a term for words which falsely appear to be related etymologically?

I was doing research into the use of axes in Japanese martial arts. I discovered that the common name for this tool os "ono." I then discovered that is has another name, "masa-kari."

If I were to mispronounce this word in English, it would be very close to sounding like massacre.

So I looked up the etymology for massacre. It seems to come from French, and they seem to have gotten it from Latin (around the 1500's).

There appears to be no link between massacre and masa-kari. Though I would expect one. Why?

Because of the similarities between maces and axes.

I can accept they are not related etymologically. What I am curious about is, are there words that appear in multiple languages, that appear related, but have no connection to each other?

Is there a term for this phenomena? Yes, I get statistics, and random chance. I'm not asserting magic, or divine intervention. I'm trying to asses this using scientific method.

If anything I have stated is inaccurate, I apologize please correct me. I am no expert in this field, and I do not claim any expertise.

The phenomenon is known as chance similarity, or chance resemblance. Words exhibiting this phenomenon are known as false cognates. 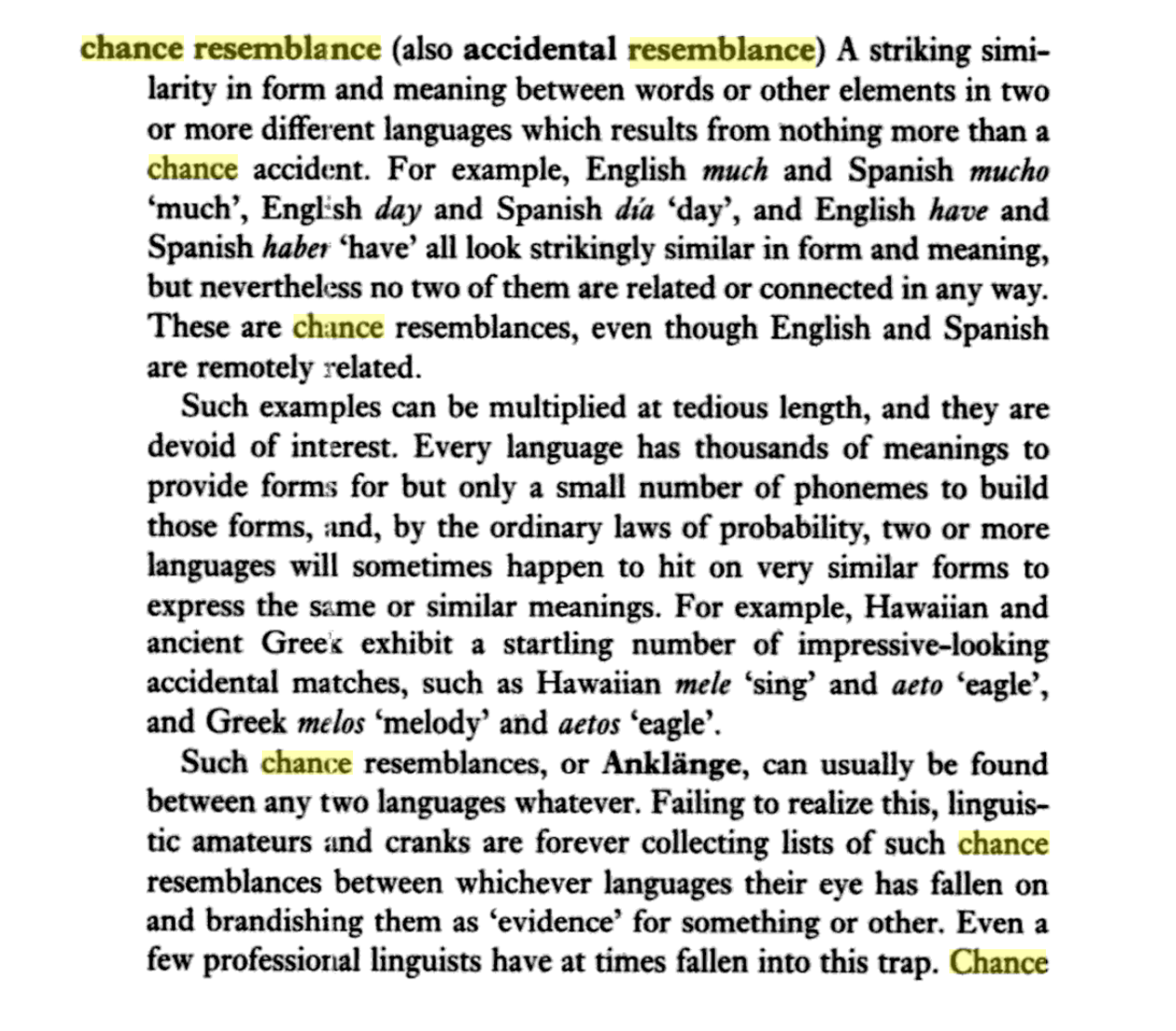 Not the answer you're looking for? Browse other questions tagged terminology etymology or ask your own question.