I have found the following partial hiragana chart on t he internet. I was wondering, in IPA, how does ji (じ) differ from dji and zu (ず) differ from dzu? Technically, how are these pronounced? Thanks.

Also, with a Japanese input keyboard for Android, how do I enter the latter characters (those prefixed with a 'd' in the picture)? 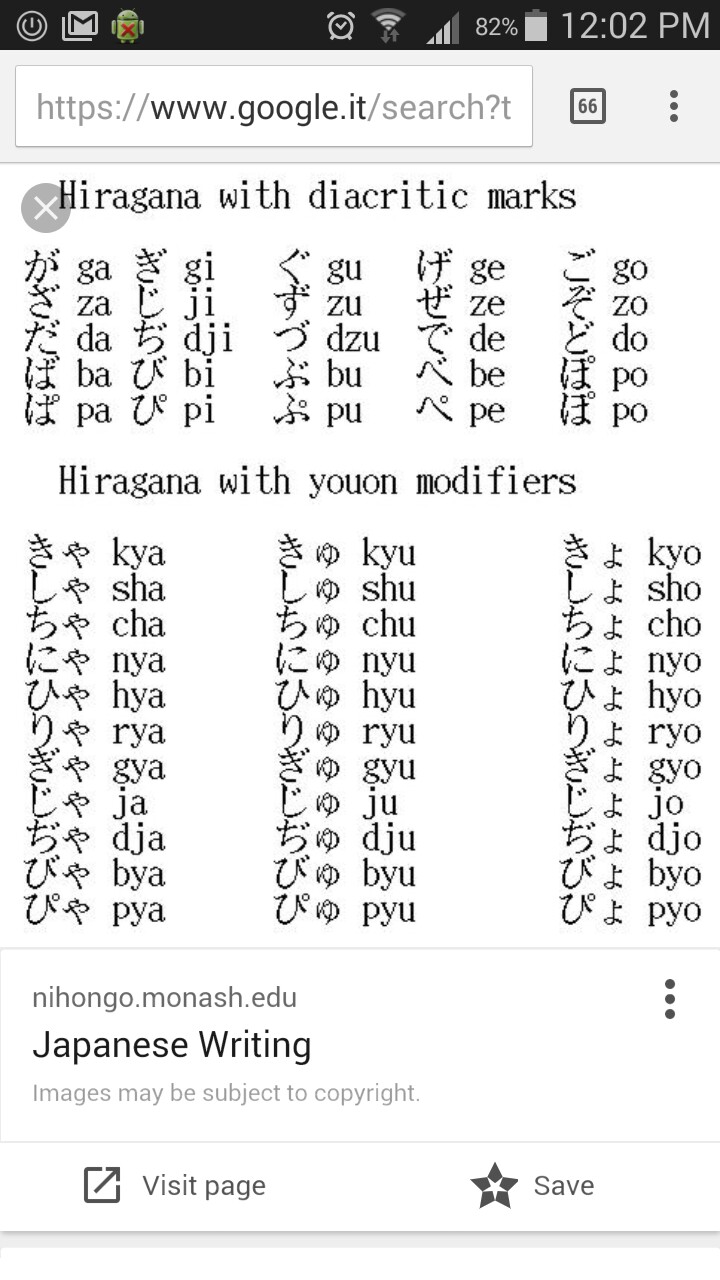 The difference between these four is the topic of the article on yotsugana (四つ仮名). In south Shikoku, they appear to be all different. However, in standard Tokyo Japanese, じ = ぢ and ず = づ.

The actual diachronic change of [dz] to [z] is variable in standard Japanese. According to "The Sounds of Japanese", the affricate [dz] occurs at the beginning of a word or immediately following a syllable-final consonant, and the fricative [z] occurs in the middle immediately following a vowel. This isn't affected by which kana is used to transcribe it. The kana じ and ず are more common anyway since the gendai kanazukai (現代仮名遣い) post-WW2.

Not the answer you're looking for? Browse other questions tagged phonetics ipa japanese or ask your own question.

4
Pronunciation in languages from East Asia of words that are Japanese loanwords in English
2
Where on the Internet can I find sound files so that I can hear the alveo-palatal consonants?
2
"Regarding" in Korean and Japanese
0
How linguists determine the sounds a speaker is performing
11
Do voiceless approximants exist? What is the consensus among phoneticians/phonologists?
0
Pronunciation and spelling of English loanwords in Japanese
3
Differences between free languages and official languages?
11
When and how did the Japanese honorific system evolve?