Where to start with deciphering this language? [closed]

Ask Question
Asked 6 years ago
Modified 6 years ago
Viewed 339 times
0
Closed. This question is off-topic. It is not currently accepting answers.

This question does not appear to be about linguistics within the scope defined in the help center.

I do apologize if this question has been asked before or has a better place on a different part of the StackExchange network, but I've run out of places to ask this.

While playing through one of my most beloved video games in search for hidden clues about one of the game's most mysterious races, I happened to come across a somewhat legible snippet of text on one of the floting screens seen below: 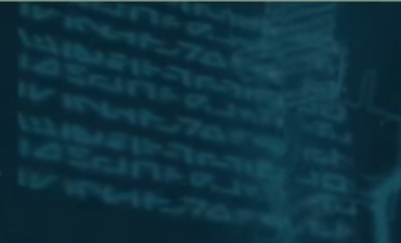 Since then, I've done what I can to try to compile what I understand about this language and its people in an attempt to determine what it says. As some starter notes:

With that in mind, below is the transcript of the three lines I was able to pull from the original image. It should also be noted that in the original image, these three lines repeat again and again, never to be broken by the introduction of a new phrase. (I apologize if the image is rather large; I wasn't sure how to scale it down without having to reupload it entirely) 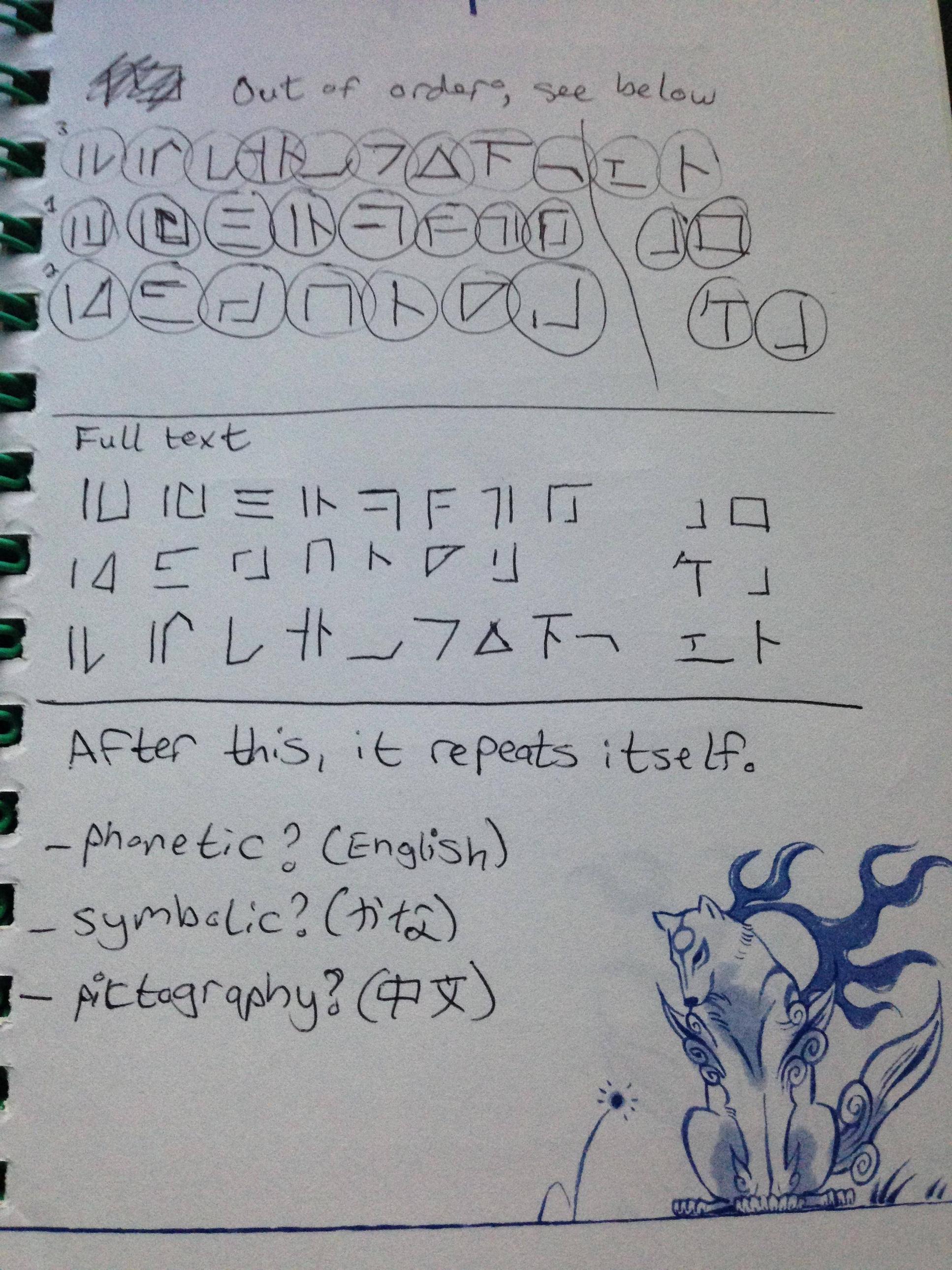 Anyway, I plan to start trying to take this passage apart going on the assumption that it's an alternative English alphabet, especially since a character resembling ト appears the most often. However, if my current assumption turns out to be a dead end and I can't make any progress with my second--which is to try to match characters to the kana syllabary--I'll be fairly lost as to where to go from there. There's no written language for the Nazca culture, as far as I know, and while I've been told there's a possibility this alphabet has some Greek roots, that only gets me so far before I run out of ideas again.

So finally, we arrive at my core question, which is this: How do you go about deciphering a language without any spoken basis, no native speakers to converse with, or another other leads to go on besides ones provided by context alone?

"How do you go about deciphering a language without any spoken basis, no native speakers to converse with, or another other leads to go on besides ones provided by context alone?"

With no inroads such as you've mentioned, all you can do is play a game of decipherment; but basically any solution you find will be something you have invented: you have no way of checking your rendering against anything else. (See some of the wildly varying "translations" of Etruscan texts over the years - and that was a real language, with some context available for the inscriptions).

If it is a language (and it could be, lots of games have conlangs) step one is get lots more data, preferably some with known translations or at least known topics.

20
How are languages deciphered?

3
Was there an evolution of the Greek alphabet in the Middle East?
5
Are there any existing guidelines for romanizing Aynu Itak?
5
Where this notation comes from and what it means
1
How do you translate academic runic encodings to runes (ᚠᚢᚦᚨᚱᚲ)?
2
A Lesson in Transcribing Egyptian Hieroglyphics
3
Is there a a name for the process of translating from a language to another following the evolution of words in each of the languages?
3
How does one identify the language a text is written in. Or if it is a code