Is there a language that uses the International Phonetic Alphabet as their official writing system? Basically,

I don't know of any language that strictly meets these criteria, certainly not any major language, but there are some almost-but-not-quite cases: 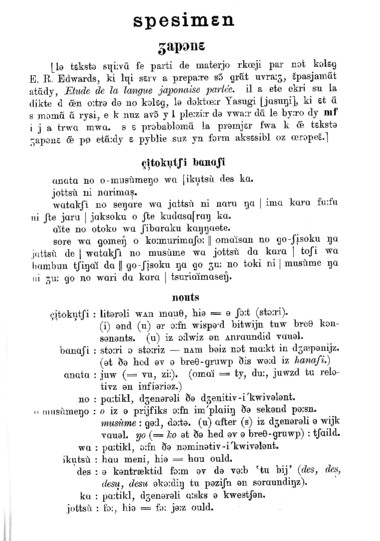 No language (to my knowledge) uses pure IPA as its writing system. But there were orthographies devised for many Western African languages that heavily borrow IPA characters (like ŋ, ə, ɛ, ɔ, or ʃ). However, they have added the usual Capital/Lowercase distinction to their writing system, in this way deviating from IPA.

The constructed language Toki Pona is written with IPA symbols. This is a phonemic transcription that doesn't account for allophonic variation, but still, the letters can always be read according to their IPA values. According to Wikipedia, the language has over 100 speakers. Here is an estimate of relative differences of the number of speakers of several conlangs, including Toki Pona, based on LinkedIn profiles.

I haven't found any natural language that is written with IPA without exceptions, but there are a few that come pretty close, e.g. Hawaiian.

Not the answer you're looking for? Browse other questions tagged ipa list-of-languages or ask your own question.

8
IPA for phonemes - does this make sense at all?
3
Is IPA obsolete?
9
Does sample text exist that includes most English sounds represented by the International Phonetic Alphabet?
4
How to convert a string to their IPA equivalent
1
Do English and French share the same international phonetic symbol?
2
How do I translate a DARPA phonetic alphabet transcription into an IPA transcription
4
Is it possible to read the narrow IPA transcription of one's native/fluent language as effortlessly and quickly as its conventional orthography?
0
What is the use or quality of the orthography-to-IPA mapping charts?