a question about grammar and syntax [closed]

can anyone provide me a short critique for the following analyses of the sentence. About their advantages and disadvantages and provide evidence if possible!!thank you.

I have no idea about this.

You need to learn how to use diagnostics to tell you whether you have the right structure. One such diagnostic is provided by "and", which connects constituents of the same category. In the tree you give, "might have been watching television" is not a constituent. Yet we can form:

That tells us that "might have been watching television" is actually a constituent which has the same category as "has no idea what happened". 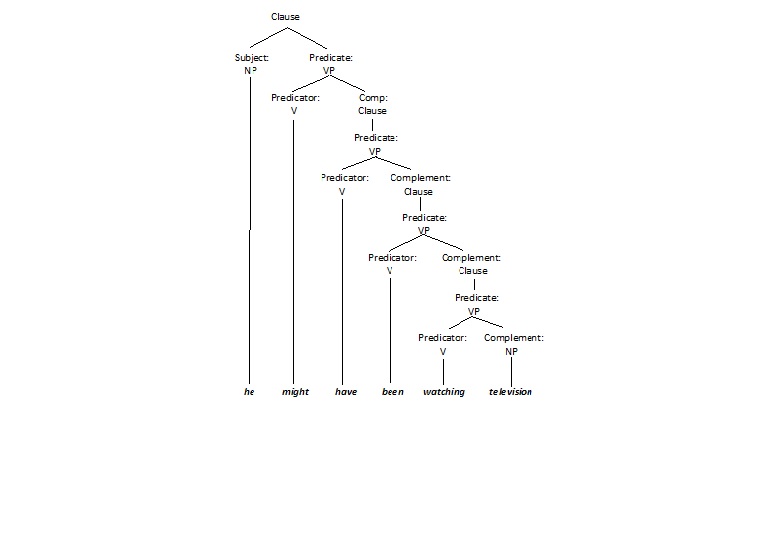 Not the answer you're looking for? Browse other questions tagged syntax english grammar syntax-trees or ask your own question.

2
Where to attach 'of too much cholesterol' while drawing the syntax tree (x-bar theory)
4
Do Modern Grammar Theories fall short in explaining Free Word Order?
0
How to provide evidence that my hypothesis is correct (the same structure but the constituents are different), syntactic structures, constituency
0
Is type theory compatible with n-ary branching?
0
What is the more natural parsing, the one that leads to the preferred reading of the sentence