Labialisation and palatisation in IPA: one consonant or two phones?

When is a consonant simply followed by labliasing sound like /u/ or /w/ and when is the consonant itself considered palatised or labialised?

The answer, I would guess, is when the phonemic difference is contrastive. This is problematic because in many phonetic transcriptions of words which do mark consonants with a raised modifier (see Polish and English above), the sounds are not contrastive in the language described.

If these are not interchangeable, when should I use either?

Deciding between a cluster analysis and a coarticulation analysis when the two do not phonemically contrast is always to some extent a matter of analytical choice, so there's no general answer to your question. Even in English at least one serious linguist has proposed that e.g. the initial cluster of a word like stop should be considered a single phoneme. Here are some possible factors that could influence your choice:

IPA was not designed for languages with palatalized consonants, so it uses different signs when dealing with different languages. For instance, in Russian, Irish and German the IPA notation is different. In Russian and Irish it is mostly denoted by the IPA on the consonant, in German - with the following vowel. Even for Russian some palatalized consonants get superscript j as indication of palatalization, while others have separate characters, in some cases the both ways are permitted. IPA is just a mess.

I can tell you that when I read professional linguistic literature, I usually face with ad-hoc transcription systems, without any proper description. The professional comparative linguists even when dealing with Russian that contrasts the two, often use "j" where there is no such sound! For instance, I often see things like "bjelo" when dealing with Russian, even though this field requires precision in depiction of phonemes!

Below is an excerpt from Fortson's "Indo-European language and culture". All listed words are supposed to be Russian and used to analyze sound changes: 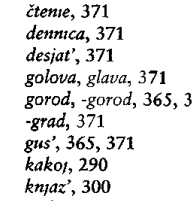 How one can arrive at precise reconstruction of an ancient language if he does not distinguish different consonants in a living, widespread language, where these differences are phonemic and etymologically determined?!

Not the answer you're looking for? Browse other questions tagged phonology ipa phonemes or ask your own question.

1
Size of phonemic inventory of individual speakers across different accents and dialects of English
2
When do syllabic consonants occur?
24
American English : are [ə] and [ʌ] different phonemes? (schwa vs. chevron)
6
Contrast of degree of aspiration in Korean
3
Why does Kirshenbaum use ‹r› for [ɹ] and ‹r<trl>› for regular [r]?
1
The anatomy of the L sound
2
What the palatalized [ʲ] means
5
At what point did the feminine ending fall silent in Semitic languages?
3
What is known about the voicing of Hittite consonants?
0
Data analysis of æ (tense) and æ: (lax) (Lexical Phonology)