Has Russian to Spanish transliteration changed much over the centuries?

I want to know which norms might have governed the spelling of some Russian names which were written down in Spanish around around 1750 - 1850. A number of formal standards exist today, such as ISO 9, but how would it have been done a couple of centuries ago?

Yes, although I'm afraid to say that then, as today, healthy chaos reigned. Transliteration conventions depend as much on other aspects of the context - the writer's familiarity with Russian, the intended audience, the keyboard or press available - as on the year.

So which conventions do correlate with year? These days, we can find the English convention 'sh' being used more, and also the letter 'k' in places where 'c' would work, and 'y' in 'Krylov'. We also see 'y' used in ways that correspond to Latin American pronunciations.

For example, Pushkin vs Puchkin: 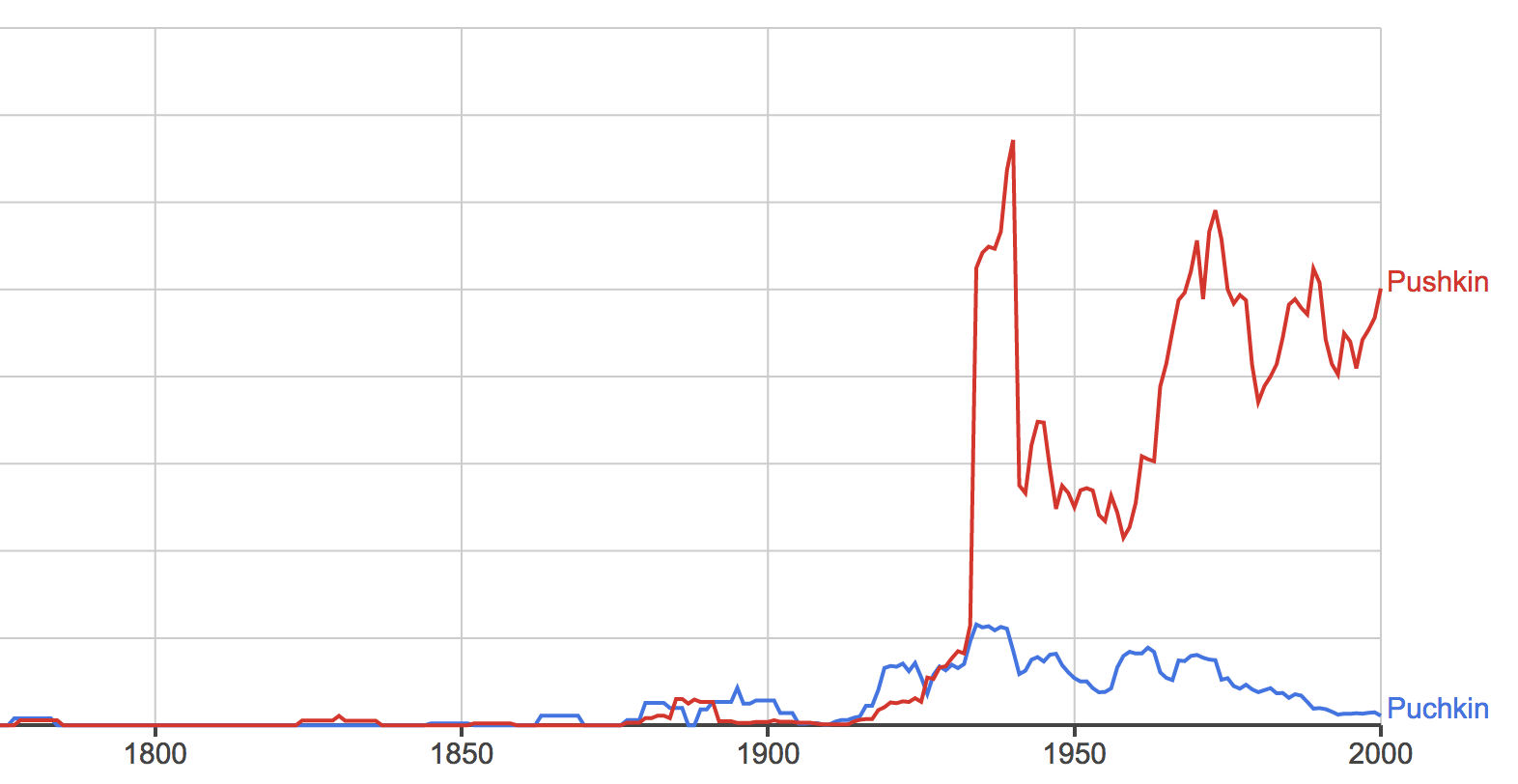 Some aspects are still open questions - hence Aseev/Aseyev/Aseiev, Yershov/Ershov - and it is likely that the precise balance has shifted over time.

You can select from Rusos del siglo XVII and search variants of their names in the Google Books n-gram viewer for Spanish books from 1800 on.

If we go back a few centuries further, then 'x' had yet another value, and English was even less dominant.

Not the answer you're looking for? Browse other questions tagged spanish russian transliteration or ask your own question.

13
Do Spanish speakers prefer certain words for certain aspects, like in Russian?
31
Why the prevalence of “ph” in transliteration?
10
Before being borrowed by Europeans, was “hurricane” ever pronounced with an initial “f”?
7
What came first: «starboard» or «estribor»?
5
On the phonetics of Russian ы
0
Is it accurate to say that the Spanish language has no connection whatsoever with the Greek language?
1
What is the purpose of transliteration?
3
Differences between free languages and official languages?