What is the difference between formant frequencies and pitch frequency?

Sorry if this question sounds a bit basic. I haven’t had a solid grounding in phonology/phonetics yet so I am a bit confused about these concepts.

We’re trying to build a model which studies certain properties of tonal languages. I understand that a vowel can be generally represented by four formant frequencies. However, I’m now trying to add tone into the representation, and I’m a bit confused by the relation between formant frequencies and pitch frequency. 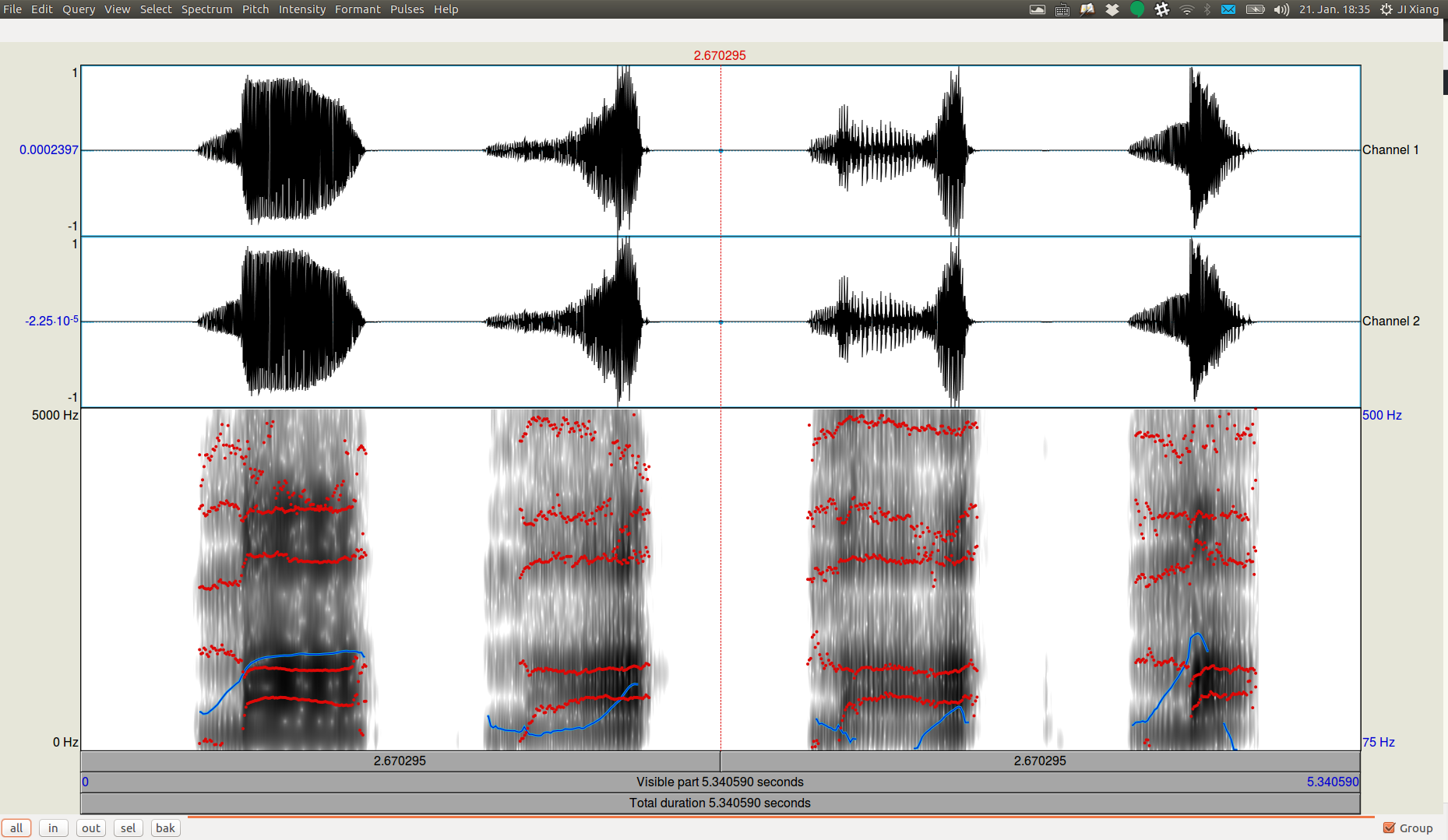 I've read the paper (de Boer 2000) which represents vowels with two dimensions: f1 frequency and a weighted result of f2-f4 frequencies. Now we're trying to add the tone property into a similar model. My main concern is, whether pitch frequency is completely independent of formant frequencies. If so, I might be able to just add it as extra one or two dimensions which are supposed to be independent of the already existing dimensions for formant frequencies (Though the scale of such dimensions would still be a concern). If not, then the task of adding tone into the model might be considerably more challenging.

Somebody has suggested that pitch is only related to the base frequency/base f0, and thus shouldn't interfere with the two dimensions already existing in de Boer's model. Does that make sense?

There is a limited sense in which F0 (which is the acoustic property perceived as pitch) and F1-F5 are not independent, which is that if you have a tiny larynx (high F0), given the nature of human anatomy you will not have a really long tube (which determines formant frequencies). Another dependency is that resonance frequency can always be meaningfully computed, but F0 cannot. You can calculate formants from fricatives and stop bursts and in general from any aperiodic sound, but computing fundamental frequency presupposes a semi-periodic source. Thus anything with pitch has a formant, but the converse is not true.

So you not only can add F0 as an independent dimension, you have to.

Not the answer you're looking for? Browse other questions tagged phonology phonetics praat tone language-models or ask your own question.