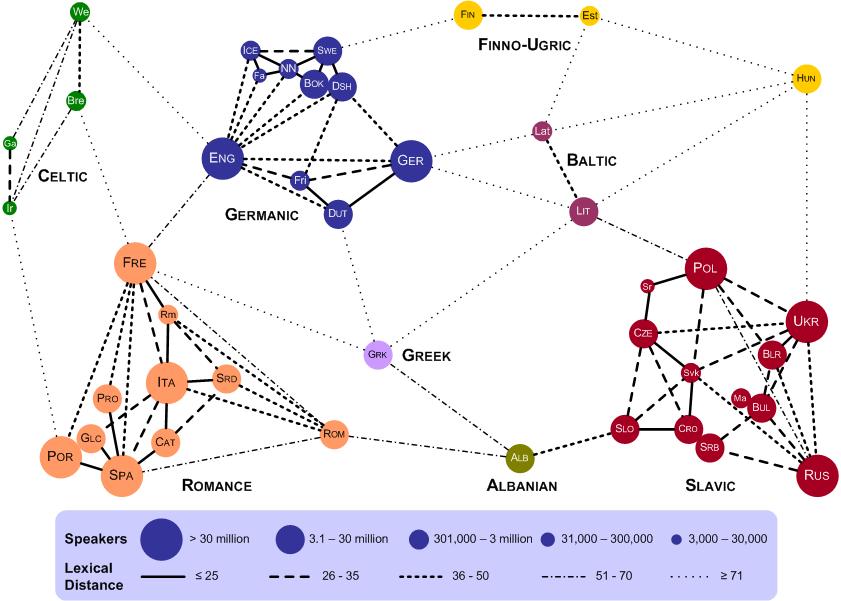 10
Why do languages have different syllable complexity from each other?
10
Is the German "conjunctive" the same as the "subjunctive" of other languages? If so why the different name?
16
Do linguists measure the relation distance between languages? How?
6
Influence of Polish and Czech on the phonology of German dialects
2
What can be said about the evolution of syllable stress in related languages?
1
What is different about Pacific Northwest English, other than vowels?
3
How intelligible are German and Dutch to each other?
0
Why are Slovak and Belarusian languages very related to each other while the two countries are geographically far from each other?
2
Are Germanic languages closer to Italo-Celtic languages or Balto-Slavic languages?