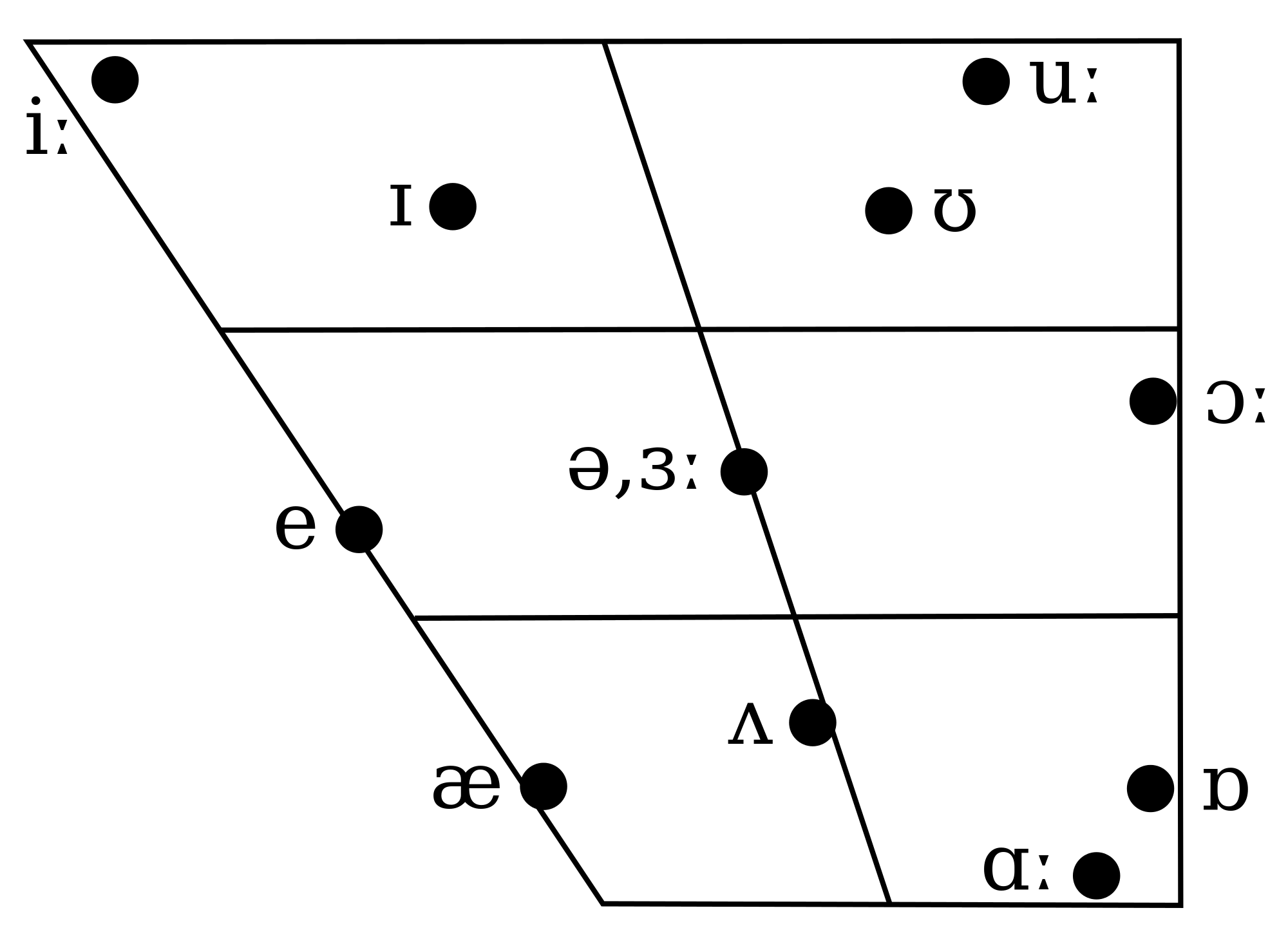 against a consonant table:

The vowel diagram shows the position of the tongue when pronouncing this or that vowel. This position, as well as lips being rounded/unrounded are the only factors that influence the quality of the English vowels (the diagram is for the English language), all the vowels are produced in the same manner: the air freely flows through the open mouth, the position of the tongue only changes the shape and the volume of the resonator (mouth cavity).

To add to the 2 answers, it seems worth noting that the "highness" and "backness" of the two dimensional vowel space can be mapped to the frequencies of formants one and two of a vowel articulation.

The general answer is that consonants have too many distinctive features to give a nice spatial representation like what we have with vowels.

The differences in presentation reflect the nature of how consonants vs. vowels are produced. The arrangement on the horizontal axis reflects location of the major constriction, but is mapped in terms of the entire vocal tract as a straightened tube for consonants, vs. just the tongue body for vowels. The vertical axis for vowels iconically represents degree of constriction, but for consonants that is only half-true (plosives and fricatives). Since there are separate symbols for nasal or phonatory differences in consonants (and not in vowels), the vertical dimension has to be recruited to also represent those consonant properties. There are more degrees of constriction for vowels compared to consonants.

Not the answer you're looking for? Browse other questions tagged phonology or ask your own question.

44
How do linguists place the vowels of a language precisely on the vowel trapezoid?
15
In Japanese, why do certain consonants change depending on the vowel?
7
What is the primary phonological difference between dialects, vowels or consonants?
3
What is the consonant equivalent of Well's lexical sets for English vowels?
6
How dissimilar must case endings be to each other?
5
Why do we censor vowels, rather than consonants?
0
List of vowel and consonant sequences across languages
5
Are mutually counterbleeding and mutually feeding phonological rules possible? Why not?
2
Is a long consonant counted as C or CC in syllable structure?