Did Brahmī use consonant conjuncts?

In many of the scripts descended from Brahmī, a consonant cluster like /kt/ is written as a ligature; but there happen to be no such combinations in the small samples I've seen of Brahmī itself. Are any conjuncts attested?

Nice question. Apparently, the original Brahmī did have conjuncts similarly to its modern descents (Devanāgarī etc). So say open sources (e.g. here). If we look at the evidence provided by the oldest inscriptions, we effectively find some examples of consonantal conjuncts, but not as many as in Sanskrit Devanāgarī. This is easily explained if you think to the fact that Aśoka's Brahmī inscriptions were in Prakrits, rather than in Sanskrit, and in Prakrits most of the old consonantal clusters were phonetically simplified into single consonants.

Let us look at Aśoka's Edict at Mount Girnar. I've marked with color some examples of conjunct akṣaras: the one in orange reads tpā, the one in pink is vyaṁ, the one in blue reads mhi. Notice also that the first two are built bottom-up, while the last is built from left to right. The sign after the one I've marked with orange reads pa, while the official transcriptions renders it as a pra: this must be an archaicizing transcription of this akṣara, since most probably it was not a cluster anymore and was effectively read as [pa]. 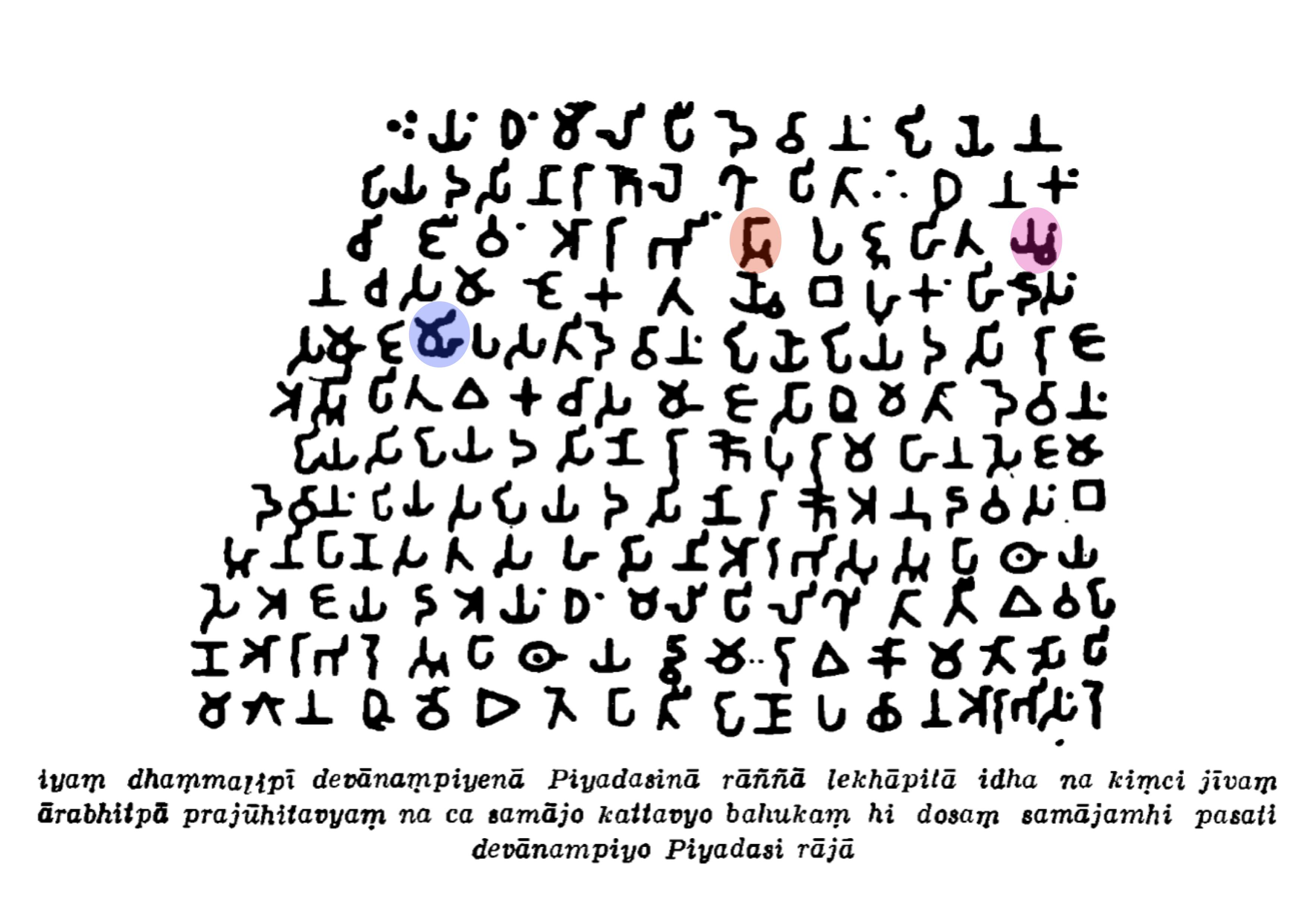 Not the answer you're looking for? Browse other questions tagged writing-systems indian-languages or ask your own question.

4
Calculating writing system efficiency with respect to reading ambiguity?
3
Which writing script can represent all human sounds?
2
How many languages are there which use the Arabic Script, besides Arabic?
5
Does the Telugu script have near perfect phonemic orthography?
9
Why is Hangul (Korean script) not considered an Abugida
5
Is a vowel only writing system possible?