What is the origins for the ban on crossing association lines in feature geometry?

In reading about Clements' structural representation of features, the phonetic contents of a segment are organised into feature tiers and 5 class tiers (root, lar, supralar, place, manner). 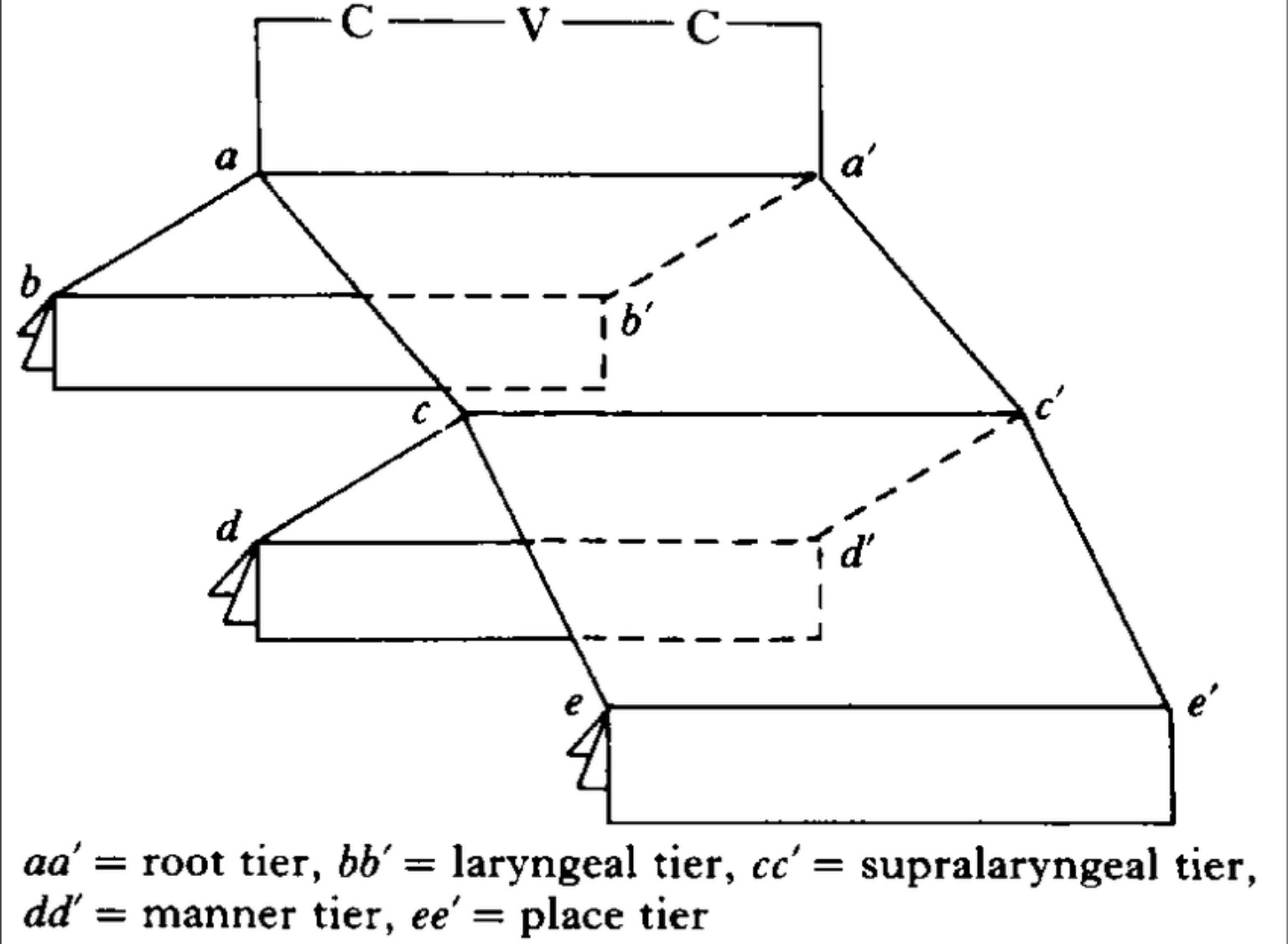 In this model, there are "association lines" which cannot be crossed.

In any case, what is the motivation for the ban on crossing association lines? That is, for what reasons does the ban have explanatory value?

Association lines are used for phonological representations, not processes (processes operate on representations). In the simplest kind of case, bábâ has two tiers, baba and HL, with the elements of the tiers being related by association lines. Without association lines, neither tier could be phonetically implemented – a vowel cannot be implemented without some tone, and a tone cannot be implemented without some vowel. The origin of the no-crossing condition is the origin of autosegmental phonology, Goldsmith’s dissertation, and is specifically laid out in section 2.3 “Excursus on Formalism”. The motivation is actually that some such statement is required in order to have a well-defined system, and the issue of whether there is an empirical need for the principle is not raised. The “No-Crossing Constraint” is a later restatement of a theorem from the Well-formedness condition which simply says “πi and inverse(π),i preserve connectedness” (discussion surrounding (28) specifically shows how non-crossing follows from that). The constraint (or what follows from the constraint) says that “this cannot be”, not “you may not do” – the former entails both “you cannot do” as well as “you cannot have such a thing underlyingly, or by any other means”.

Subsequent research provided empirical support, albeit within the general autosegmental context, that NCC eliminates the need for conditions on association rules which would be of the form “associate this thing with the leftmost element, as long as no association lines are crossed”. Since no case has been detected where you need the lines to cross, this has been a fairly robust constraint on representations, whereas all of the other sub-cases of the WFC have proven to be language-specific. (That, incidentally, indicates that the above-mentioned simple formalization of the WFC can’t be right, since the requirement to have complete linkage between the elements on the various tiers cannot be separated, under that statement, from NCC, but only NCC is actually correct as a universal)

2
What feature(s) of Chinese language lead(s) to the city written in pinyin as "Kunming" to sound more like "kuiming / kweeming / kwəming"?
2
What feature classes do ʙ r ʀ belong to?
1
what is the feature notation for total assimilation?
2
In what respect are feature matrices distinct from segments?
1
What's the difference (if any) between Leben's feature matrix and the feature matrices comprised of "diacritic features"?
0
On what evidence are structured feature representations posited?
0
What should the phonological rules be for this alternation?
1
Looking for contrastive feature hierarchies for Irish, Manx and/or Scottish Gaelic
0
Feature correlates of the length and tenseness contrast in the low vowel /a/
0
Evidence for segmental phonology in the acoustic speech signal