Is Occitan a single language or have its different dialects become separate languages?

The Wikipedia page for the language mentions a 'controversy' about whether it is a language, macrolanguage or language family.

Is there an official status for the language and what are the arguments for it not being a language?

I'm looking for the general distinction between a language and a dialect and a language family; what makes it one rather than the other?

How are languages and dialects distinguished from one another?

There is no consistent, scientific distinction between two dialects of a single language, and two separate languages (with a common ancestor). It's most often a political distinction. Some highly mutually intelligible lects are considered different languages (e.g. Serbian and Croatian) whereas others with extremely low degrees of mutual intelligibility are considered the same language (e.g. the Valais dialect of Walser German and Standard German).

In linguistic circles, the Romance dialect continuum native to the historical Occitania, having evolved from Old Occitan, are all considered dialects of one language: Occitan. These are divided into various groupings of dialects, but they're all considered Occitan. Occitan and Catalan are often grouped together when discussing the romance languages, separate from the sandwiching Iberian and Gallo-Romance groups: 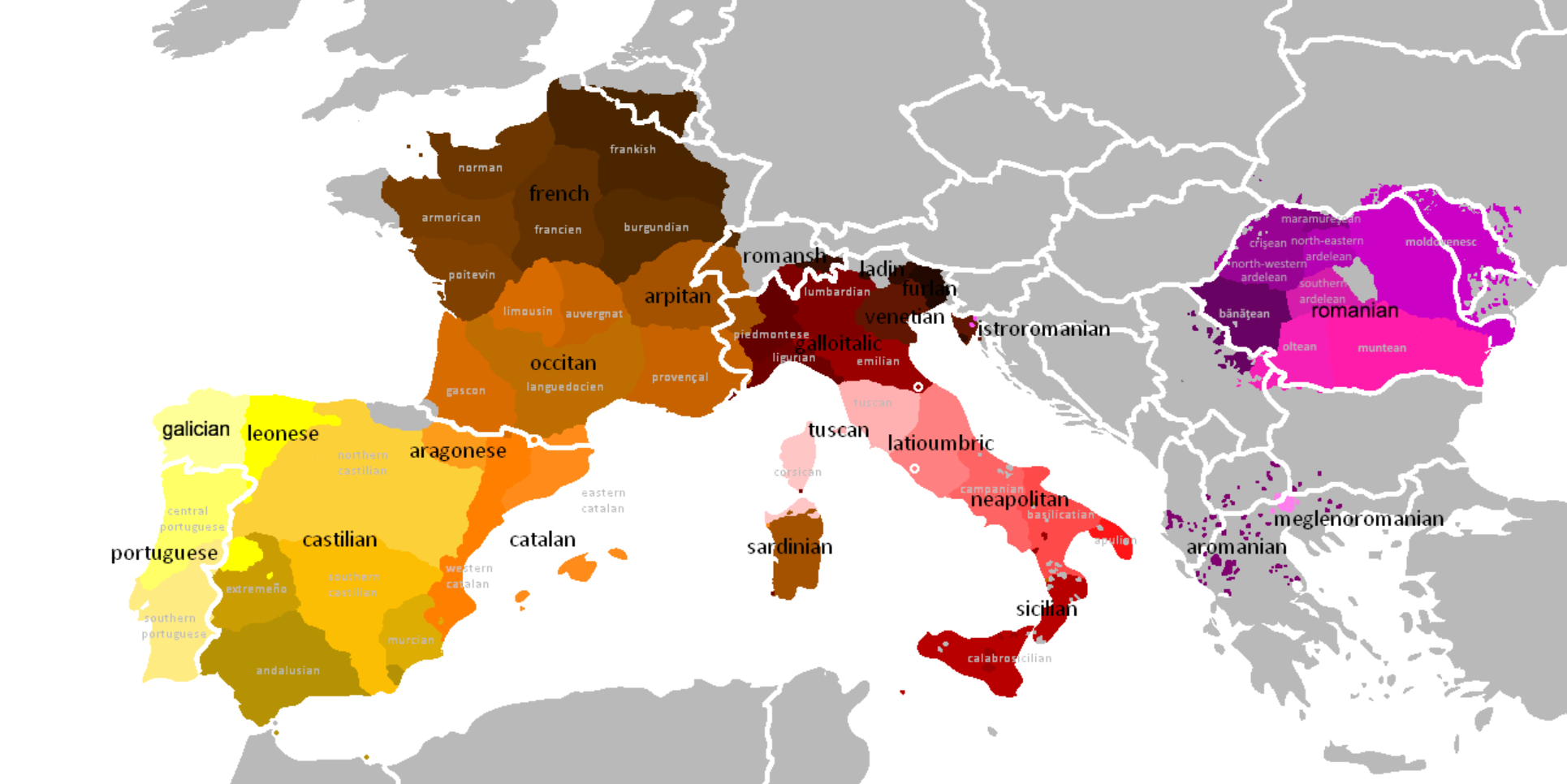 Languages are to language families what dialects are to languages - groupings of genetically related lects, just at different degrees of magnification. Sometimes other intermediate subgroupings are used, like macro-language, sub-family, sub-dialect, etc. These kinds of terms are akin to the use of Species, Genus, Family etc in biological taxonomic ranking.

On a political level, since Occitan is spoken in southern France, Italy's Occitan Valleys, Monaco, and Spain's Val d'Aran, the governments of these countries/regions are the relevant political entities:

Not the answer you're looking for? Browse other questions tagged romance-languages dialects occitan or ask your own question.

11
How are languages and dialects distinguished from one another?

6
What is the primary phonological difference between dialects, vowels or consonants?
17
When and how did French become a non-null-subject language?
12
Efficient linguistic algorithms for detecting language of a website?
13
What's the difference between a form of a language and a dialect of a language?
3
What is the sociocultural purpose of banning slang in schools?
1
Consensus among linguists about Ryukyuan varieties of Japonic
6
What quantity-level of mutual intelligible words are needed for claiming dialects to be languages?
4
What exactly is the "German Language"
3
Differences between free languages and official languages?