I sorta-kinda was "taught" that Sicilian turns all unstressed "e"s to "i"s and "o"s to "u"s.

Then I got to know a couple Calabrian songs whose dialect seemed almost Sicilian, so I extended that principle to Calabrian (at least Siculo-Calabrian) as well.

Except I was given the lyrics to them, and one of them (La mamma, by Otello Profazio) has both unstressed "e"s and "o"s, and the singer in the linked video clearly pronounces e.g. "oliofanti" as /ɔ.li.o'fan.ti/ and "contentezza" as /kon.tɛn'tet.tsa/.

Can I explain all this away as non-strict dialect, perhaps an influence of Italian? Is there a distinction between Sicilian and Calabrian in this respect, e.g. Sicilian is strict and Calabrian is more lenient, the latter allowing unstressed "e"s and "o"s in some cases whereas the former never allows them?

Not all Calabrian is the same

Calabrian (it: Calabrese) is the name given to the romance dialect continuum spoken in Calabria. It is commonly divided into two different language groups:

Your description is accurate of the Sicilian varieties spoken in the south of Calabria, but as you go further north, the influence of Neapolitan shows a gradual difference in the treatment of vowels, where unstressed /e/ and /o/ are pronounced as a schwa [ə].

The artist in your song is Otello Profazio, from Rende, Cosenza. As you can see, as things go this is relatively northern: 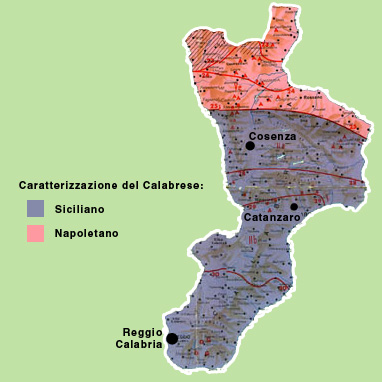 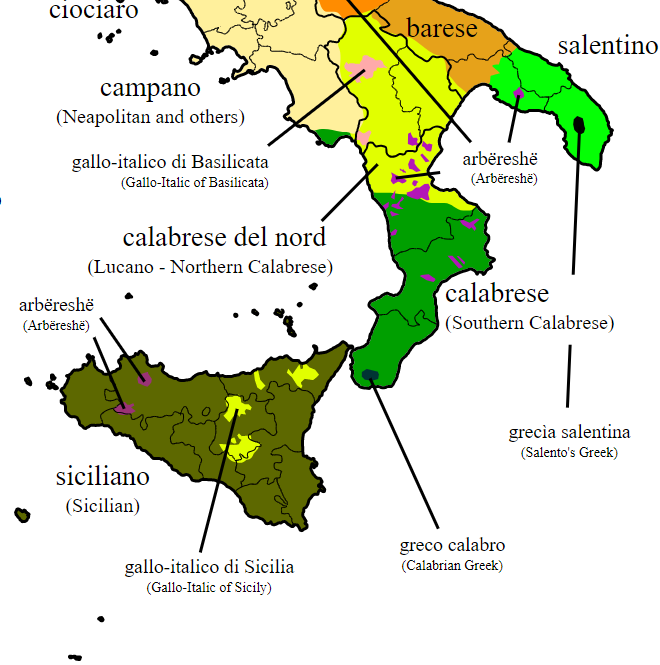 Not the answer you're looking for? Browse other questions tagged phonology pronunciation dialects italian allophones or ask your own question.

9
What is this phenomenon called, and is it the only occurrence?
1
Are [s] and [z] allophones of the same phoneme in Spanish? What is the rule that predicts the distribution?
2
How did the sequence /str/ become /ʂ/ in Sicilian?
2
Are there any minimal pairs between [ɨ] and [i] in Russian phonology?
3
Why do Americans and Canadians pronounce “t” with flap [ɾ] in unstressed syllables in English?
0
Do these vowel sounds “slip” in languages such as Spanish and Hebrew?
1
Is the distinction between phoneme and allophone useful in language learning?