Are the English words "essence" and "essential" related to the Spanish word "ser"?

I always think of the Spanish verb "ser" being related to "essence", which can be contrasted with the verb "estar", which is related to "state".

"Ser" is also a noun with various meanings including "being" as in "ser humano" = "human being", and "essence". There is also another Spanish word "esencia" meaning "essence".

But am I actually correct in thinking "ser" is related to "esencia", "essence", "essential", etc? Or is it just one more linguistic coincidence after all?

(I've checked Wiktionary and the Dicc. RAE but didn't find a full answer so I bring it here to the experts.)

Some forms of ser are cognate with "essence", but ser itself is not.

Ser in Spanish is a "suppletive verb", which is missing some of its forms and has stolen them from other verbs to compensate. Compare English "go", which doesn't have the past-tense form *goed; instead, it's stolen the past form "went" from the unrelated verb "wend" (as in "wend your way").

Ser itself comes from Latin sedēre "to sit" (*). (Estar on the other hand is from stāre "to stand".) English has various cognates of sedēre, but "essence" isn't one of them.

However, forms such as the present-tense soy, es, somos, son come from the Latin sum, es, sumus, sunt: the present indicative of the verb esse, "to be". "Essence" and related words do come from esse; the participle ending -nt- was added to esse to form a word meaning "being". Thus "essence" is "that which is being", and "essential" is "related to essence", and so on.

As far as the noun ser, I'm afraid I don't know its etymology, but I'd assume it's related to the verb.

As Draconis says, some conjugations of ser are cognate with Latin esse derived words in English, but not all. I made this chart (based on this blog post) a while ago, it details which are which: 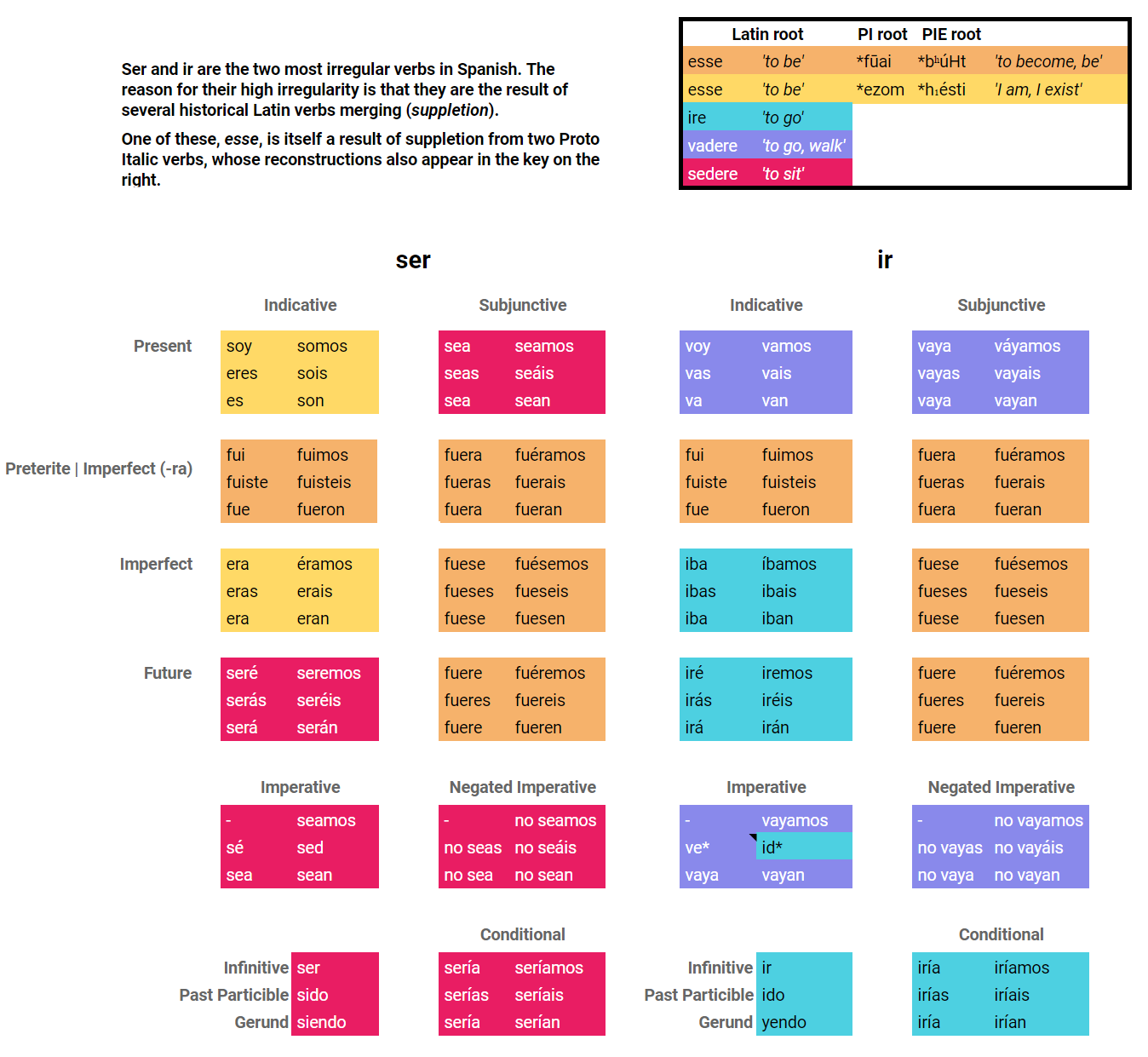