'What one didn't see was anything' is weird. So why has it persisted?

I don't know how to replicate the format on the para. on p. 227 on Old English. 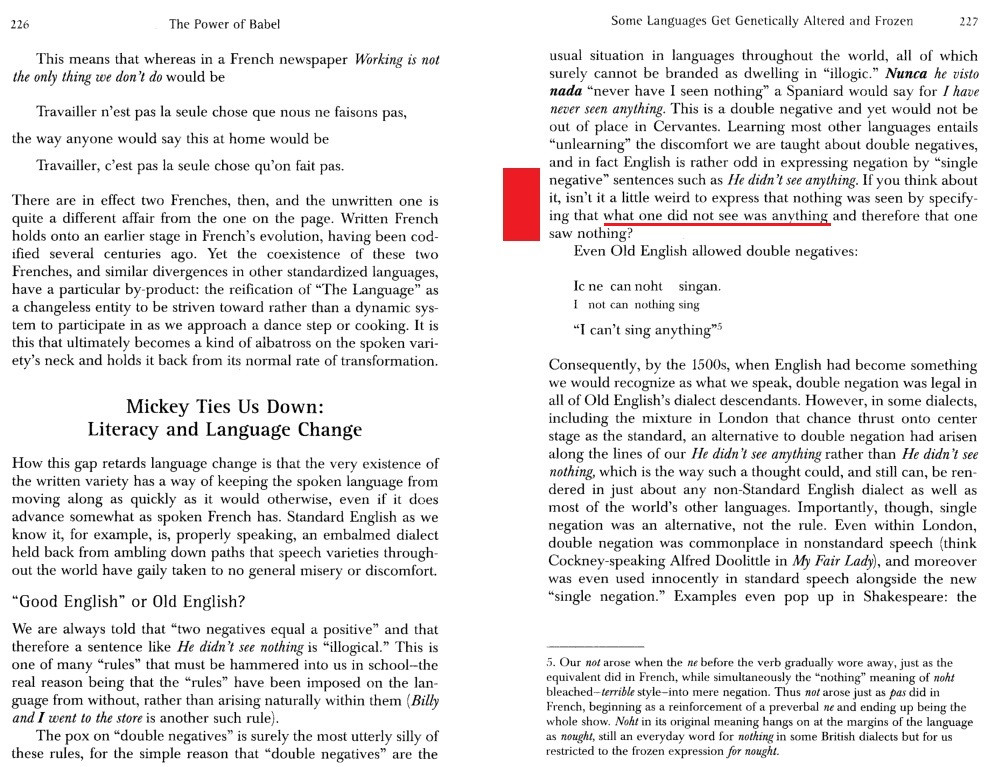 I didn't spot the red underline overhead before, but I now agree with McWhorter that it feels illogical to say "what one didn't see was anything", to express nothing as anything or something, or "that one saw nothing".

I think McWhorter is exaggerating his point a bit to try to make English speakers who are used to prescription against "double negatives" rethink their possible prejudices. As far as I know, the use of a word like "anything" in a negative clause is not actually that unusual, and I don't think it makes any more sense to think of it as "illogical" than it does to think of negative concord as illogical.

Not the answer you're looking for? Browse other questions tagged negation or ask your own question.

14
What is the reason for the double negation found in some languages?
12
Are there any languages with only one of “yes” or “no”?