English [ɹ] has two realizations: apical and bunched (aka molar). ExtIPA (extensions to the IPA) thus recommends the use of [ɹ̺] and [ɹ̈] to differentiate the two. But I also often see English /r/ transcribed as retroflex [ɻ] rather than [ɹ], especially for American English.

As far as I know, the term "retroflex" can mean either subapical palatal or apical postalveolar (this is even more complicated when it comes to fricatives), but since it is quite difficult to curl the tongue up so much that the underside of the tongue is placed against the hard palate but not close enough to cause frication, I assume [ɻ] symbolizes an apical postalveolar articulation.

But [ɹ̺] is also apical postalveolar. So why go all the way to bring cumbersome diacritics to differentiate apical and bunched r's, when using just [ɻ] and [ɹ] can do the job? But the fact phoneticians still use [ɹ] (or some other symbol that's not [ɻ]) when describing an apical r tells me that they do feel the need to distinguish something that cannot be accomplished by simply using [ɻ] and [ɹ]. So what is the difference between an apical [ɹ̺] and a retroflex [ɻ]? 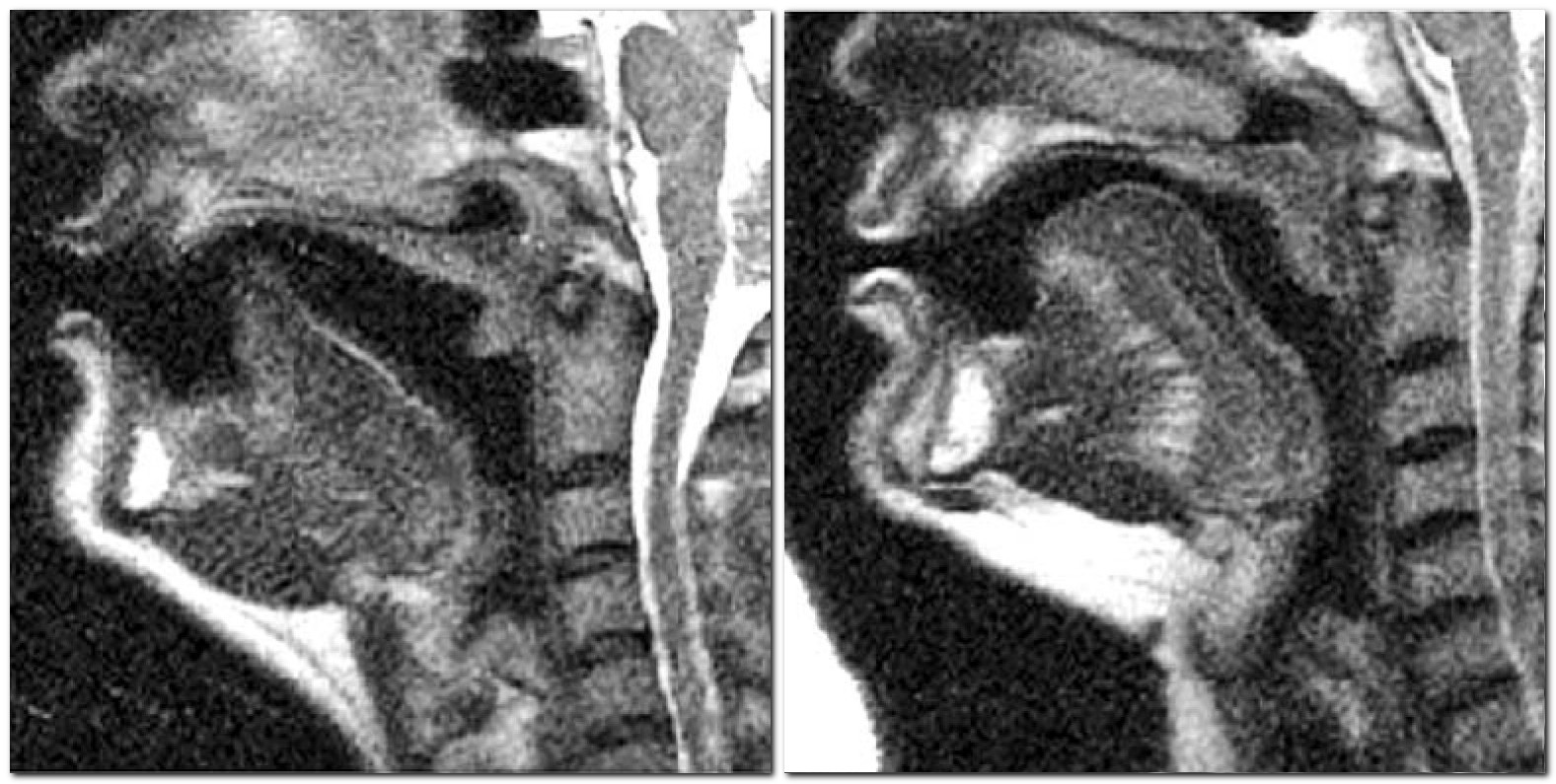 [ɹ̺] and [ɻ] are on a continuum and there is little difference between them.

According to Laver (1994), [ɻ] is "used as a pronunciation of /r/ in a number of American accents of English and of rhotic accents of Southwestern England" and "has the tip of the tongue more curled than is the case in the post-alveolar approximant [ɹ], and presents the tip of the tongue or even the underside of the tip/blade to the palato-alveolar part of the hard palate" (p. 299). Then he proposes [ɹ⊢] or [ψ] be used as the transcription symbol for the bunched/molar r. So presumably the justification there for a new symbol, rather than simply switching between [ɹ] and [ɻ], is that [ɹ] stands for the prototypical form of /r/ in non-rhotic British English, which is an apical postalveolar approximant with little to no retroflexion, and therefore a dedicated symbol for the bunched r is called for. But this assumption is false because Wells is a non-rhotic Anglo-English speaker yet uses a bunched r. (Besides, how could one assume the distribution of the apical and bunched variants is a regional one when there is virtually no auditory difference?) So I still don't find the argument for a notational distinction between the apical [ɹ] and retroflex [ɻ] convincing.

In fact, Rogers (2014: 59–60) makes no distinction between the apical [ɹ] and retroflex [ɻ], and refers to the variant supposedly common in Britain as simply "the retroflexed version". As Tiede (2007) succinctly describes, /r/ is realized with varying tongue shapes but is broadly categorized into "retroflex" (apical constriction) and "bunched" (dorsal constricution). Ball (2017) proposes, using existing IPA/extIPA symbols and diacritics, a transcription capturing four degrees of apicality/bunching: [ɻ, ɹ̺, ɹ̺̈, ɹ̈]. So it seems to me, if only two degrees (i.e. apical/retroflex vs. bunched/molar) are desired to be distinguished, the use of [ɻ, ɹ] is just enough, not only because there is no other contrasting sound that could be represented by these symbols in English but also because it doesn't require extra diacritics, unlike the extIPA recommendation [ɹ̺, ɹ̈].

This reveals not only that the difference between [ɹ] and [ɻ] is negligible as far as apical variants are concerned, but also that [ɻ] may have an even stronger basis for denoting an apical /r/ than [ɹ] if [ɹ] can also stand for a dorsal variant. However, to use [ɹ] for a dorsal is obviously not accurate because the primary place of articulation is not coronal but pre-velar according to Laver (p. 302). Hence its more accurate representation might be, perhaps surprisingly, [j̻], [ɰ̟], or what have you. 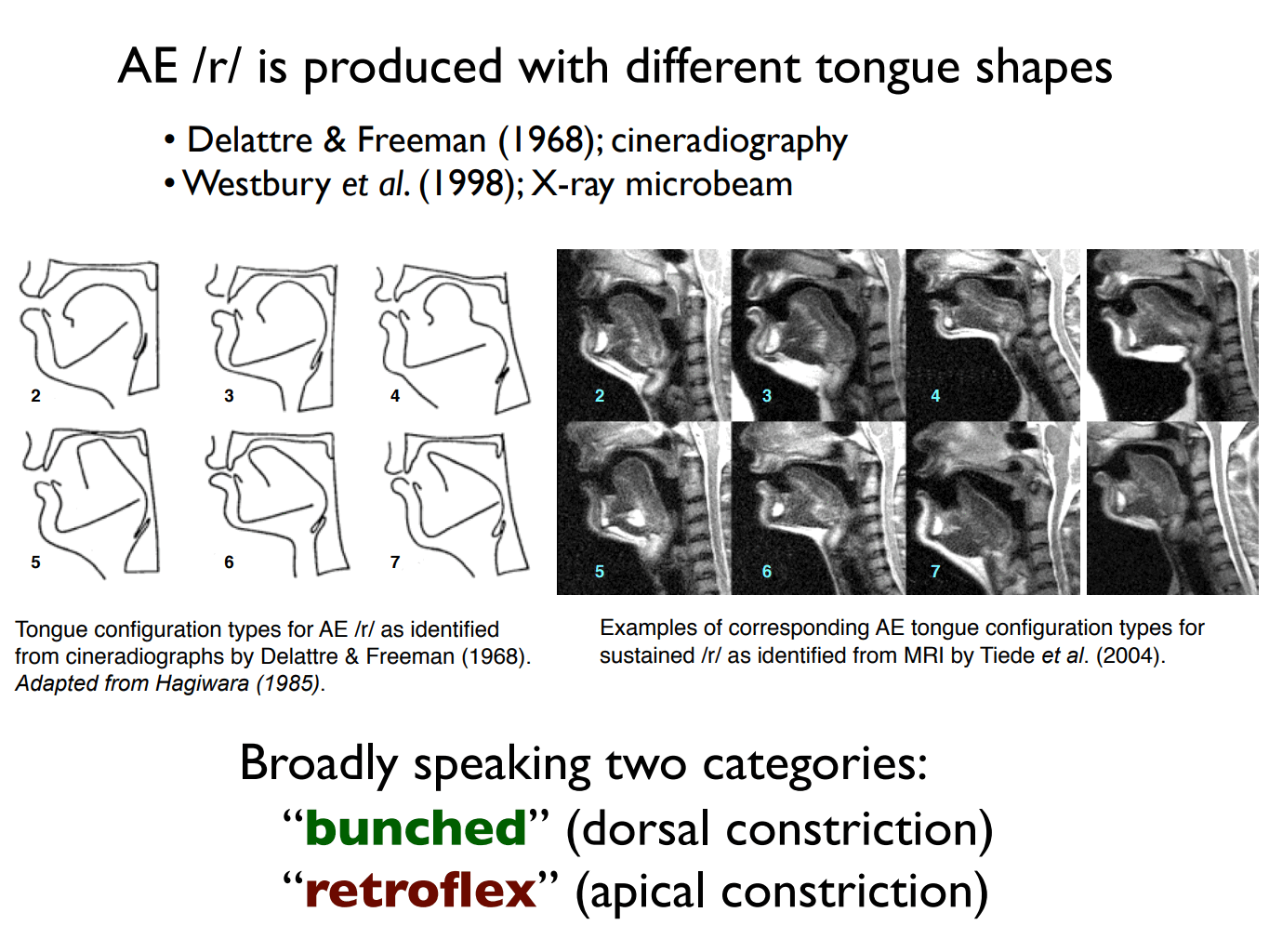 Not the answer you're looking for? Browse other questions tagged english phonetics or ask your own question.

0
To phonate [ɹ], is there a picture for pressing tongue tip against the lower gum and raising tongue's blade to the mouth's roof?