"Character sets" for top 100 languages (as opposed to Unicode)

Searching "the number of languages" shows about ~7,000.

However, Google Translate only has ~100 languages listed. 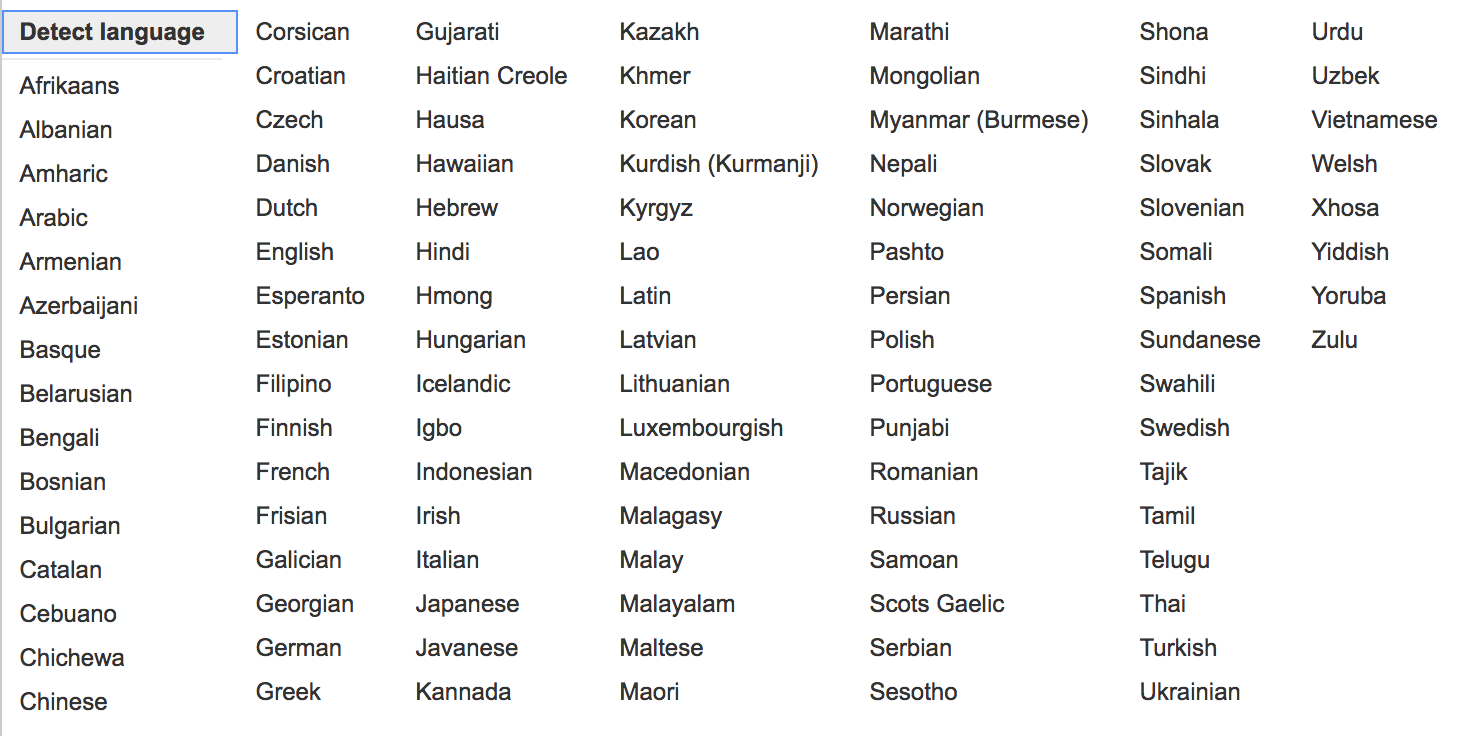 That makes me wonder if the languages have a lot of overlapping/duplicated elements.

Unicode has everything. But I'm wondering if there is a list of either (a) the character sets per language (just the 100 languages on Google Translate, since all ~7,000 would be a monumental task), or a more broad character set classification that groups them somehow into hierarchies, so for example there are the "lowercase letters", which belong in english, french, latin, etc., then there is ¿¡ which spanish adds to the lowercase letters, etc. Basically wondering what sort of classification systems exist for language symbols other than unicode. Or if not that, a database or website that lists the characters for different language so it doesn't have to be aggregated from a bunch of places.

Richard Ishida has a ton of online tools related to unicode and orthography. The most useful one for your purposes is probaby the Character Usage Lookup tool. Not a database, but you might be able to figure out a way to get what you want by looking at his source code, or asking him.

There is the CLDR - Unicode Common Locale Data Repository that contains beside locale settings also additional information on many languages, e.g., the exact character set used.

These rules are a bit subjective.

So for most applications I would avoid the prescriptivist rules-based approaches and tend towards the descriptivist statistical approaches like those used in language identification.

Then it becomes a question of choosing the 1) corpus (eg newspapers, or Wikipedia), 2) pre-processing and 3) a frequency threshold. That scales to many languages and will force you to be more conscious of the subjective choices.

Not a direct answer to your question, but Unicode has character blocks for scripts, which is useful for some languages which are written in one unique script, but as others noted, scripts and orthographies do not map to languages 1:1.

Not the answer you're looking for? Browse other questions tagged resource-request writing-systems unicode or ask your own question.

1
unicode symbol(s) for a long syllable in a Latin text
1
creaky voice unicode character tilde below with vowels
3
Creating Unicode Characters for new language
2
Unicode points for Arabic dotless letters
0
Unicode point for Alef with a cap above?
2
Transcripts for Languages with Few Resources (Such as Native American Languages)
1
What is the purpose of transliteration?