Types of Sound Variations (Like Accents and Tones) in Languages

So in Spanish and other languages there are accents like:

And in Chinese there are tone shifts as in this graphic: 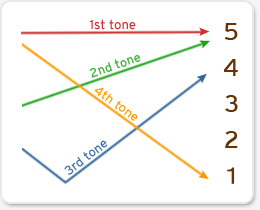 The tones are accounted for in English / Romanization by adding accent marks:

So there are these two features I'm referencing:

I am wondering if there are any other language features along the lines of these. Not sure if the umlaut would count. (I'm not talking about accent marks in the written language, of which there are all kinds of examples, I'm just talking about variations in the sound). I would just consider the umlaut another flat sound, since all the sounds already vary in the way your mouth is shaped. So I guess the list could expand some more:

So I'm wondering if one could expand this list with the other "sound-based" features of different languages as a whole, and for the ones I listed that don't exist in English (Tone and Duration), if any examples could be provided of these in other languages.

Wondering if these other features are captured in the written languages as well.

These types of variations are generally called distinctive features, and some theories of phonology like to specify all features of a phoneme using them.

The main ones for vowels are:

But there are many others as well, and many of these are continua instead of binaries: for example, you can have a low vowel or a high vowel, but also a mid vowel in between (like /e/ or /o/).

"Accent" is a term that applies to writing systems, i.e. acute, grave, circumflex accept. Unfortunately, it is also a term used to refer to a specific phonetic property (Japanese is claimed to have it, likewise Norwegian). That sense of the term might be used to refer to what we do in English, called "stress", i.e. the stress is on the last syllable in the verb progress, and on the first syllable in the noun progress. Your question seems to be about the linguistic uses of these accent diacritics. Before addressing that, I need to point out that there is an essential sameness to Chinese tones and Spanish stresses, that they are realized as pitch modulations. The abstract phonological treatment of the physical signal is, however, different (though in some case it's not at all obvious that there is a substantial difference, as in the case of "pitch accent" in Norwegian and Japanese).

These accents are extremely useful for writing languages. For example, a versus á in North Saami (Sámi) denote a shorter back vowel vs a longer front vowel, respectively. They indicate long (accented) vowels in Hungarian and Czech vs short (plain). Many languages which are tonal use them to mark tone; Sotho (which is tonal) uses them to note vowel quality (tone is ignored, because they already have too many vowels to conveniently mark). Many other languages mark stress with accents. Italian uses acute and grave to indicate stress and vowel quality: pèsca = [ˈpɛska] "peach", pésca= [ˈpeska] "fishing". Catalan likewise uses accepts to indicate vowel qualities. They are also used on consonants in Polish to indicate palatalization. A number of languages also use the circumflex and inverted circumflex for consonants, thus N. Saami ž = [dʒ]. I'm not aware of a complete-ish compendium of uses of accent diacritics.

6
How do sentence intonation and (syllable-based) tone interact in tone languages?
5
Most tones contrasting by pitch and not just contour?
3
Is Thai less tonal than Chinese or Vietnamese or Burmese?
2
Chinese 3rd tone: cross-linguistic comparison
0
Most complex examples of tones in tonal languages
0
Example of a language with tones, stress, and umlauts all in one (or something more complex)
9
How do tonal-language speakers use tonality when speaking non-tonal languages?
0
Are there any languages that have tones that shift over vowels in a single syllable?
1
Is there a name for a sound that is a combination of multiple tones under one breath?