Wondering if there is such thing as a language without an accent. This is probably naïve, but to me as an English speaker it feels like I can tell when someone has an accent or not, myself included. For example, the people on the news typically don't have an accent (even though they talk in a "tv broadcaster"-like way). Their voices sound plain and straight. They don't seem slanted or gnarled. I don't typically talk that way, I say some words in "slanted" ways. A few examples of accents in American English are:

Then outside of the US there is the Canadian accent, the British accent, etc. And then pretty much all non-English-as-a-first-language speakers have an accent unless they pick it up early.

But the more subtle (and sometimes not so subtle) ones I'm interested are the American English accents.

But who knows, maybe it is all nurturing, and the sound of a "news broadcaster without an accent" is something you're raised to admire. But I would hope its not. A counter point is when I first heard the click language. I have no idea if it sounds like a news broadcaster would do it. I can't tell if it's "without an accent". At first at least. I'm guessing what I would do then is listen to a few more examples of speakers, and identify with the speaker, and learn to like "their voice". And whatever voice "sounded most appealing" would be the ideal, and that would be the one "without an accent". I have no idea which is why I'm asking the question here, the first part.

So in some ways it seems like the "without an accent" sound is whatever "sounds best" using that languages set of rules. By "sounds best", I have no sense of how to clarify that.

But given that there is a sort of "ideal" in the language, the one that we recognize as "without an accent", I'm wondering what this means. Assuming we can say it is a product of nurturing that desire for that sound, then the question is what we are nurturing.

Basically, I'm wondering if there is a way to speak all languages "without an accent", and how you would do that. You can't just pronounce every other language like an English news broadcaster. It's like you have to adjust your vowels and consonants slightly, as well as the durations and snappinesses of how you pronounce stuff, to get "the accent of that language" (relative to your own) right.

This brings me to the question title, "How to remove an accent from a language." Wondering if I can hear a speaker of a foreign language and say "yes there is an accent to it, relative to that language", or not. If not, what I must do in order to learn the "best way" of speaking the language "without an accent". And finally, if there is such thing as "no accent" period, across languages. That relates to the news broadcast example, and the reason why I can call a speaker's use of a language straight vs. slanted, for example.

Accents, in this sense, are the result of there being dialects of languages, where the rules of pronunciation differ, depending on the dialect. People say that you have an accent, when your pronunciation diverges noticeably from what is considered standard. I have an American accent, which is considered "accented" from the standard of posh UK dialects, but is not noticeably distinct from standard US English (I do have some hardly-noticeable features that phonetic dialectologists have mentioned to me, plus retention of [ʍ] which normal people can actually notice).

What constitutes the standard can be an ever-moving target. If there is an official language academy for a nation, that definitely helps to define the standard. There is no such standard in the US, and the norm for "standard" US pronunciation is wider (includes more variants). If you grow up speaking a rural Floridian dialect, you can take classes to squelch your dialect if you want. Newscasters take classes in talking head diction, and to the extent that the target dialect is the same (in the US), that helps to define the social standard.

There are two competing international standards for English, American and British (South African and Australian English are not standards to which people across the globe aspire, though they are influential regionally). Whether you learn American vs. British English as a foreign language depends on personal, historical and sociopolitical factors. If your plan is to move to London and be employed in a white-collar position, it would be mildly counterproductive to eliminate your posh UK dialect in favor of American English. Usually, foreign language classes don't teach you socially marked pronunciations. French classes in the US will usually teach standard Parisian French, not Quebecois; they usually teach standard Mexican Spanish, not Castillian and certainly not Highland Ecuadorian rural. In the UK, however, they seem to teach Castillian and not Mexican pronunciation. If you have learned Mexican pronunciations and then hear Castillian, you can notice "an accent", because you're somewhat learned one standard. I suspect, if you don't know any Norwegian, that you won't be able to detect a Finnmark or Bergen "accent".

The odds of a language having no "accents" is pretty low, at least if there are more than a dozen speakers. Even then, in the waning years of Lushootseed, there was the Muckleshoot accent and the Skagit accent...

This will all make more sense if we replace accent, which is a relative term used mostly by non-linguists, with pronunciation.

No, not for any languages that has varying accents (pronunciations), which more than covers all the languages in question.

The languages you mention are polycentric so the average pronunciation is in some sparse area of the distribution and thus perceived as a different pronunciation ie as an accent by almost all speakers. 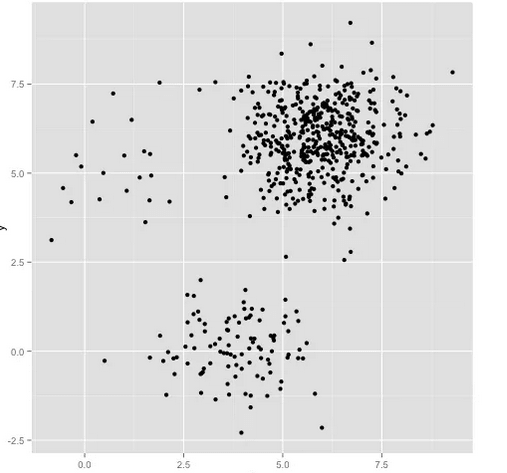 Here we are conflating two variables: pronunciation and careful enunciated speech would could be applied to any dialect's pronunciation.

So-called General American and Received Pronunciation were selected by sociopolitical dynamics, but there is no consensus on their definitions.

Artificial standards like Latin American television Spanish and Bühnendeutsch have been intentionally developed but still have variation.

How to remove an accent from a language

The above examples make clear that we should be careful about cause and effect.

Not the answer you're looking for? Browse other questions tagged morphology cross-linguistic accent or ask your own question.

4
Animal sounds across languages
5
Do speakers with heavy accents find it easier to understand their own accent than a more standard accent?
2
Are there common traits of foreign accents across languages?
4
How is it possible to reconstruct old accents of a language?
9
Is it possible for an adult to learn a language without carrying a foreign accent?
0
Correct to say that accent defines the mapping between phones and phonemes?
4
Why did Canadian English remain so close to standard U.S English?
16
What is the longest word without a vowel in any language?