Why languages have the concept of "the"

Wondering why you write a sentence like this, with the word the:

I don't understand why that extra word needs to be there. It could just say:

For that matter, why the word to even needs to be there.

Wondering why that word is in English, and if all languages have this feature or some of them do it like the last example. Not sure exactly the purpose the serves, and if it is used in every language.

For example, we say:

But we don't say:

I don't understand why we don't put the in front of verbs either.

Some other examples are:

You don't use the there, maybe because it's a concept rather than an instance of a specific person.

That is for "the person you are thinking about" I think.

You can say that in English to refer to the sky, since there is only one we really are probably referring to. Even though there's probably lots of other "skies" in the universe.

You don't say this:

But there could be many Amaris everyone knows, so I don't see why we don't use the there as well.

Here are some other weird examples:

But refer to a place, a specific place. But one uses the and the other doesn't.

The Man is a concept. But a concept is also a concept. We say the concept, but Man.

If you are joking you can say:

And everyone knows who you are talking about. Or even:

Referencing some person as a joke. Basically I don't see the exact rules on how to use the, and why it's necessary.

As A. M. Bittlingmayer pointed out, this concept is far from universal: languages like Russian, Turkish, Latin, and Swahili have no articles at all.

Even in languages that have definite articles (some equivalent to "the"), how they're used varies widely. French uses the definite article for abstract concepts, where English wouldn't: la mort = literally "the death", but English "death". Ancient Greek uses the definite article for people's names, but only when the person is considered definite: Sōkratēs = "someone named Socrates", but ho Sōkratēs, literally "the Socrates", means "the specific person named Socrates, you know who I'm talking about". In English we leave off the article on "God" to refer to the single Abrahamic deity (while "the god" would be one of many), while in Ancient Greek it's the opposite: theos on its own would mean one of many gods, while ho Theos (literally "the God") means YHWH in particular.

As a side note, in languages that don't have articles, the definite article tends to arise from a demonstrative (French le/la < Latin ille/illa "that"), while the indefinite article tends to arise from a word for "one" (German ein) or "some/something" (Ancient Greek tís). There's not always a clear line between these categories: "one" can be used somewhat like "a" in English, and "that" somewhat like "the".

Wondering why that word is in English, and if all languages have this feature or some of them do it like the last example. 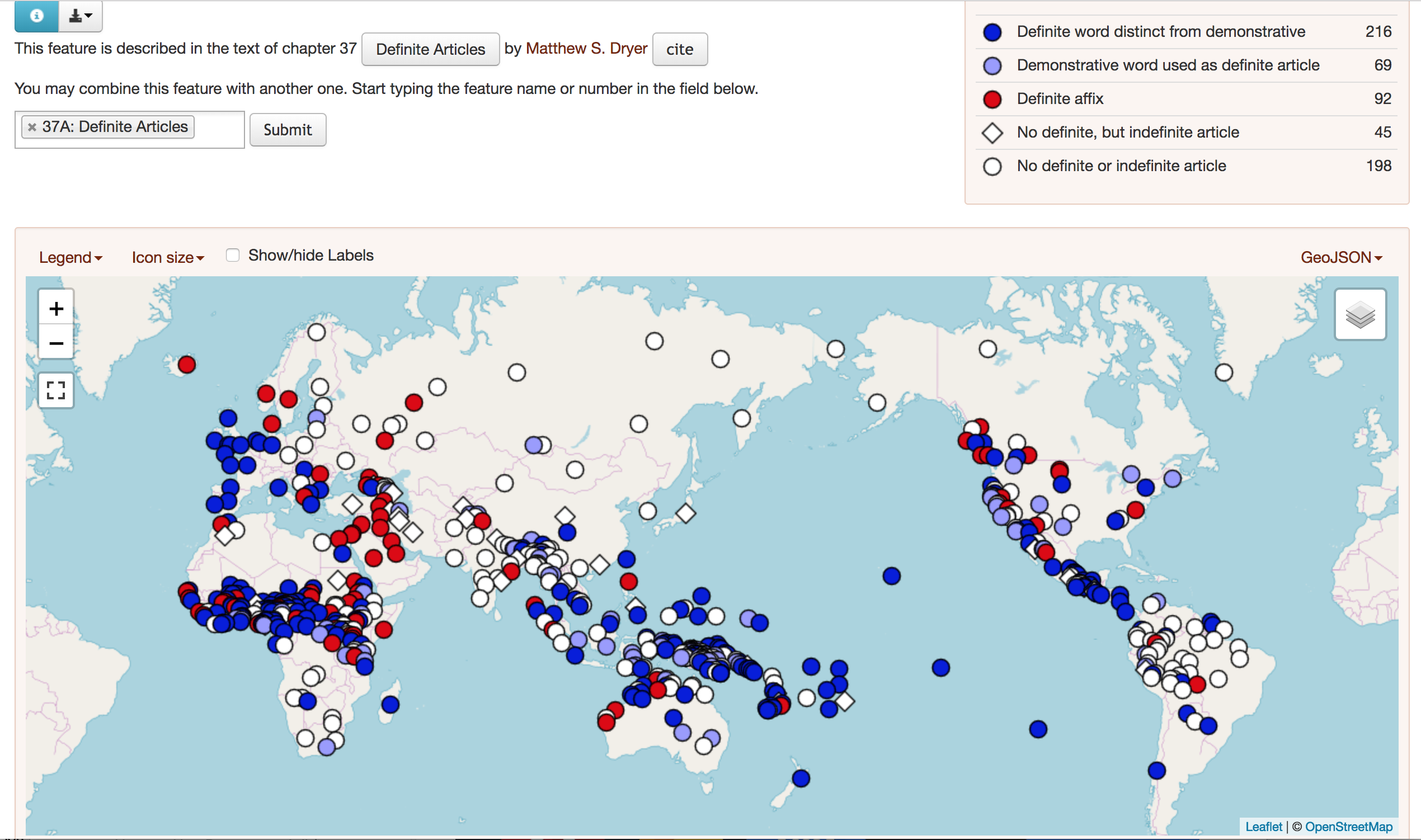 Not the answer you're looking for? Browse other questions tagged english articles definiteness or ask your own question.

6
Understanding the purpose of determiners/articles/demonstratives in language

19
What makes a non-native English speaker sound foreign?
1
On donkey sentences: why is this formalization incorrect?
4
Why is 'be' sometimes the auxiliary verb for the present perfect?
2
Grammatical Aspect and Lexical Aspect
2
Nouns without an article as in e.g. "Empire is not always a good thing"
4
Why did English "man" and Latin "homo" take both the senses "gender-neutral human" and "male adult"?
0
For English, is there a finite set of patterns for constructing sentences?