If there is a pattern to Chinese characters

Many people say that written Chinese is a difficult language to learn because the characters don't have any relation to the sound of the word, like in English and other languages, even Japanese. But I've read so far that Chinese characters are composed out of basic building blocks. This led to the list of Chinese radicals. 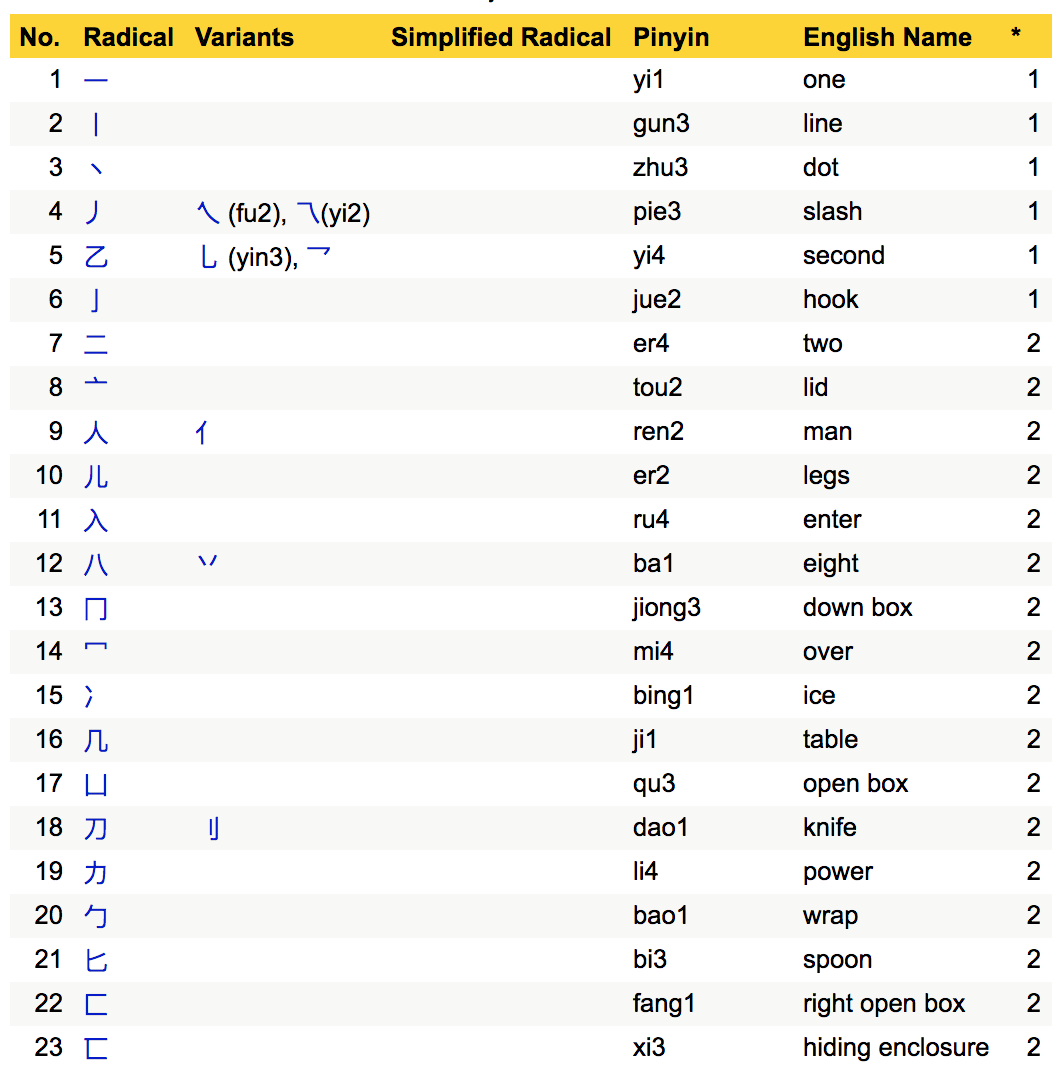 Another example is from here.

So two concepts combine into a third concept, and the symbols roughly compose into the bigger symbols. But not exactly. The box in the "elder brother" symbol is slightly skewed, seems to use slightly different strokes, the legs are a little more stretched as well, etc. So it's not as if you compose words from letters, and the letters are just shrunken. I'm not very familiar with Chinese, but it seems that the exact position of the strokes is important. 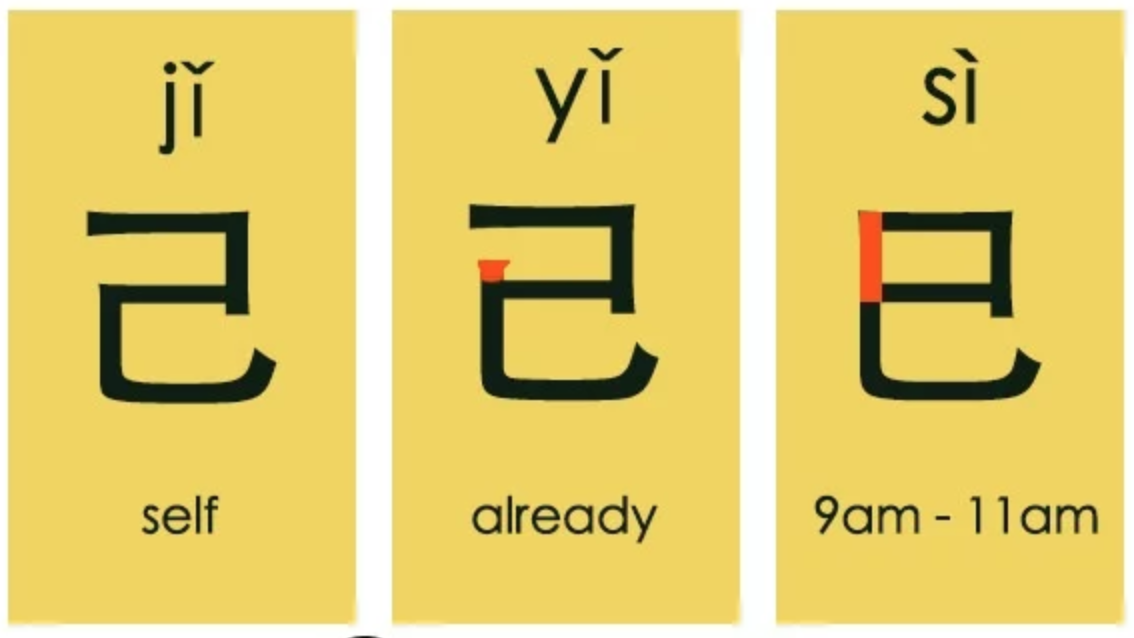 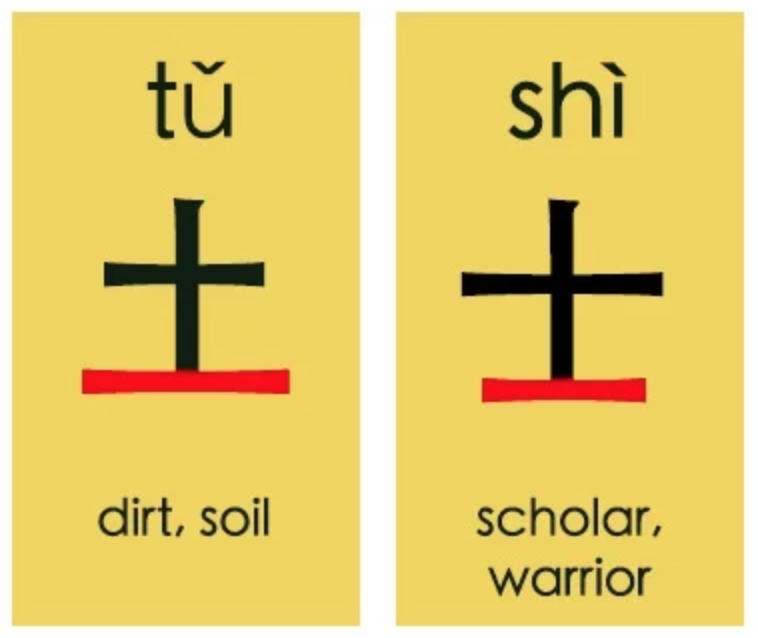 But I wanted to learn more about this, and confirm/deny that perspective. Wanted to ask if there is in fact a system for learning some basic components in Chinese (basic strokes and shapes), and then combining those into more complex shapes, such that you can easily learn the gist of any new character you encounter. Because from what I've seen, there isn't such a system, and you just need a dictionary to interpret any new symbol you find.

The Chinese characters have not only a pattern, but many, many patterns. But First to clear up some confusion. Radicals are not usually composed of eachother, but are unanalysable. By analogy, a radical is like a morpheme (it's compositional, it's there for a reason semantic or otherwise), and a stroke is like a phoneme (it's just there so that you've got something to put on the page, or perceive when you're reading, and is void of any semantic significance).

They're not characters, they're radicals (radicals are combined to form characters). Like letters of an alphabet, they're not (necessarily) derived from each other. There is a repertoire of 214 radicals (by some analyses sometimes less or more), and these are put together to form a character.

For example, the 2-stroke 人 is supposed to be derived from the 1-stroke 丿. You can see that it is 丿 plus the mirror image.

The right-hand leg of 人 is not the mirror image of 丿. 人 is also not derived from any of the radicals in your list (the left-hand leg is also not the radical 丿). If you look at http://www.archchinese.com/chinese_character_strokes.html you can see numbers 4 and 5, these are the strokes that make up 人.

Radicals, being like morphemes, have not only a surface form, but also it usually has a meaning. Observe:

They all have that same component, 女. It's there to provide a clue about the meaning of the character. Similarly, 说 (talk), 话(speech), 语(language) , 读(read), and many many more, all have the same left-hand side, which is derived from the character 言, meaning speech. This is a pattern, the Phono-semantic compounding

A related issue is that maybe a character contains something with is not a semantic clue. It could be a phonetic clue. Some examples:

They all contain 我. These are all pronounced in very similar ways. (In many dialects, with an initial /ŋ/ and some sort of back vowel or schwa). This is another pattern, a phonetic series.

The box in the "elder brother" symbol is slightly skewed, seems to use slightly different strokes, the legs are a little more stretched as well, etc

Earlier I introduced the phoneme/morpheme analogy, and I did that to explain this phenomenon. Just like the same English morpheme may be spelled "in-" or "im-", depending of its phonemic context, that box 口 (not really a mouth) might get munched up a bit. It is just reacting to its environment, just like that English prefix did.

They are not related, they just look a bit like each other. Like the English words "rite", "rota", and "Rita" they actually have nothing to do with each other. Same deal with 土 and 士, or "interior" and "inferior". Looks like a pattern but is not one. The exactness does matter yes, but just like most human communication, there's enough redundancy that many actual mistakes are just subconsciously corrected by the receiving end without noticing.

Wanted to ask if there is in fact a system for learning some basic components in Chinese (basic strokes and shapes), and then combining those into more complex shapes, such that you can easily learn the gist of any new character you encounter.

There is no system, but many patterns. So people who know Chinese better than me, if they encounter a character they do not know, but they do know the word that character is depicting, then they will often by hunches and educated guesses read it correctly.

Because from what I've seen, there isn't such a system, and you just need a dictionary to interpret any new symbol you find.

To read and write Chinese needs a steep learning curve, for the reasons you mentioned. But if you know Chinese well, then it's not really a problem in practise.

To understand how Chinese characters work, we need knowledge of the following concepts:

Character evolution tables are often used to illustrate how characters have changed over the years. Here are two examples:

The academically accepted description of this character is one of a kneeling person with unkempt hair and hands raised in submission. This character is a pictogram and is not actually decomposable at all, but a sequence of shape changes across time and geographical space, unrelated to linguistic function, has made the character appear in the modern form as if it was composed from「艹」(/*[tsʰ]ˤuʔ/, grass) and「右」(/*[ɢ]ʷəʔ/, right hand/direction).

These components are not related to the morpheme /*nak/ in either sound or meaning, and hence are a result of character shape corruption.

This example highlights the functional analogy between Chinese characters and Egyptian Hieroglyphs, and typifies the majority of Chinese characters' function.「桑」acts as a phonetic rebus, that is, it is only used for its phonetic value, and「口」acts as a determinative, that is, only used for its semantic value (here, indicating crying and wailing for the deceased at a funeral > mourning).

Modern Chinese characters are heavily constrained by "accepted strokes and shapes fit into an imaginary square", so it is very difficult, if not impossible, to see where「桑」is located in「喪」. For reference, the character evolution table for「桑」:

To correct some aspects of the question and the other answer (especially its emphasis on radicals):

So, is there a pattern to Chinese characters? Yes indeed!

Not the answer you're looking for? Browse other questions tagged written-language chinese or ask your own question.

12
How different were the Tangut and Khitan logographic scripts derived from Chinese Hanzi from Hanzi?
11
Does Chinese have proper nouns and are they distinguished morphosyntactically or only lexically and or semantically?
1
Are there any other examples of words being borrowed via their written forms only (or written forms causing reevaluations of spoken forms)?
4
Is Mongolian "шинэ" / "ᠰᠢᠨ᠎ᠠ", meaning "new", a borrowing of Chinese "新"?
1
Are there any words, morphemes, or particles in any Chinese / Sinitic languages or dialects which don't have a set Hanzi character?
5
How does one learn the meaning of a new symbol in Chinese?
5
Why does Vietnamese language seem to be so similar to Mandarin Chinese
6
Mechanism(s) as to how the pronunciations of「也」and its Old Chinese "homophones"/phonetically-derivative glyphs drifted to the modern range of sounds?
1
Why do Korean and Japanese share similar borrowed Chinese characters and is different from Chinese language?