Diagram of all IPA sound places

Wondering if there is a diagram similar to the following one, but that lists all of the mouth configurations such as for ʃ and everything else. 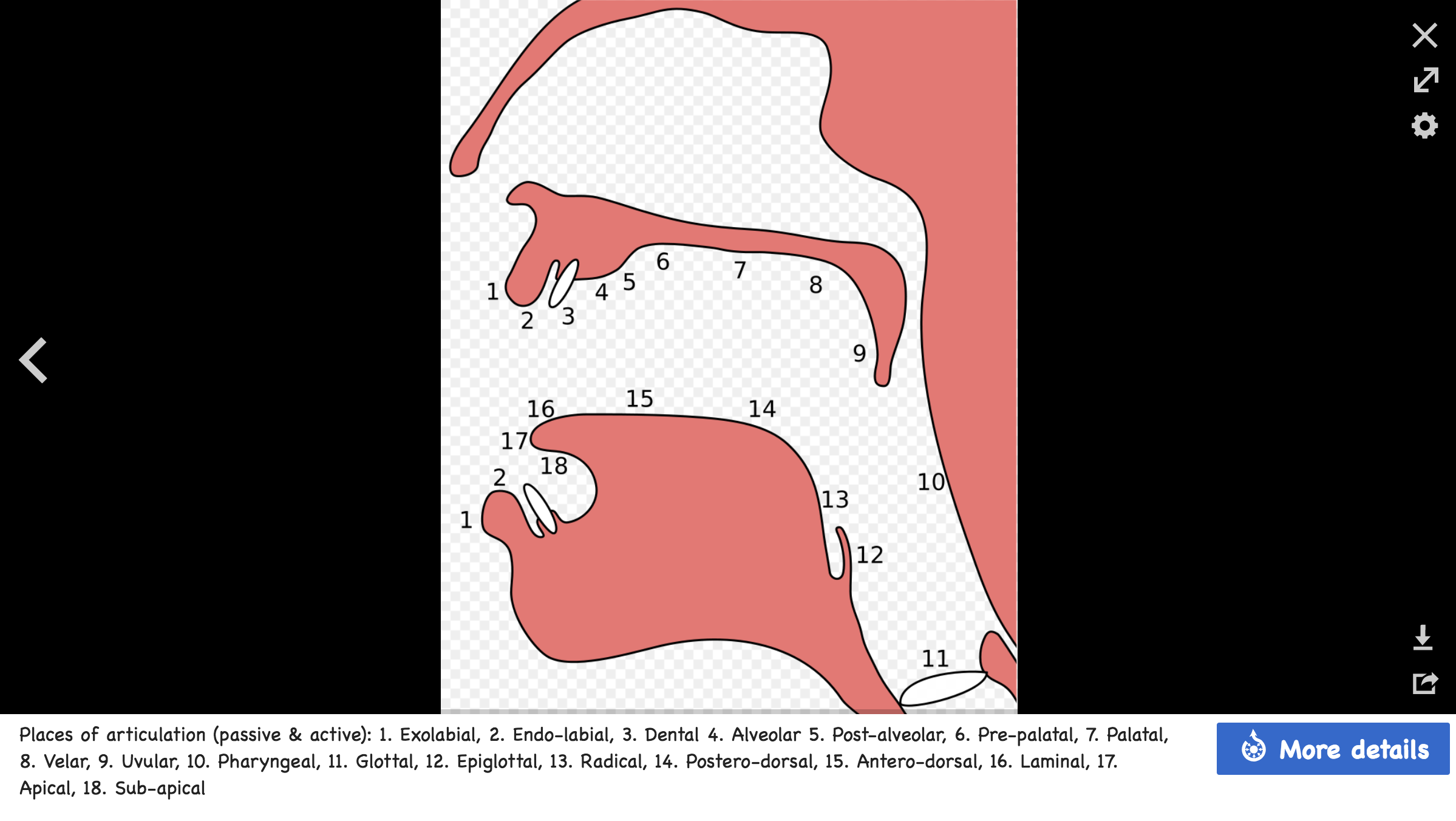 No, for a couple of reasons. First, this is not an diagram of a language sound (it's an open mouth), but there are such drawings, in the old days known as cutaway Sammy, purporting to be particular sounds. Here is a page with various places of articulation being sketched. Such drawings, when not made from whole cloth, are based on xray, MRI or ultrasound imaging of articulation, and such data is hard to come by. So there are gaps in coverage, especially when it comes to "unusual" sounds (ones not found in major national languages).

Such a diagram only shows one perspective (the sagittal plane), and assumes a single moment in time. A lot of the interesting details of language sounds would require animation and 3-D, and for that, we really do not have the data. So you will have to live with that limitation. But: here is a useful resource. This provides animations, MRI and ultrasound (depending on what's available) of the IPA chart, produced by two professional phoneticians (depends on what's available). The warning is that these are not productions in a language, they are theoretical articulations of IPA letters. In some cases (such as [ħ]) you can compare the individuals and observe that one person's performances are very different and, if you are familiar with languages having the sound, one is better than the other. Unfortunately, the clicks are sort of "cut-and-paste" inserted into the vowel frame, and one would need pictures from a real speaker to get real click articulation.

There is no single diagram for all sounds, but there are diagrams for each sound. For those sounds that have movement in the manner and place of articulation (or other dimensions) then two or more diagrams are needed. That said, there are only sammy diagrams for some languages and these are not published (as far as I know) systematically. The key is to focus on the particular language and then look for that work. For less popular languages, one can use the work on more popular languages where they match up in sound, and then fill in the missing elements. I've done this very approach with Thai, and the sammy diagrams are embeded in a few flash card sets for the Thai language. https://lannainnovation.com

Not the answer you're looking for? Browse other questions tagged phonology ipa resource-request articulation or ask your own question.