Why was 'grammar' chosen to signify the model of linguistic competence, when 'grammar' was already strikingly polysemous?

Page 5 of (R.L. Trask, Robert McColl Millar's) Why Do Languages Change? (2010 Rev. ed), expounds that 'grammar' originally didn't mean its linguistical meaning (quoted at the bottom): no surprise, as linguistics is a recent discipline.

Please see the titled question. Why worsen the ambiguity of 'grammar', rather than embrace some other word? 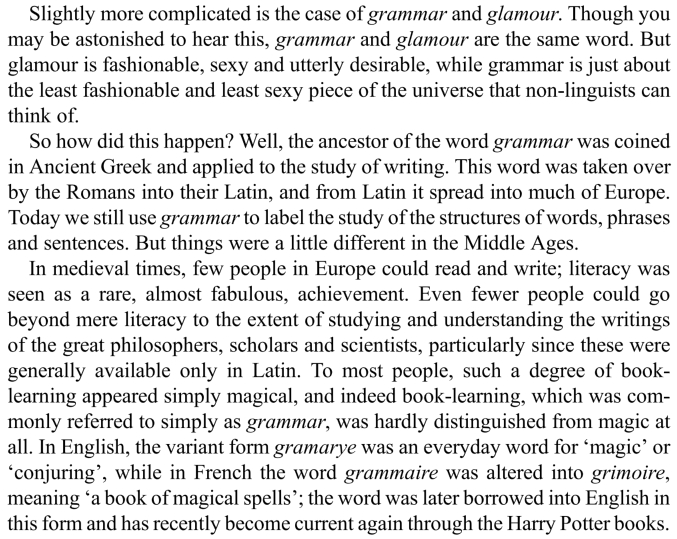 Linguistics: An Introduction to Language and Communication (2017 7 ed). p. 6. 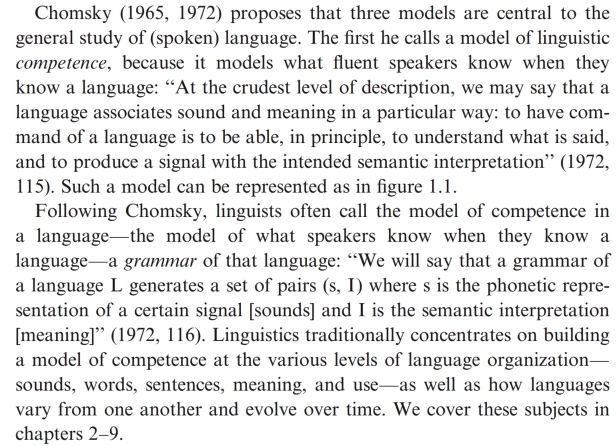 The basic reason is that the contemporary meaning of words is not inextricably chained to their etymologies. The technical theory of "grammar" espoused by Chomsky in Aspects and similar publications adds a little bit to the existing notion of "grammar". In fact, he is clear that there are two senses of grammar, namely a system of mental rules, and a description of a system of rules. All that Chomsky has really added is that language is the product of mental rules, so it is appropriate to extend the term "grammar" to the mental object. Previously, there was not much attention paid to the question of the mental status of rules of grammar. But people have been writing descriptive grammars for decades, and by etymological standards this was not what Plato was referring to when he spoke of γραμματική. Similarly, the term "logic" nowadays is not used to refer to the same thing as λογικός did.

In general, words refer to certain kinds of things when the things and terminology are first invented or identified, and then as new, similar things are discovered and invented, they are subsumed under the same term. For example, "freedom of the press" used to literally refer to press that pushed pieces of lead onto paper, but technology has expanded to the point that "the press" doesn't just refer to promulgating printed words using a specific technology. Perhaps if some new discovery or invention is substantially different to the point that one has to invent a new concept, then a new term will be invented. In light of how broad the term grammar actually is, Chomsky's claim that there is a mental object for computing language is pretty mundane.

Glamour is a red herring.

The key, I guess, is "the crudest level of description" - it's a descriptive view of grammar. Traditionally grammar had been a prescribed model - is my interpretation of your remark. But that's a false dichotomy, because prescription is in essence descriptive, but of a very narrow set of speakers (with the supposition to generalize it) - therefore it's abstract and restrictive while the master classical grammarian would still understand the grammar deemed incorrect, which recent theorists try to incorporate in the model instead.

The first quoted paragraph on glamour is somewhat confusing and does gloss over complicated developments of words that seem polysemous only because we write a bunch of related words all as one homophone but for ease of reading. For what it's worth, compare Ger. "Schreibe" - attributive noun of the verb "schreiben" ("to write") of the same discriminated *skr- root, or so they say, which also derives a score of other words sharded into different topics of which we can only scratch the surface which is scary complicated and prone to circular reasoning and visual language that is very graphic. In essence, taking in Dutch "begrip", Ger. "begriefen", "Begriff", "Grips", "Graben", "Gravur", and En. "gravitas", "grave" (ie. strength) should give an original sense like impart. Compare further Old English gren - "split" and Lt. "cerno" - "certain", "crino" - "think", "creat-" ... further "cran-" ... and "crane" compared to Ibis the totem animal of Thot in Egyptian mythology,, a diety related to wisdom writing and weighing judgement. Further compare OE dael, En. deal, tell, tole, Ger. *Zahl, Erzählen, to separate the wheat from the shaft. The -m in gram- needs explanation, still.

Not the answer you're looking for? Browse other questions tagged terminology grammar or ask your own question.

44
What's the difference between syntax and grammar?

8
Why is the definite article in Balkan languages always called a suffix when it really seems to be part of the inflection?
7
What's the linguistic term for the words used when addressing someone?
4
Why is the misconception that “Chinese has no grammar” so widespread?
1
Why isn't a countable noun required to have a determiner when used in the plural?
2
Does it make any sense when saying someone's grammar was wrong?