Does there exist a phonetic english alphabet constructed from standard english letters plus diacritical marks?

For example, fine might be written fínė, such that í = aɪ and a letter with a dot is silent.

I envisage using such an alphabet to give pronunciation hints while preserving standard english spelling.

What you're looking for is precisely what dictionaries in the 18th and 19th centuries did, before there was IPA and phonetic theories had developed. Its remnants are still seen in the transcription system of the American Heritage Dictionary.

The now-seldom-used system is described in detail in unabridged editions of Webster's Dictionary, such as this one: 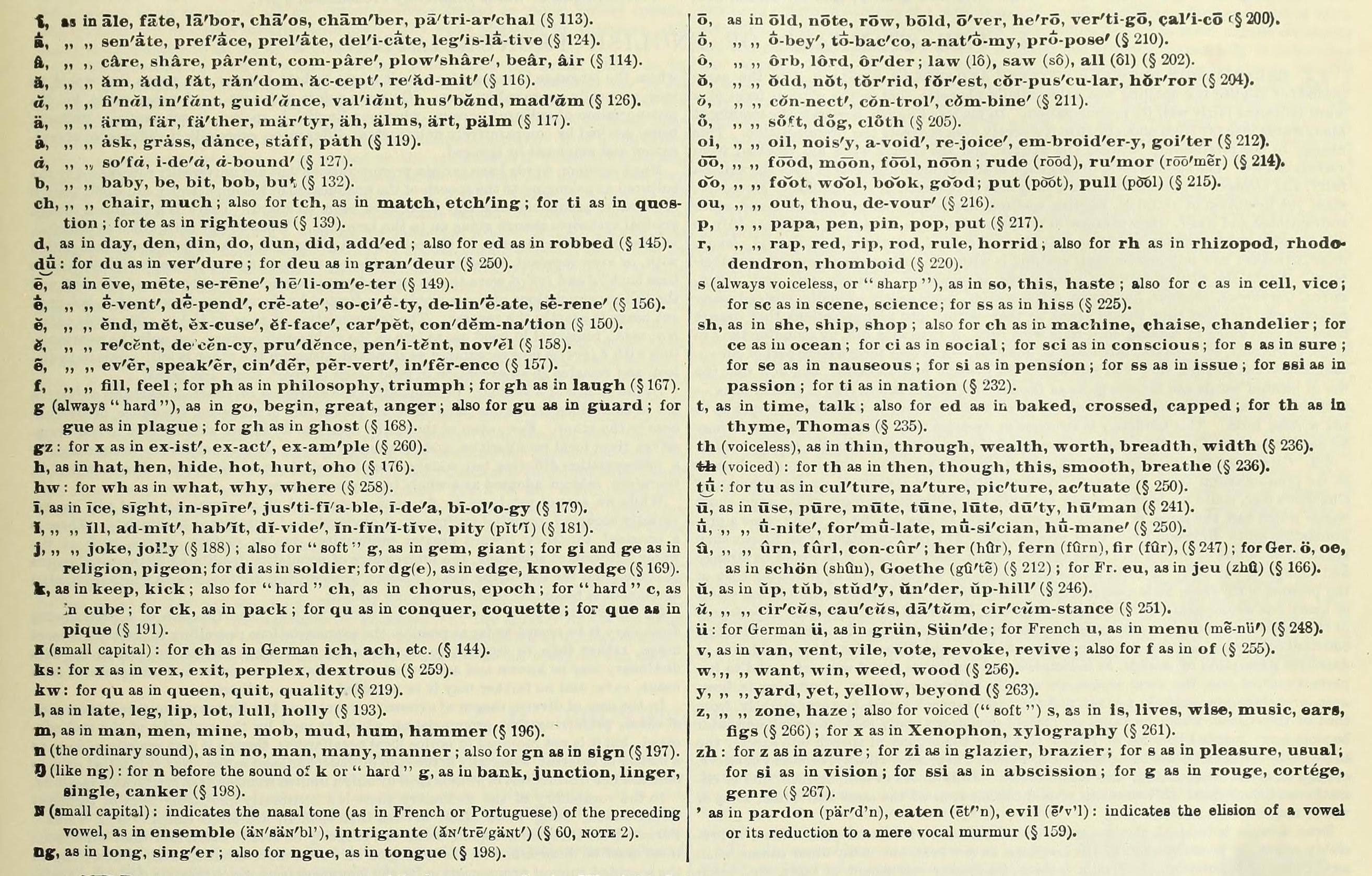 However, it is debatable how practical such a system would be. It must prove a formidable task for anyone to remember what each combination of a letter and diacritic represents and when a letter without a diacritic is pronounced and when it is silent. Even then, many words would still require respelling, particularly words with silent letters like knit and honest.

My advice is to adopt a respelling system, be it IPA, AHD, Merriam-Webster, or an ad hoc system like "pruh-nun-see-AY-shun".

Yes, I remember seeing some system of this type. I forget which system it was, but Wikipedia has some examples here: https://en.m.wikipedia.org/wiki/Pronunciation_respelling_for_English#Pronunciation_without_respelling Here’s another example from some web page: http://www.tysto.com/articles04/q1/20040226ara.shtml

There are many proposed systems for indicating the pronunciation of English words from the spelling, but very few are well known. You could probably just use a system of your own.

Not the answer you're looking for? Browse other questions tagged alphabets or ask your own question.

1
Correlation between vowel sounds and compact alphabet used in English and its acceptance
6
Are there any latin-alphabet languages written right-to-left?
3
Thai alphabet romanizations?
1
Diacritics and Ashanti/Twi alphabet?
1
How common is it for languages using non-Latin alphabets to borrow English words while keeping both (transliterated) spelling and pronunciation?