Why some verbs have -tion while others don't, when being nounified

Still others are converted into -ing nouns like the verb render is converted into a rendering rather than a renderation. Just as that is awkward, you don't have generate become a generating, it is a generation.

Finally, the last one I can think of is adding -er, as in scavenge becoming scavenger, but that seems different, where -er makes the verb into an actor performing the action. Whereas -tion and -ing convert the verb into the action itself.

Wondering what the rules are for determining if a verb becomes a noun action by:

Also wondering if there are any other straightforward examples of suffixes to verbs that make them nouns, in addition to -tion and -ing, or if these 3 above are the only cases.

Also wondering why it's not just one system, like every verb gets suffixed with -tion. Would be good to know if this is just because of the fact that English is messy, or there is some other reason.

Would be good to know if this is just because of the fact that English is messy, or there is some other reason.

Yes, because English is messy. The -tion examples are of course all Romance, although there are a few native English words with -tion and other Romance suffixes.

Yes, even without the mess (messiness?) there are different types of derivational morphemes to the same part of speech - -ness, -er, -ling, -dom... - for different purposes.

It's worth noting that there are a number of well known patterns. They're not perfect, but they usually work. 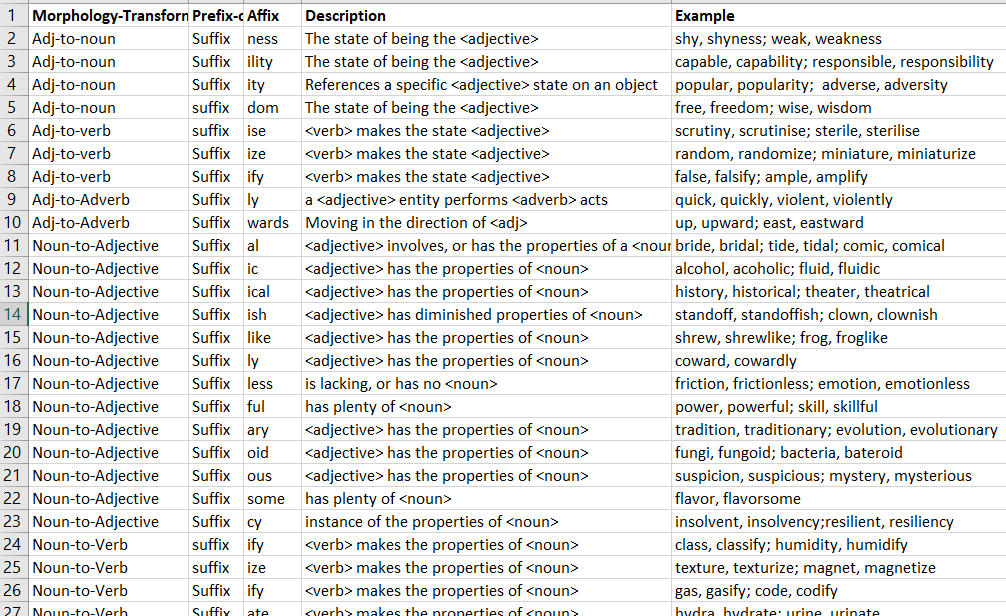 There's likely 50 common patterns and another 150 that are less common.

Not the answer you're looking for? Browse other questions tagged english verbs nouns derivation or ask your own question.

4
Has the word ending *dition any independent meaning?

19
What's the global difference between nouns and verbs?
2
How can the perfective aspect apply to the present tense?
1
How Nesting Verbs Works (and if it is Even Possible)
0
The most different meanings a verb has been found to have
1
If you can use nouns as verbs for different languages
0
Outside of English, is there a difference between noun infinitives and gerunds?
0
What is meant by "s/he flies" in Plains Cree dictionary?
13
Is there a name for the type of word that the word, “scarecrow,” is? (a transitive verb conjoined with its object)