Let's say carrot for a shade of orange.

Suppose carrot is not used for the color and I wanted one to describe the vegetable's color. So, I revive the displaced more for the color. What do you call such revival?

Maybe there is a single term for this specific combination of operations, but this seems like multiple operations: learned borrowing + x, where x is the usual process by which x-coloured was substituted with x.

A word or other linguistic form borrowed from a classical language into a modern language.

A learned borrowing could be from any classical language, not necessarily from an earlier stage or nominal ancestor of the language in question.

But in some languages, especially those that undergo a revival or tend to use neologisms instead of loanwords for new concepts, like Icelandic, French, Armenian and Hebrew, it is common. 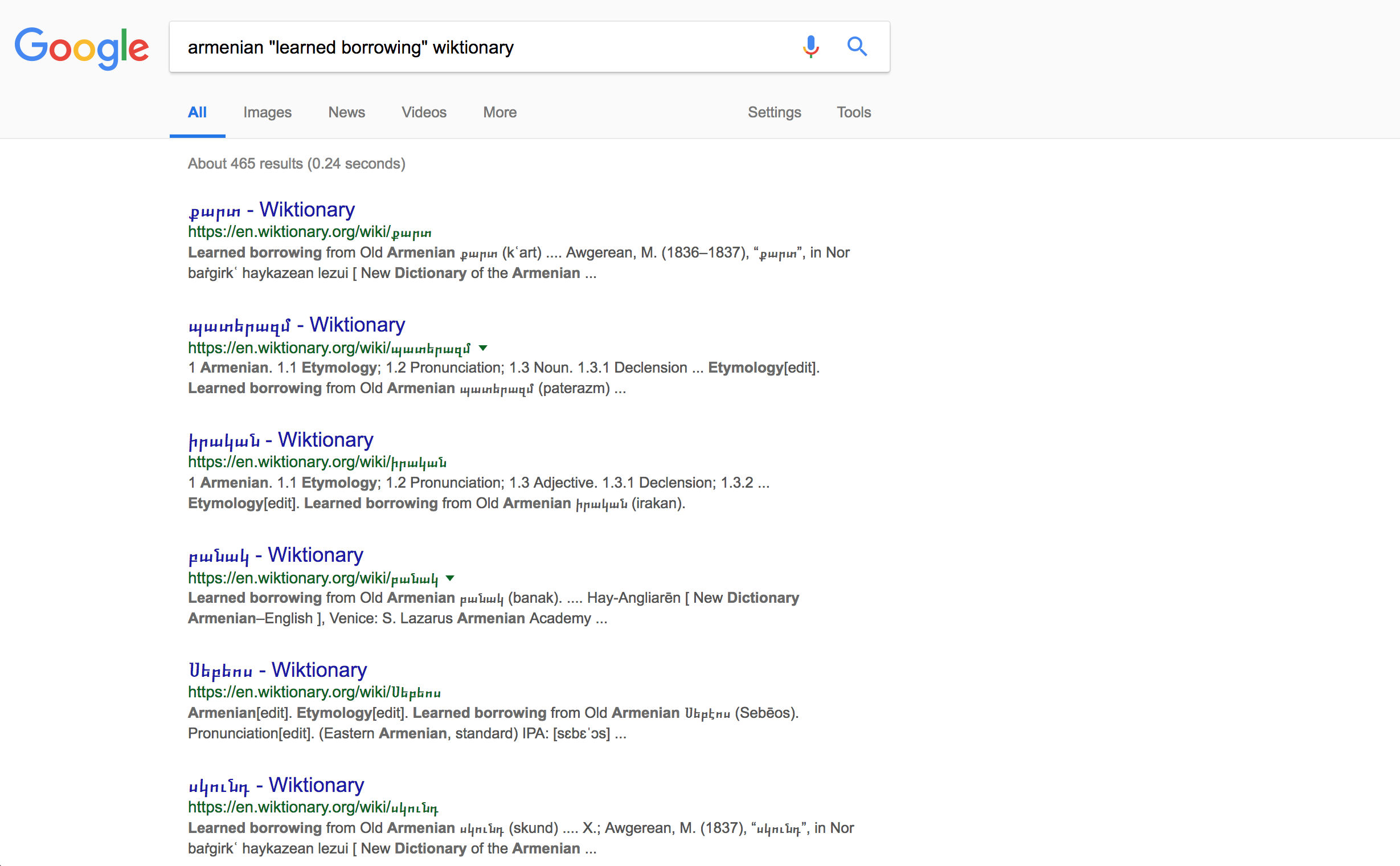 There is also a neologism neosemantism and its cognates, with very limited currency.

Not the answer you're looking for? Browse other questions tagged terminology word-formation or ask your own question.

4
What's the best term for the group of concepts pertaining to verbs which includes tense, mood, and aspect?
0
What is a term for the use of two scripts in writing?
2
What do you call the non-terminal nodes of a syntax tree?
4
What do you call an activity accomplished by other activities
2
What do you call a specific combination of grammatical categories?
2
What is the opposite of a silent letter?
3
How do you call a languages tendency to adopt foreign words rather than translate them to their language?
27
What do you call an IPA symbol that lacks a name (e.g. ɲ)?
3
Is there a name for an instance when someone misleads themself on the meaning of a word?