Can the Hebrew word translated "made" in Genesis 1 be translated as prepared or used? [closed]

Some people say it can be, which very much changes the meaning of the chapter.

It is not entirely clear which word you're referring to. Genesis 1 is an entire chapter, comprising close to 400 words, and different translations translate the same word differently. Given that the chapter generally deals with the creation of the world, it uses many forms of words concerned with making and creating. The most common ones are:

If you're thinking of the latter one, yes, it can mean "use", but that's a rather rare sense of the verb. And that particular verb really has quite a lot of senses. It takes up more than thirty pages in the comprehensive The Dictionary of Classical Hebrew by David Clines. I've attached the index page to that verb so you can see the senses for yourself. 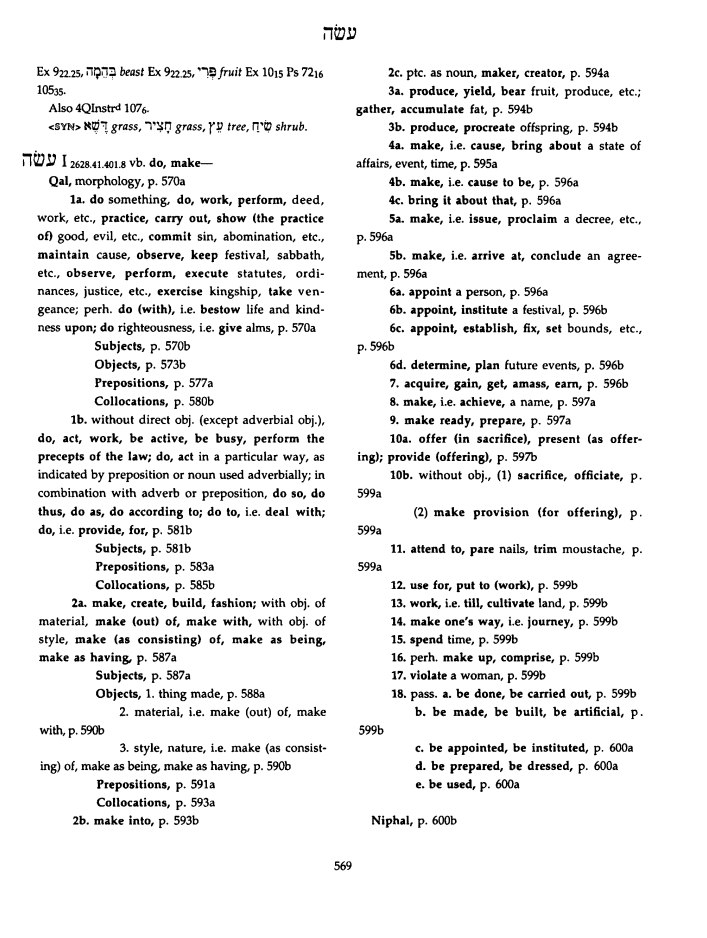 Not the answer you're looking for? Browse other questions tagged hebrew words meaning or ask your own question.

4
Can the root ש ל ם be used to mean “Submission”?
8
If Hebrew is written without vowels can there be multiple interpretations?
0
Could the latin word terrere be related to the Hebrew word תִּירָא (tira)?
1
Is Hebrew a language which can be transliterated programmatically according to a small set of clear rules?
39
Why is there (almost) no variety to the Hebrew accent in Israel?
1
Is there a human language with a continuous and differentiable morphology/phonology?
0
Is there a shared word for "word" and "thing" in any language other than Hebrew?