My teacher drew this diagram in the class. He seperated the sentence as NP and S2 but it doesn't seem true. Can somebody help me? 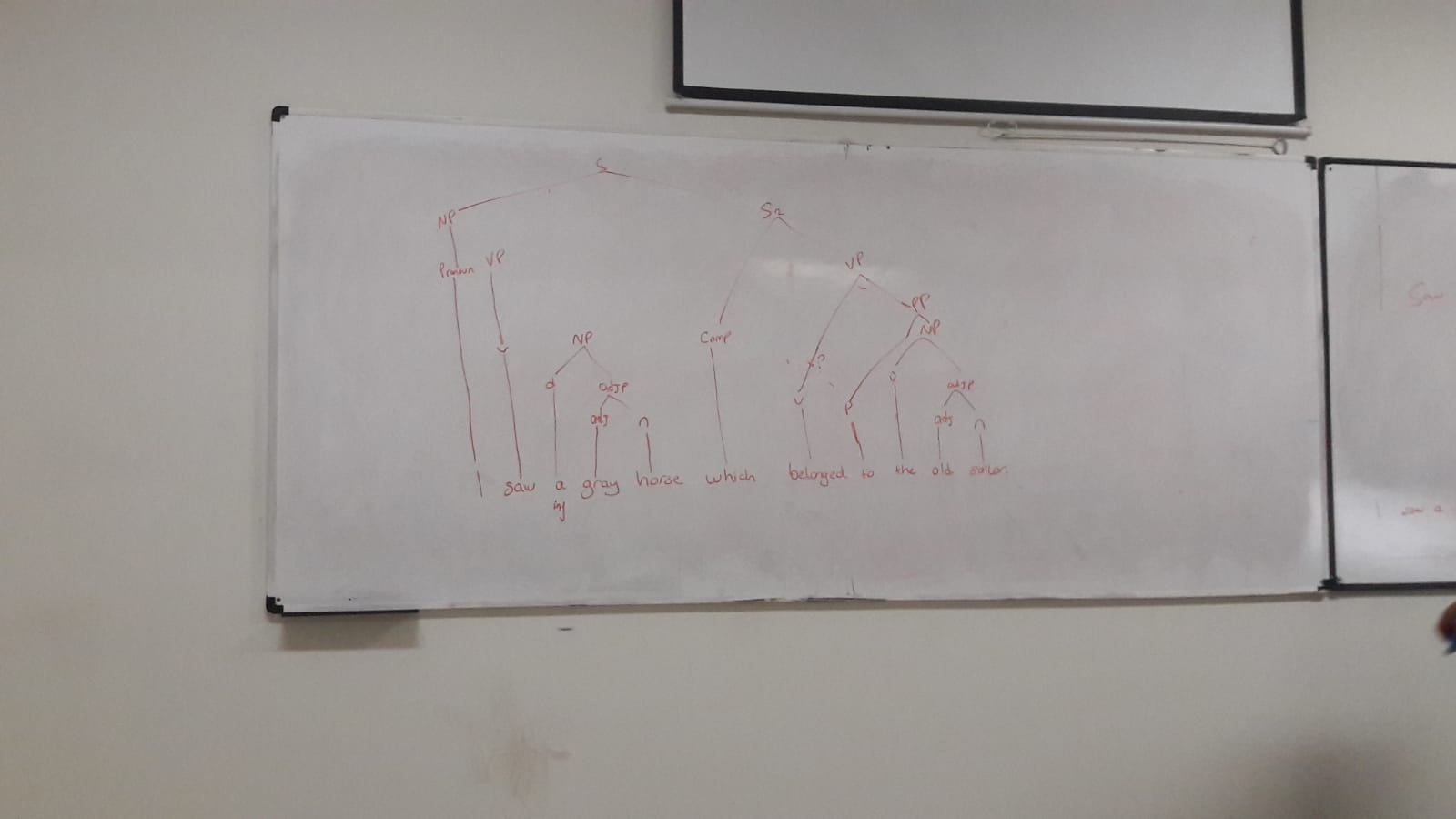 It's hard to tell from your picture, because some of the lines are not really visible. But I'm pretty sure your confusion comes from the fact that your teacher is wrong, in multiple, fundamental ways:

This is not theory-specific stuff; it's part of the basic pre-theoretic model of the simple (surface) structure of sentences that different theories try to explain and represent in different ways.

As a first approximation, try this: 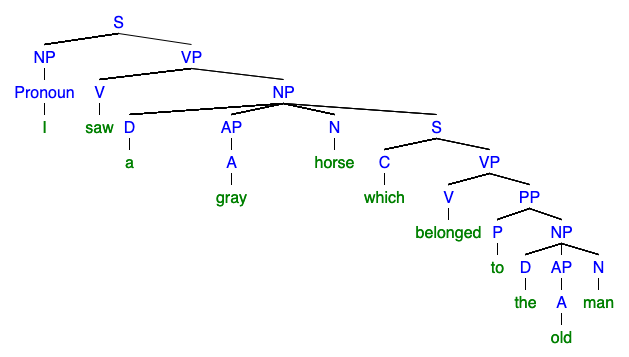 By the way, that diagram comes from the Syntax Tree Generator by Miles Shang; you can just go to the web page, paste a bracket-notation tree, and it gives you the equivalent graphical tree. There are dozens of such programs, so I'm not specifically endorsing this one; you might, e.g., prefer one that lets you drag things around in the tree instead of forcing you to get the brackets right.

Not the answer you're looking for? Browse other questions tagged english relative-clauses or ask your own question.

1
Having trouble drawing a tree diagram
3
Co-occurence of different participles in Turkish relative clause structures
4
No more than - comparing two clause
4
Restrictive/non-restrictive relative clauses modifying indefinite noun phrases
6
Why in English can't two NPs in a relative clause be relativized?
2
Auxiliaries in generative grammar
1
What is the position of 'that' in the relative clause of this sentence?