In Russian, as in many other languages, there is a rounded vowel [u]. It is very typical of Russian people, who learn English, to pronounce English labialised (~rounded) [w] with the same state of the lips, look at the picture: 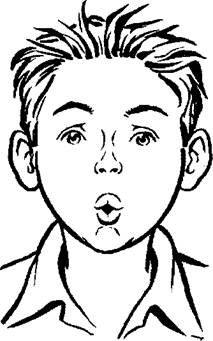 But when these Russian speakers come to a teacher who tells them not to use their lips at all and pronounce [w] in a 'smiling' manner, a question arises: if both sounds are labialised, why cannot one use his/her lips in the same way as in pronouncing [u]?

The sounds [u] and [w] really do resemble each other, just as [u] and [o] resemble each other: resemblance is weaker than identity. I don't know what the actual problem is that Russian language teachers are addressing, but given that Russian does not have [w], I assume it's sometimes challenging for speakers to produce appropriate English outputs; perhaps [wi] is produced more like [ŭi]. Both [w] and [u] involve protruded lips (rounding, a form of labialization), and [v] is labial, but is not labialized and not rounded.

The lip difference between [u] and [w] is primarily one of timing and secondarily one of degree. That is, [w] involves a more ballistic (rapid) gesture that gives a greater construction, and [u] is slower and less constricted (depending on dialect it is also fronted and/or diphthongized).

user6726user6726
63.3k33 gold badges4848 silver badges127127 bronze badges
Add a comment  |
0
Want to improve this post? Provide detailed answers to this question, including citations and an explanation of why your answer is correct. Answers without enough detail may be edited or deleted.

To whom it may concern, /u/ is a cardinal vowel which is sonorant while /w/ is a semivowel or approximant in the sense that the articulators approach each other but do not touch and do not form an obstruction.However, the two sounds have got commonalities one of which is lip-rounding or both are back. References Roach, P.(2009). English Phonetics and Phonology. Jensen, J.T. (2004). Principles of Generative Phonology. Gussman,E. (2001). Phonology, Analysis and Theory.

Not the answer you're looking for? Browse other questions tagged phonetics articulation or ask your own question.