My girlfriend, who is Greek, cannot perceive the difference, but to me they sound very different.

Is the difference really only the length of the vowel?

If I hold the vowel in "bin", it doesn't sound at all like "been" to me, but is that down to me starting out knowing what word I'm trying to say, and so I'm primed to hear "bin" over "been"? 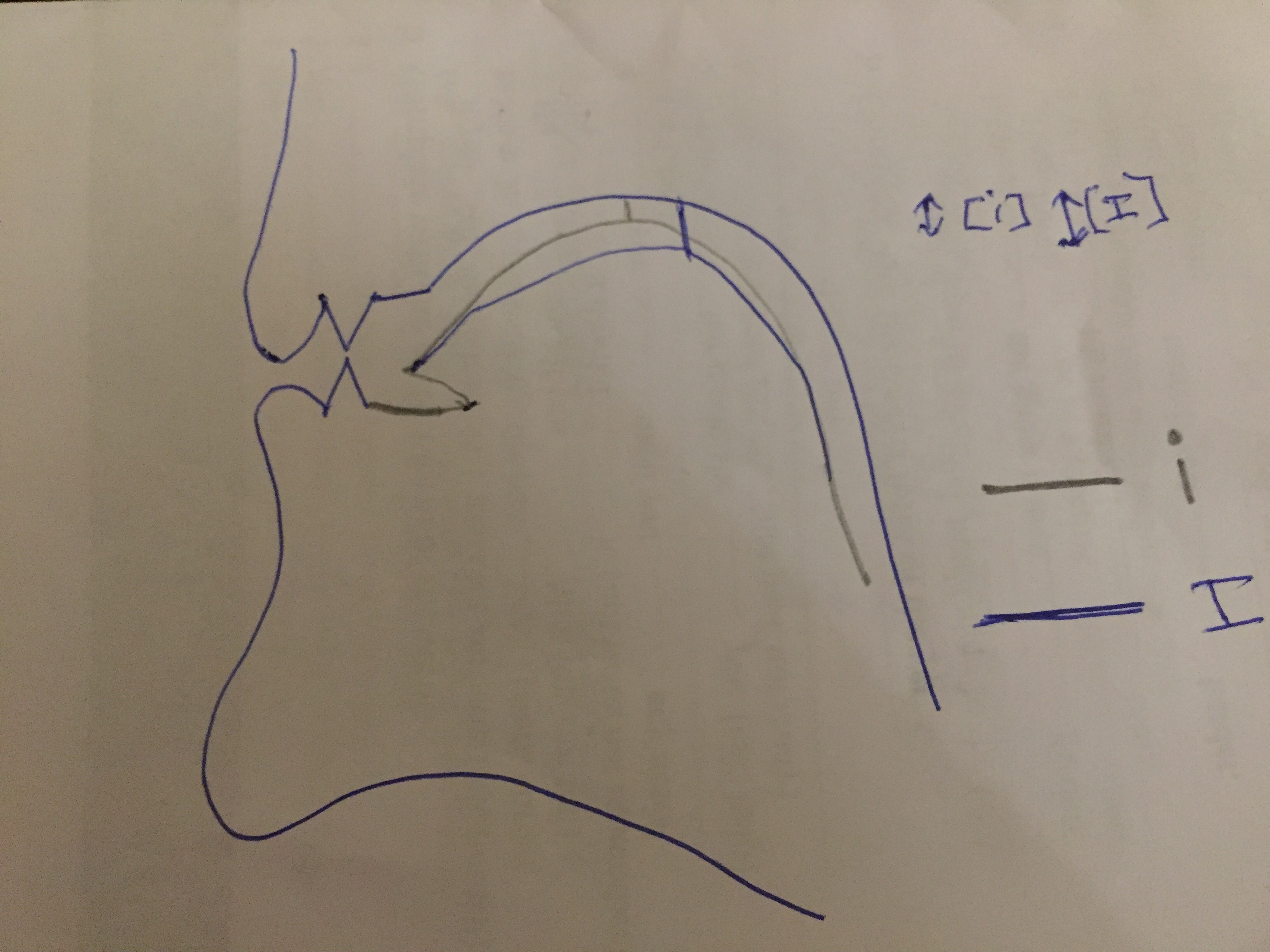 No, the difference is not just—or even primarily—one of duration. Although in any given environment /i:/ wil be longer than /ɪ/, their environments radically affect their durations. Because of this, the realisation of /i:/ in some environments will be shorter than that of /ɪ/ in others.

The difference between realisations of /i:/ and /ɪ/

Despite the fact that /i:/ for most speakers will be consistently and reliably longer than /ɪ/ in the same situation, this is not the most significant difference between the realisations of these two vowels. They are qualitatively different.

When most speakers make an /i:/, that part of their tongue directly below where your hard and soft palate meet rises up very close to the roof of the mouth. If you are an RP (Southern Standard British English) speaker, it will come so close to the roof of your mouth that if it got much closer, it would cause the air passing through to become turbulent and would effectively turn the sound into a consonant. If you speak General American, then the gap between your tongue and the roof of your mouth will be ever so slightly bigger.

For most speakers, when they produce an /⁠ɪ/, the gap between their tongue and the roof of their mouths will be significantly bigger than it would be for /i:/. It will be nowhere near close enough to cause any turbulence. In addition that part of the tongue that will rise up towards the roof of the mouth will be some millimetres further back from that part that would rise up for /i:/.

However, for a speaker of Greek, both of the sounds that might be produced by an English speaker aiming for /ɪ/ or /i:/ would be understood to be variations of the same Greek phoneme. It is extraordinarily rare for a language to have two separate high front vowels. Whether a (typical) Greek speaker listens to a pronunciation of /ɪ/ or /i:/, their language brain will map both sounds onto the Greek I phoneme. So, for example, the words piss and peace will both sound like the word πεις for a Greek speaker, which is the subjunctive of the verb say.

However, if an English speaker wanted to help another non-native speaker hear the difference between the two vowels, there usually is a safe way to do so.

If you want to help such a speaker hear the difference, show them that if you give them a triplet of words such as beat, bit, bet (/bi:t, bɪt, bet/, respectively), they will be able to hear that bit is closer to bet than beat is.

Broadly speaking, English /ɪ/ is pronounced as IPA [ɪ], and English /i(ː)/ is pronounced somewhere around IPA [i], [ɪi], [ɪj]. The IPA symbols [ɪ] and [i] represent vowels of different "qualities", not just different lengths. Vowel quality is related to the position of certain parts of the tongue during the pronunciation of the vowel, and it can be thought of as mainly involving two dimensions, "closeness" (also known as "height") and "frontness/backness". These can be plotted against each other to get a visual depiction of a "vowel space", which is often depicted as a trapezoid or triangle.

Using a transcription like [ɪi] or [ɪj] for /i(ː)/ represents that the vowels /i(ː)/ and /ɪ/ often differ not only by having different qualities (i.e. different positions in the vowel space), but also by having different "trajectories" for their qualities over time: /i(ː)/ tends to become closer towards the end, with an "offglide" that resembles the approximant /j/ (the "y"-sound of yellow). The /ɪ/ sound typically doesn't have this y-like offglide. (In some circumstances, /ɪ/ might actually become more open towards its end, which could be transcribed as something like [ɪə]).

We can measure the acoustic quality of a vowel by looking at the position of its "formants" on a spectrogram. For example, the closer a vowel is, the lower its first formant will be. You can see pictures and more explanation on this page: https://home.cc.umanitoba.ca/~robh/howto.html#formants

Let me try to put it simpler:

The difference between /ɪ/ and /i(ː)/ as in bin and bean besides length is that /ɪ/ is 'clear' and the /i(ː)/ sounds a little fricative. You could probably also write bean as /bhɪːn/. It's the same difference as in ton an tone, just more difficult to hear with the i. Bin and pin have pretty much the same difference without the difference in length, if you pronounce pin with an aspirated p.

Not the answer you're looking for? Browse other questions tagged english phonetics or ask your own question.

5
Question regarding leading "r" sounds in Japanese
13
What's the evidence for and against isochrony?
3
Three questions regarding the distinctions between certain broad and slender sounds in Irish
4
The difference between [w] and [u] (especially between the states of the lips)
13
Is the "p" in "spin" really a "b"?
1
/ɹəʊd/ vs /ɹoʊd/ etc
0
Characterising a difference in the realisation of a vowel
0
Is there Wis-consin and Wi-sconsin?