In every spoken language I'm aware of, if you read a word you are unfamiliar with, you can generally work out how to pronounce the word from how it's written. You can sound it out.

Is this kind of thing possible with American Sign Language? If no, is it possible in any sign language? Is it possible to figure out how to sign a new word by "signing it out" analogous to how a speaker would "sound it out"?

Do you mean can you know how to sign a word in American Sign Language by reading it in English? Well no, because the two languages are not really that similar. Sign languages are not transformations of the local spoken language, they are independent fully formed languages with their own vocabularies and grammars. ASL is actually part of the French Sign Language family.

There is a thing called Manually Coded English which is a way of signing the English language. This can involve borrowing some signs from sign languages, making up new signs, and finger spelling. But even Signed English has different incompatible forms, based on the sign language of the area: ASL and BANZSL (the sign language of the UK/Australia/New Zealand) are not related, and only share about 40% of signs (and they only have that much in common because of borrowings, not because they descend from one language like English and French from Indo-European) and have different finger spelling systems. So not only could deaf people from the US and the UK not understand each without first learning the other's sign language, they also could not communicate through Signed English.

It appears you are (implicitly) asking about Sutton Sign Writing. If you don't know the system, obviously you can't learn a new sign. It's not clear how many signers know the system, but it appears that, in principle, the system is capable of symbolising any sign in any manual language, so that a monolingual ASL dictionary could be possible.

I think part of the issue here is that you’re comparing ASL - which has several non-concatenative (I.e. simultaneous) elements - to spoken languages, which have more limitations as far as that’s concerned and are typically concatenative (I.e. linear). Phonologically, a sign has 4 elements: handshape (the configuration your fingers and hand make), movement, palm orientation, location (and in practice, non-manual markers, but that’s a whole conversation in its own right), and due to the physical nature of them, they all happen at the same time (save for dynamic signs, but for the sake of simplicity, we’ll ignore that here). That is to say, I couldn’t do a handshape, then the movement, then the location, then the palm orientation - that’s not how bodily mechanics work. Theoretically, someone learning a sign could go “okay, it has an A handshape, palm orientation is facing across the body, moving up and down, located in neutral space making contact with the other palm which is facing upwards with a B handshape.” In practice, doing that much examination is more complicated than seeing a sign and copying what they do, though some element of that could be included in making adjustments during learning.

As previous respondents mentioned, ASL and other sign languages don’t have a standard writing system - there have been a few systems created with that intent, but never really took off save for small groups of people here and there, and those are often teachers or linguists. The vast majority of signers don’t know those systems, and many have never even heard of them.

Phonemes in English are distinct, unique sounds which sometimes-to-often correspond with letters or combinations of letters.

You cannot determine how to produce a sign by reading an English word. You learn new signs by seeing someone sign them and copying the sign for yourself.

Sign language communicates concepts not sounds. Sounds do not have any meaning in language of Deaf.

However it is possible to communicate word equivalents through language components- for example stringing English alphabet letters together to literally Express an English word - this is called fingerspelling.

The OP seems to have the mistaken idea that sign language is an alternate system to Express and receive English...its not

Well are y are you asking if you can guess a sign this meaning based on what it looks like, because there are certain things called classifiers, that can help you, as a beginner signer, understand the nature of what's being talked about. For example for water dripping, you would sign water first and then Shake Your Hand with the Palm inward(ring finger is the bottom finger) in a rotated w shape mimicking the dripping of a water faucet. You could not know that the second sign means dripping but you could figure it out based on the context, and the nature of the classifier (along with NMMs). But signs arent inherently "intuitive".

This version of written ask is pretty phonetic. 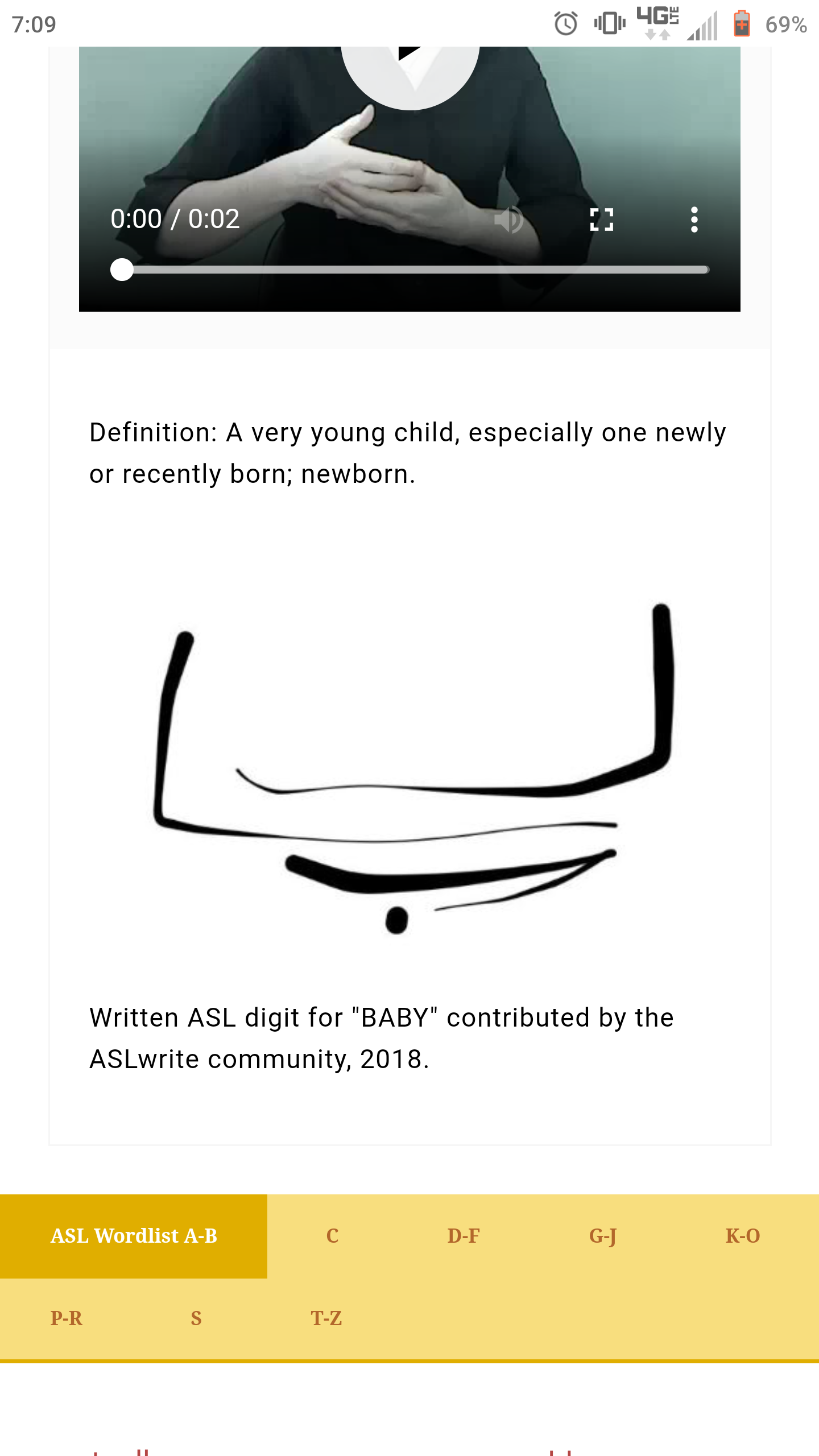 AdamAdam
11
Add a comment  |
Highly active question. Earn 10 reputation (not counting the association bonus) in order to answer this question. The reputation requirement helps protect this question from spam and non-answer activity.

Not the answer you're looking for? Browse other questions tagged pronunciation sign-languages asl or ask your own question.

7
Examples of physical signs adding content to conversation?
17
Do sign languages inflect?
6
What similarities are there between Nicaraguan (ISN) and American (ASL) Sign Language?
0
Languages where the prestige or standard variety is not "clear" or "distinct"?
1
How is Manually Coded English (MCE) different from American Sign Language (ASL)?
4
What are the terms for assignable anaphora?
2
Algorithm for figuring out the pronunciation of a word
8
Is mouthing phonemic in American Sign Language or other sign languages?
0
Is there any notion of a single "standard" dialect in various languages?
0
Is there a name for the idea of having grammatical rules for the purpose of easy pronunciation?