If our requirement says that the only thing that isn’t a phrase in an NP is the N itself, why a problem?

Pls see red underline. I don't see what is problem? 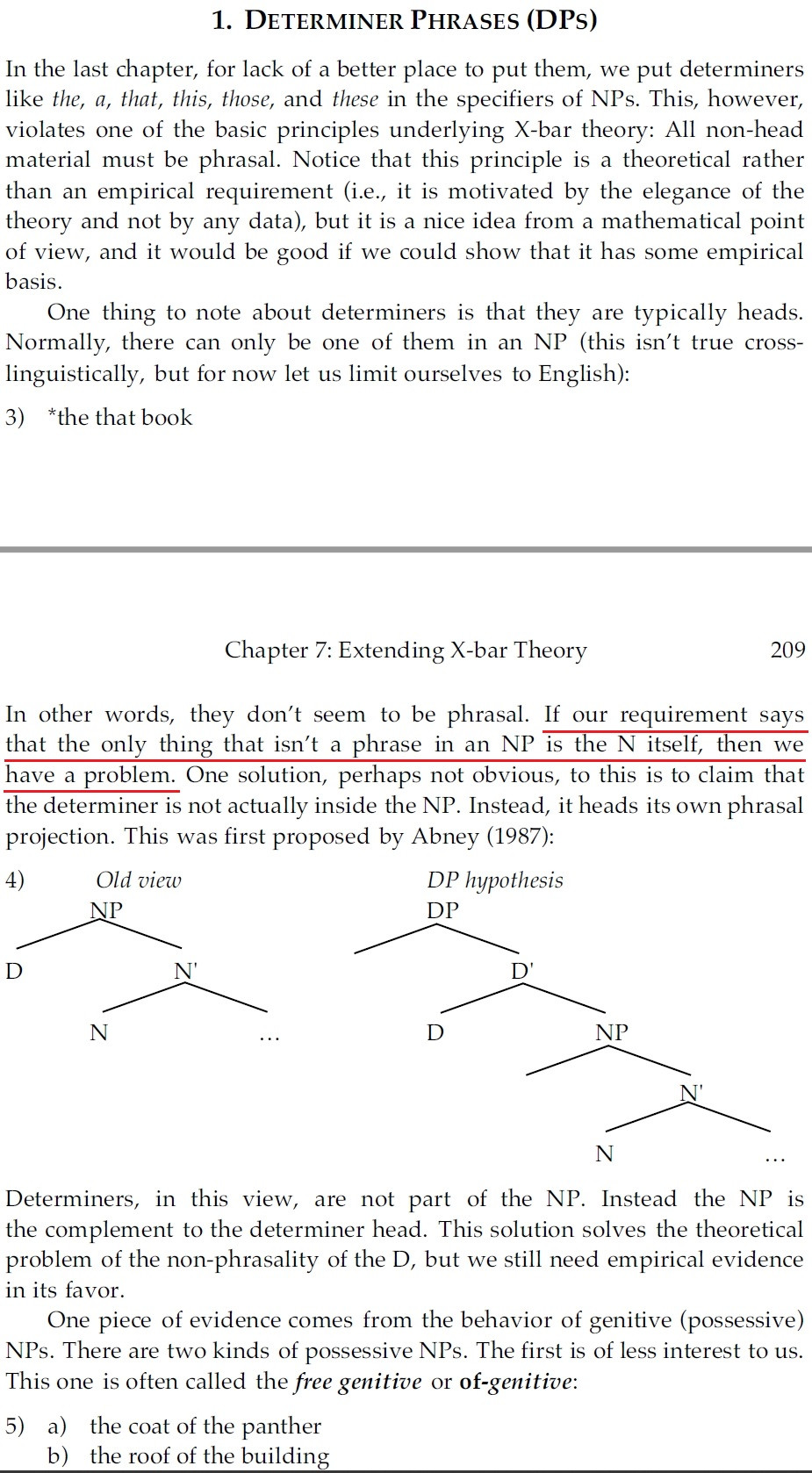 The problem is that the determiner itself doesn't act like a phrase. For example, you can't conjoin two determiners (*the and my book), you can't attach complements to determiners, and so on. We could say that the determiner is a special type of phrase which acts differently from all the others, but that introduces ugly exceptions into the theory—it's much more elegant if all phrases act the same way. So we can't call "the" a phrase.

But on the flipside, we also want each phrase to contain only a single head, plus any number of other phrases. We know that the noun (N) acts as the head in a noun phrase (NP), so we'd really like everything else inside the NP to be a phrase of some sort.

The "DP hypothesis", as the book calls it, gets around this by making the determiner the head of a phrase which contains the entire NP as its complement. This means determiner phrases (DPs) act the same as other phrases in terms of conjunction, complements, and so on.

Not the answer you're looking for? Browse other questions tagged syntax english generative-grammar carnie or ask your own question.

0
Does Syntactic Category determines Position in the sentence and the Position in the sentence determines Category?
1
How do distinctive features work?
1
Why cannot the Intermediate Structure be again XP, instead of X'?
2
Which nodes are meant by 'the specifier of a null active V' and 'this VP'?
0
Why cannot the verb 'consider' theta-mark 'Frederick' as the Theme?
3
Introduction in generative grammar
3
If the that-trace effect is not learnable and thus must be biologically built in, how can speakers of French or Irish violate it?
2
All non-head material must be phrasal. — Why's this principle nice idea from a mathematical point of view?
1
Why only 1 complement is possible?
4
Is “of the kitten” in “the paw of the kitten” a complement to the NP or an adjunct to the DP?