I have a question about this tree diagram in The Cambridge Grammar of The English Language (by Huddleston and Pullum): 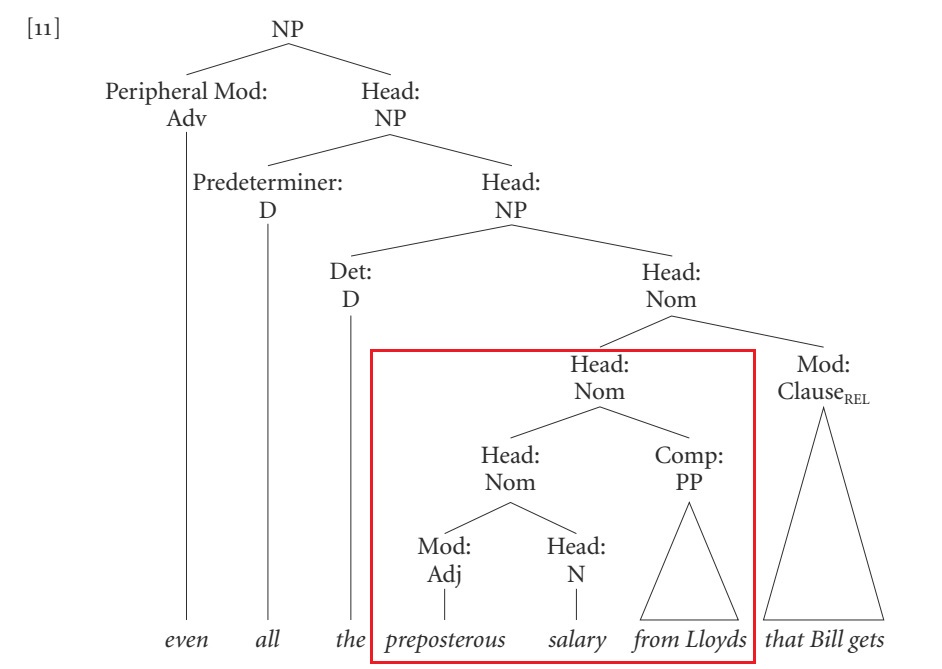 Please see the tree diagram in the red box of the nominal preposterous salary from Lloyds. (In CGEL, a nominal corresponds to N' in the X bar theory, and is written in the tree diagram as 'Nom'.)

For comparison, here's another tree diagram in CGEL:

In [5a], old man forms a nominal as does preposterous salary, but unlike in [11], there's no complement of man.

Here's another diagram in CGEL:

Here, the nominal careful analysis of the issues contains the same tree structure not as [5a] but as [11]. And I think that's because the noun analysis is followed by the complement of the issues. Hence the question.

I've always wondered about this tree too. In particular, I wondered why from Lloyds would be a complement. And so I asked Geoff Pullum, who replied that he thinks that salary doesn't take complements. In other words, it's a mistake.