Distinguishing between [s] and [ʪ] in spectrogram

Is there is a way to differentiate between [s] and [ʪ] using spectral analysis (Pratt or spectrum view or any other software)? Is there is any particular pattern that only appears with the [ʪ]?

[ʪ] could be found in the extIPA Wiki link Thanks

You will probably have to dig elsewhere to find actual data on lateral lisps. One large caveat is that you can't compare children and adults, and the data on characteristic properties of phonemes will come from adults whereas lateral list is a condition to be eradicated with young children. You can however read this paper, which compares acoustic properties of numerous fricatives in numerous languages, especially ones that have both [s] and [ɬ]. That paper gives measurments on [s] vs. [ɬ] in Aleut, Apache, Chickasaw, Hupa, Montana Salish and Toda (and other fricatives). They measure duration, center of gravity, and overall spectral shape, generally finding that duration isn't a good predictor of the differences although there are quirks such as that [ɬ] was the longest fricative among female speakers of Western Apache. On the other hand, gravity center frequency does differentiate fricatives, so that [s] has thehighest gravity center. They do note that this difference between [s] and [ɬ] in Montana Salish is not statistically significant, suggesting that [ɬ] in Montana Salish is not "typical". I haven't heard MS, but I judge the [s,ɬ] contrast in Lushootseed (Salish), various southern Bantu languages, and Welsh to be comparable. The spectral properties measurement is less informative, but doesn't contradict the high-frequency property of [s] – it does indicate that the high frequency spectral peaks of [ɬ] are weaker.

I do not know any speech pathology. Judging from descriptions online, it seems like a lateral lisp [ʪ] is a production of /s/ with lateral airflow, which would make it a lot similar to the /ɬ/ phoneme from e.g. Welsh. 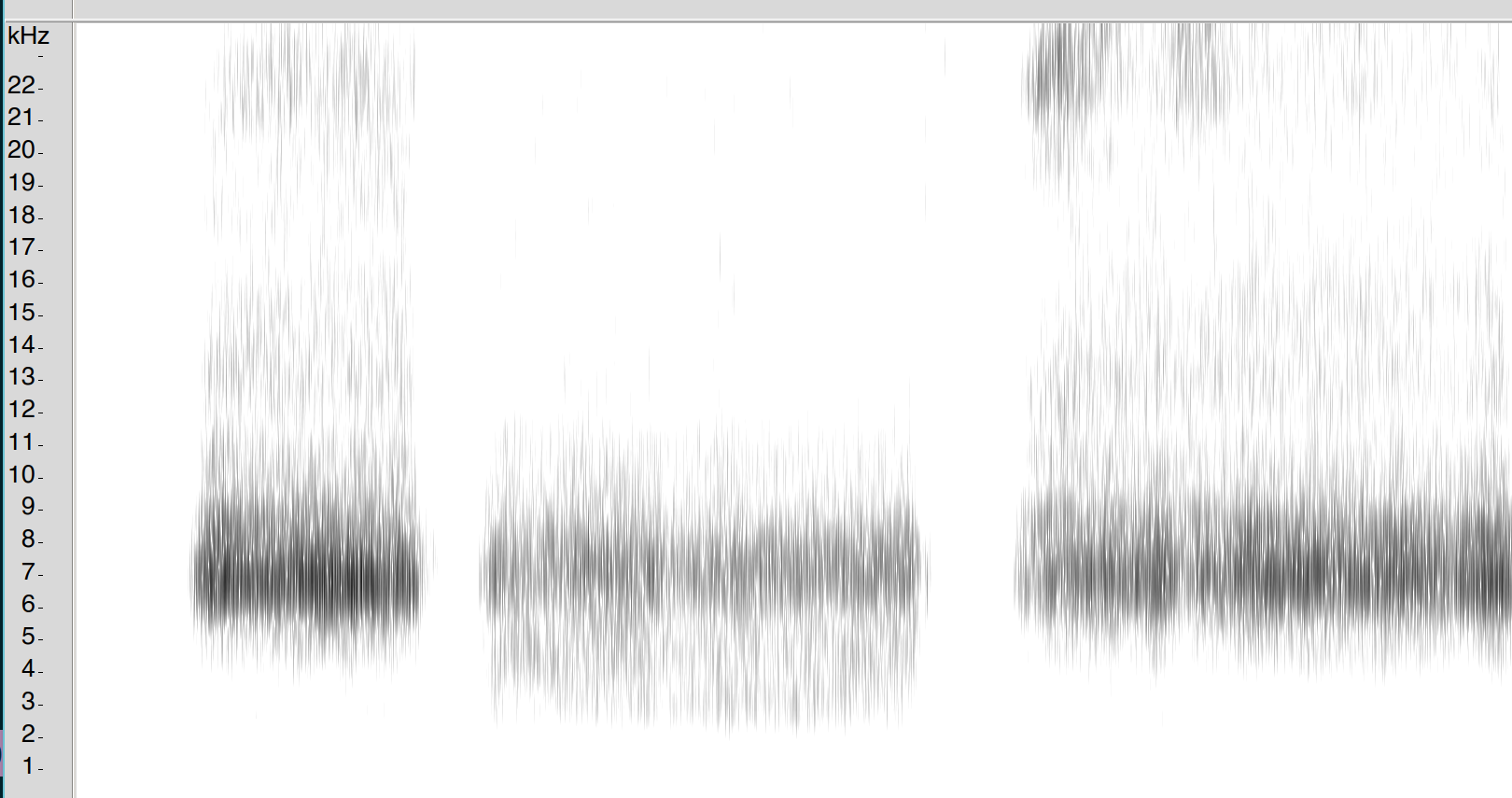 This is me producing a good grooved [s], then [ɬ], then again [s]. The most noticeable thing for me is that the turbulence of [s] has a lot more overall energy, both on its dominant area (around 7kHz in my production) and on higher frequencies. This is consistent with the lateral sound feeling "mushier" and its airflow being less concentrated. The spreadness of the lateral also makes it busier in the lower frequencies. The high frequencies seem especially weak – they're there, but in this particular sample almost didn't show up.

(I don't know how generally does this apply.)

Not the answer you're looking for? Browse other questions tagged phonology phonetics praat acoustic-analysis speech-recognition or ask your own question.

43
How do linguists place the vowels of a language precisely on the vowel trapezoid?
9
Distinguishing dialects objectively: lexical sets in non-English settings
2
Why is [f] ambiguous between [f] and [s] after saying the word <three>?
2
Praat's y-axis in spectrum graph
2
How to read a value from the Spectrum Slice of Praat
5
How are the palatal approximant and palatalization different in Slavic languages?
3
How harmonic is speech?
6
Apical postalveolar approximant [ɹ̺] and retroflex approximant [ɻ]: What is the difference?
7
How to synthesize French vowels