How did these first person plural pronouns come to be in Catalán?

I recently saw this image comparing different first person plural masc. pronouns to Pokémon. For reference the pronouns listed are

At this point though I can't find any more. It seems that these variations (plus some more) do exist but that's about it. I would love, though, to be reading more about these, their histories. In particular which changes happened first or second and which forms diverged from each other. Ideally I would like to be able to make a sort of tree or something like that.

Are there any more informative and scholarly resources about the history of the first person plural pronouns in Catalán dialects? I would suppose that these changes would be a part of larger phenomena ongoing in these languages, so a source does not need to specifically reference this word if it clearly applies. I would prefer sources in English or Castilian when possible, but I can read Catalán very slowly. 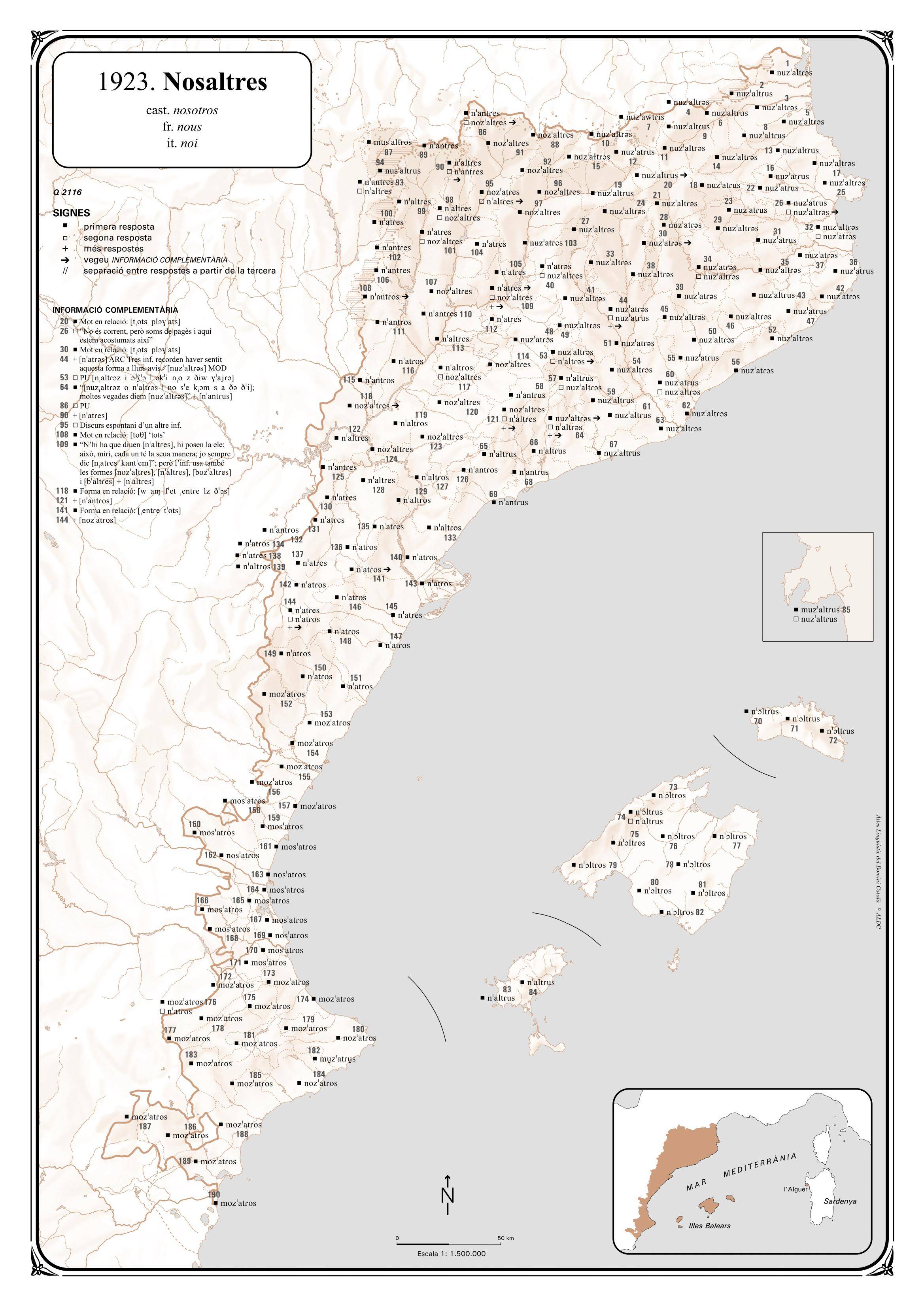 Not the answer you're looking for? Browse other questions tagged reference-request pronouns catalan or ask your own question.

6
How did the Portuguese pronoun "se" take on these other functions?
12
Indo-European prepositions: whence did they come?
26
Is there a language without gender in third person pronouns?
4
Are first-person and second-person pronouns always co-referential for a given speaker at a given context?
4
'm' in the words meaning first person
4
Portuguese: Inconsistencies in use of second person pronouns and conjugation
14
Is English unusual in having no second person plural form?
2
Did/Do most languages use a similar pronoun to the plural for formal singular?
29
Is there a language where there are personal pronouns for the first or second person that have gender?