In his Akkadian grammar (specifically the appendix on phonology), Huehnergard lists the following Proto-Semitic consonants: 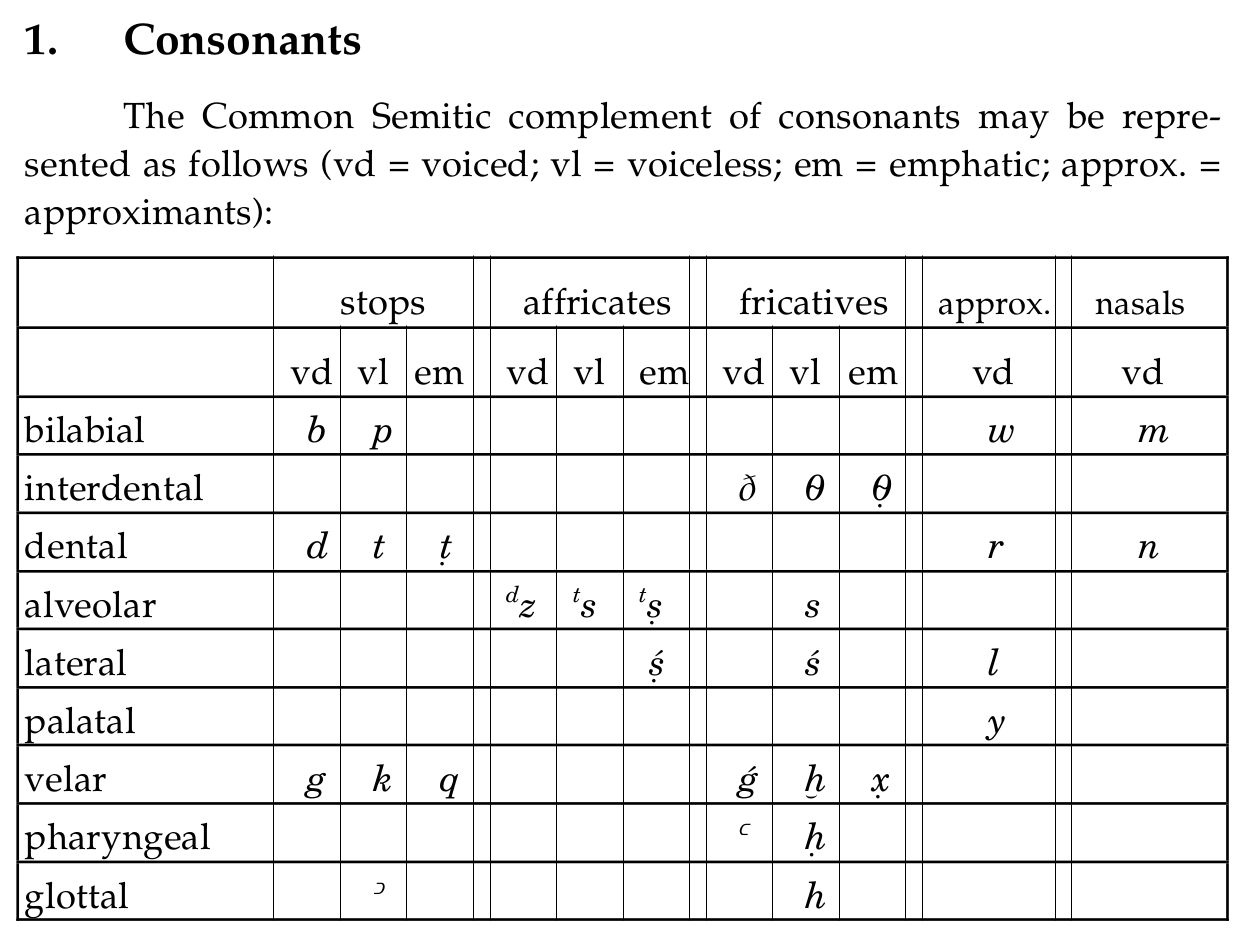 Most of this looks familiar to me. However, *x̣ caught me by surprise; I'm not used to an emphatic velar fricative being included. (Semitic is very much not my specialty, though, so I'm not very well-read on it; it's entirely possible that it's a mainstream thing that I just haven't come across before.)

Is this part of the mainstream consensus? And what is the evidence for it?

One page further (p. 587), Huehnergard gives as one of the changes from Proto-Semitic to Old Babylonian:

The traditional solution is that Proto-Semitic ḫ stays unaffected, whereas Proto-Semitic *ḥ is dropped in East Semitic. However, the second group, where West Semitic *ḥ corresponds to East Semitic ḫ, is too large for this. In default of a phonological explanation that can predict which instances of *ḥ become Ø and which become ḫ, we must posit a third consonant for this second group (Huehnergard compares this to the situation of ð merging with d in Aramaic but z in Hebrew; cf. Aramaic dkr vs. Hebrew zkr 'remember').

Because this hypothetical consonant merged with ḫ and ḥ it should be a fricative articulated near the velum or pharynx. Most consonants in Proto-Semitic come in a triadic opposition (voiced/voiceless/emphatic), the exceptions being bilabials and velar and pharyngeal fricatives (none of which have emphatics). Because a emphatic pharyngeal fricative is 'unexpected on articulatory grounds' (p. 115), an emphatic velar fricative x̣ is proposed, i.e., IPA [x'].

Is this the mainstream consensus? I can't really comment since I don't work in phonology, but I can say that (1) you are right to be surprised (2003 is pretty recent) and (2) Huehnergard is usually right.

Not the answer you're looking for? Browse other questions tagged phonology comparative-linguistics semitic-languages reconstruction ejectives or ask your own question.

24
Was there a Semitic influence on Proto-Germanic?
6
Semitic: *w > y
5
At what point did the feminine ending fall silent in Semitic languages?
6
Wanderwörter between IE and Semitic
10
Do voiceless approximants exist? What is the consensus among phoneticians/phonologists?
10
How well do Semitic languages preserve consonants over time?
0
What is the reconstructed root for fire in Proto-Uralic or Proto-Finno-Ugric?