Characterising a difference in the realisation of a vowel

When I've looked at Thai in the past I've noticed that there is something different about the vowel transcribed as /ʉ/ or /ɯ/ when it follows certain consonants, especially /m/. The same goes for the diphthong which has that vowel as its first element. I don't think the difference is just that the nasalisation of the /m/ carries over into the vowel, but then I haven't been able to put my finger on exactly what it is. I've uploaded clips of two individual words to SoundCloud, in the hope that someone will be able to help. The spectrographs are below, in the same order.

Both clips have the diphthong - the fact that one has a coda changes the sound of the second element, but it's the first I'm interested in.

I've noticed by the way that Soundcloud cuts off the first part of a sound file when it's autoplayed, but it's all there when played manually.

Edit: I've been asked in the comments to suggest a phonetic transcription. For the first one, I'd say /phɯ̞̈a/, realised as [phɯ̝̈ə].

For the second one, the spelling would indicate /mɯ̞̈aŋ/, but the best phonetic transcription I could give would be [m?a̝ŋ] or even [??a̝ŋ]. The initial consonant does sound like [m] but there's something about the transition to the first element of the diphthong that is strange, and I can't rule out the possibility that this is to do with the initial. 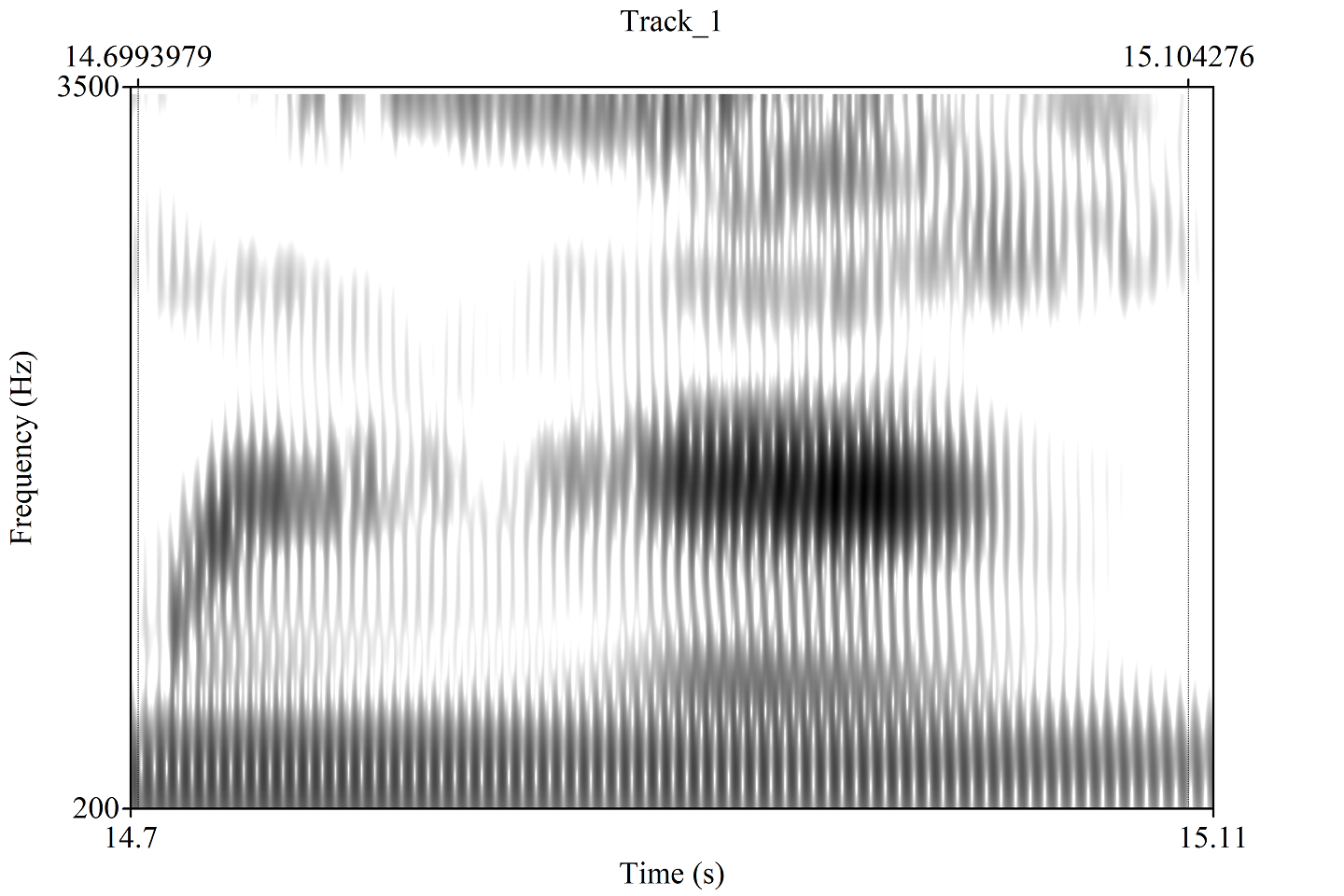 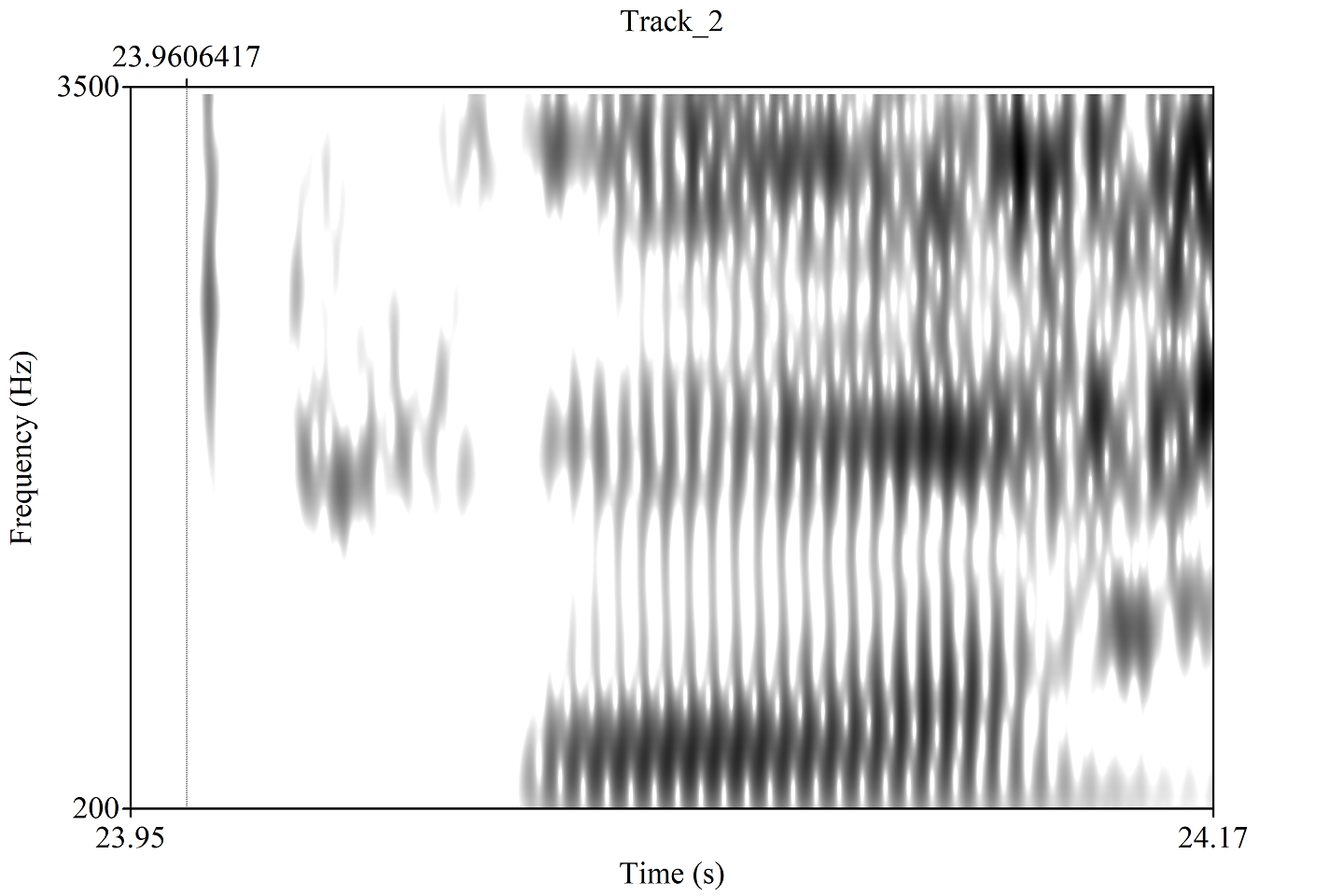 My answer is not specifically about Thai, it is about phonetic properties of some specific utterances. By way of comparison, here are other recordings of เพื่อ and เมือง. These three recordings sound quite different from the ones given in the OP. In the case of เมือง, it sounds like [mɯŋɤŋ] and เพื่อ sounds like [pxa] (though the release on the latter is hard to classify with standard phonetic symbols). Whereas in the Forvo recordings the diphthong is evident, in the present tokens, there are no diphthongs – the formant tracks (courtesy of Praat) are pretty level.

If these tokens seem strange to you and the Forvo tokens don't, the present tokens are different and this might indicate a dialect difference.

9
How can I differentiate between syllable-initial [ɣ] and [ə] using Praat or other software?
5
Is jaw position essential or incidental in vowel production?
4
Understanding the STRUT vowel as a listener without the split
4
What do languages without a schwa vowel have in common?
3
Is there an articulatory explanation to spontaneous nasalisation in New Indo-Aryan?
0
Confounding factors in the perception of foreign vowel sounds
0
are there any languages that have sounds in diphthongs that don’t occur in isolation?
0
Diphthong detection technique — reference?