The reason for a partly voiced hold in I’d

In I’d take ’d t can be pronounced as [t] with the first part of the hold voiced (the second one and the plosion with aspiration are voiceless).

How is it better explained: is it because of [ai] (the two articulatory gestures are overlapped) or because the voiced /d/ is realised this way?

The Praat picture (this video is analysed): 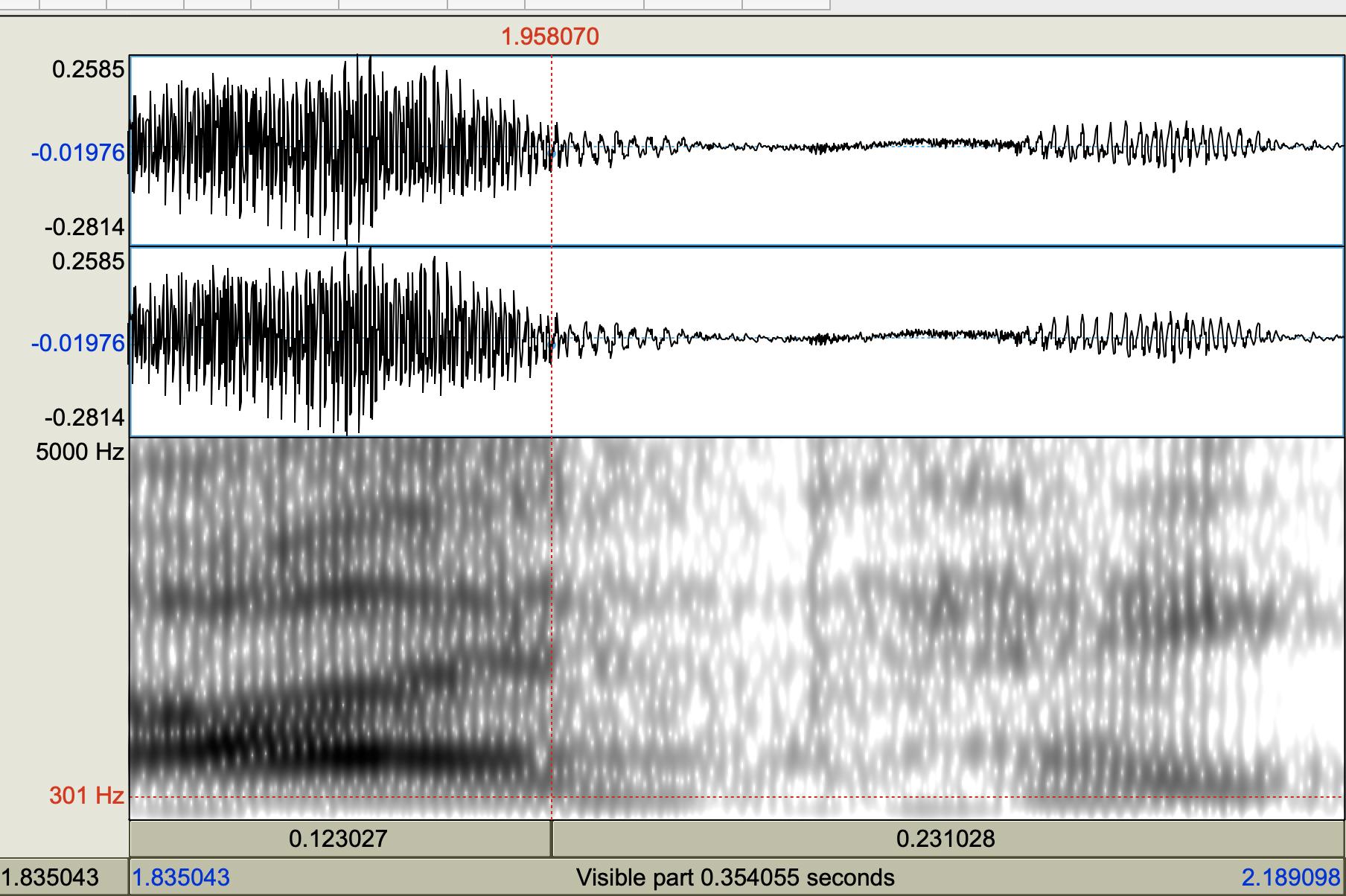 You need to frame this as a broader and testable question, and the investigation has to be conducted with some underlying theory of what might be happening. I think you can probably control speaker, register and recording-circumstance variables just by focusing on the corpus of this speaker's productions. There are a lot of linguistic variables that potentially bear on the datum that you've identified, for example the stop sequence is preceded by a stressed vowel, the consonants are the same except for voicing, they are stops, they appear in the order voiced-voiceless.

If it were the case that the initial voicing span has to do with the preceding vowel (perseverative co-articulation), you predict that you will find the same effect in "I take this...". If that doesn't happen, then you can't just say "it's voicing co-articulation with the preceding vowel". Maybe you can qualify the hypothesis by saying "...as long as the consonant is d but not t, but why not just say "because d is voiced"? A competing hypothesis is that d is a voiced consonant (that's what explains the voicing). Is there evidence that this speaker devoices voiced stops, and if so, in what context? There are basically 6 contexts to look at: VttV, VtV, VtdV, VdtV, VddV and VdV.

My two main points are that devising an explanation for a fact requires you to identify what the fact is, and to consider what other logical possibilities exist. An isolated token is not amenable to explanation because there are too many theoretical variables that possibly influence the outcome, and no basis for reasoned evaluation of alternative outcomes. And, "explanation" implies some kind of underlying theory, so what is that underlying theory?

Not the answer you're looking for? Browse other questions tagged phonetics acoustic-analysis articulation assimilation coarticulation or ask your own question.

12
Common problems in second language pronunciation
4
Should the voiced /t/ in the word "ninety" in General American English be considered a tap or a plosive?
0
Does phonetics's definition of 'voiceless' differ from the absence of voice?
1
Looking for minimal pairs showing lenis/fortis distinction (preferably for German pronunciation)
1
If any phonologies / languages make a distinction between voiced/voiceless nasals, approximants, vowels, trills, or flaps
11
Do voiceless approximants exist? What is the consensus among phoneticians/phonologists?
1
Are there any standards for the manual modification of fundamental frequencies in Praat?
3
What are partially voiced stops (as in Danish)?
0
Characterising a difference in the realisation of a vowel