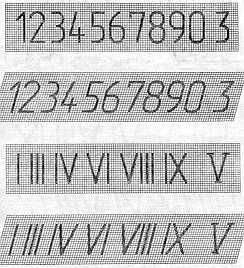 3
Was there an evolution of the Greek alphabet in the Middle East?
17
When did other slavic nations adopt the Latin-inspired look of printed Cyrillic pioneered in Russia?
8
Why are the scripts of Crete known as "Linear"?
8
The Cyrillic script among the Slavic people
4
How do I know if a cuneiform character is a logogram or determinative?
0
Why does text in Cyrillic or Japanese contain Latin characters for technical/scientific terms?
2
What does the letter do ৡ in Bangla?