I have read that in Mishnaic Hebrew, some pronounced the 6th letter as waw/w and some as vav/v What is the evidence of this?

I have read that in Mishnaic Hebrew, some pronounced the 6th letter as waw/w and some as vav/v What is the evidence of this?

I see it mentioned here https://forum.wordreference.com/threads/%D7%95-vav-waw-pronunciation.2878084/ "In Mishaic Hebrew, there is already some confusion between bet and vav, showing that they were pronounced the same (at least by some people) at the time."

Also I heard that some evidence for it being v in mishnaic times. "a poet named Eleazar ben Kalir from 6th century in the land of israel. So 1500 years. And he's rhyming Levi(לוי) and Navi(נביא). All Jews agree that the V exists in hebrew, bet without a dot. So anyhow, this poet rhymes Levi with Navi. It wouldn't work with Lewi like the yemenites pronounce it. " (Not sure what poem it was?)

I'm wondering if that's correct and if there's any other evidence besides that poet.

Also, this book "The Doctrines of God" By Dr. Al Garza, some other sources/info is mentioned.

"“Take for example the words אביב (aviv, "spring") and אביו (aviv, "his father"). Today, these words are pronounced exactly the same, but at some point historically, "spring" was pronounced "aviv", while "his father" was pronounced "aviw". The question is then whether these two words were pronounced the same way in Mishnaic Hebrew. The confusion I was referring to is when someone writes a vav when the word should have a bet, or when someone writes a bet when the word should have a vav. There is evidence that such confusion existed in Mishnaic Hebrew, proving that some people already pronounced words like "his father" and "spring" the same way.”

Regarding the argument there based on spelling of Yavneh

Yavneh occurs three times in the Mishna. The Kauffmann manuscript has it spelt a different way each time.

Here it is with a Vav Rosh Hashana 4:2 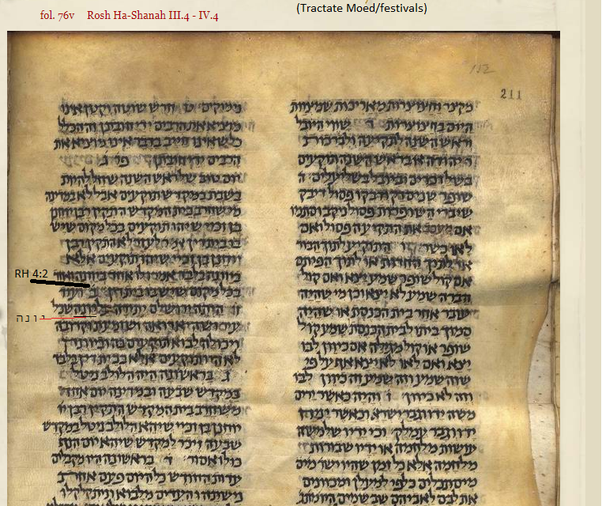 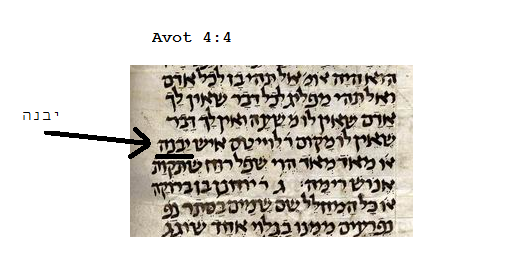 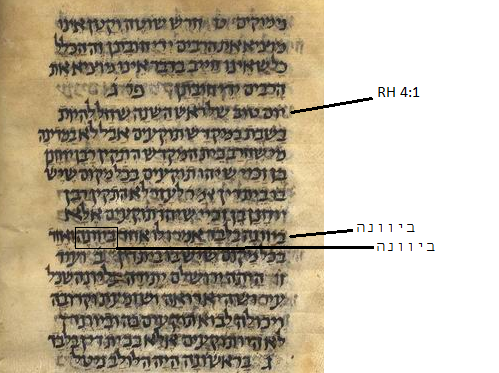 - So perhaps Yavneh spelt with a Vav is a spelling error not of Vet, but of Vav Vav. (i.e. maybe he missed a vav when he spelt it with one vav)

The word Yivneh (different of course to Yavneh), is yud vet nun heh, and the manuscript spells it as such. If he had spelt that word of any other word with a vav(rather than a vet), then there would be more of a case.

I don't know re aviv(his father), and spring.. there may be cases of that but I don't have references.. if I find that, then a further question may be, given that evidence.. is there a case that mishnaic hebrew or at least hebrew at the time of the manuscript, had that variation. That manuscript is from italy or israel. https://en.wikipedia.org/wiki/Kaufmann_Manuscript "t was written in the 10th or 11th century, probably in the land of Israel or perhaps in Italy (the experts disagree). "

The oldest variant is "waw".

Besides, Letter "ב" for "v" is a late development, originally this letter was pronounced *b. Rhyming Levi(לוי) and Navi(נביא) can only happen in a quite late form of Hebrew, in early Hebrew this would be impossible: *lewi, *nabi'

Not the answer you're looking for? Browse other questions tagged phonology historical-linguistics language-change sound-change hebrew or ask your own question.

3
To what extent are Zero Period loans from Latin into Germanic evidence that the Germanic peoples acquired technologies from the Romans?
1
What about the hypothesis that the Hebrew and Arabic definite articles both evolved from a proto-Semitic word for "god"?
3
Is there a term for the way that 'th' is pronounced differently in 'thin' and 'this'?
5
What is the name of this sound change, and do we have it in English?
0
Why is this 𓏭 Egyptian hieroglyph associated with the Hebrew letter ז [Zayin] and not the word וָו [VaV]?
1
How many vowels does spoken Hindustani have and what are the proper values of /e/ and /o/?