About the "ᵊ" superscript in IPA

I apologize for a diletant question but does "ə" in "piᵊŋ" indicate a secondary articulation? I couldn't find it in the list of "Co-articulation diacritics" on Wikipedia's IPA page. And if so, what's the difference between "piᵊŋ" and "piəŋ"? Is the only difference that native speakers of the language (Taiwanese Hokkien in this case) perceive "iᵊ" as a one sound?

By the way, another source transcribes "ing" ("ping" without the initial "p") as "[iə̯ŋ]". 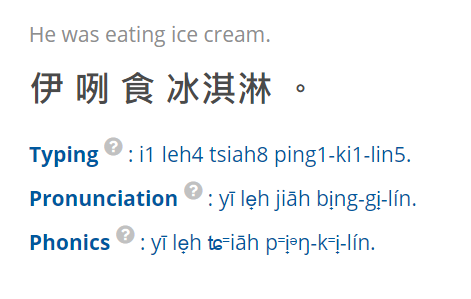 As in a previous question on Glossika's "phonics" line, this is IPA-inspired, but not strictly speaking IPA itself.

A comment above has provided the answer: it represents what could also be transcribed as [iə̯ŋ], where the schwa /ə/ is not syllabic, but an off-glide. Note that the superscript notation for /ᵊ/ (and other superscript vowels) is also possible in the standard for IPA as a glide.

This excrescent schwa is relatively well-known feature in certain varieties of Chinese, especially when there are both rising and falling diphthongs. Although I can only hazard a guess at the writer's aim, the notation does clearly distinguish Standard Taiwanese Mandarin (where 冰 has a monophthong) from Taiwanese Hokkien (where 冰 has a noticeable offglide, a feature it shares with colloquial Beijing Mandarin).

It also makes it obvious to learners; many a learner of Mandarin, when confronted with the highly diphthongised sounds of -ing in Northern Mandarin, fail to recognise it as -ing. This notation also forces learners to be careful of what the nucleus of the vowel is, as that has a bearing on the way tone is carried.

Not the answer you're looking for? Browse other questions tagged phonetics ipa chinese transcription or ask your own question.

3
What do these subscripts/superscripts mean in IPA?

16
Alternatives to IPA?
12
IPA transcription of the American English "bunched" /r/
1
Correctness of Wiktionary IPA Translation
0
What is the IPA notation for Chinese zuo4cuo4 做错?
7
Should I use square brackets or slashes when transcribing an oral text in IPA?
1
eSpeak - Use transformation to IPA in Windows
4
Question about nasal vowels in IPA
3
What do these subscripts/superscripts mean in IPA?
1
What does the ◌͇ diacritic mean in the IPA?